Begun in 1963 shortly after President Kennedy's assassination, Andy Warhol spotlights the widowed Jackie, demonstrating his interest in the media aftermath of high-profile, tragic deaths. Unlike similar print series, this portfolio is made unique by its monochromatic palette, which heightens its mournful atmosphere and fidelity to the newspaper images Warhol appropriates. 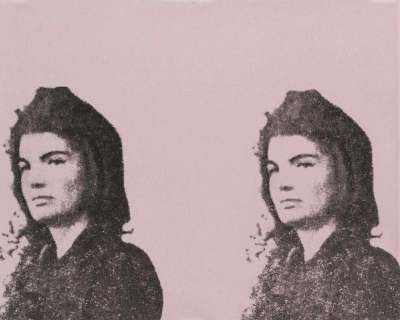 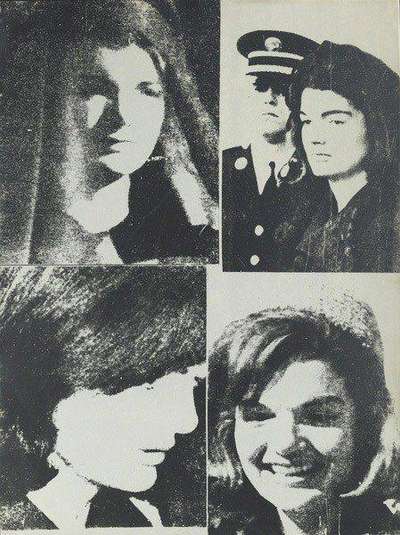 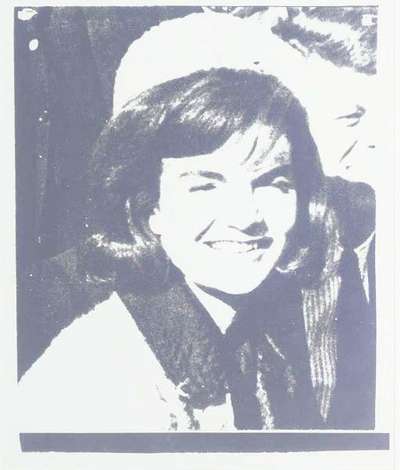 While obviously demonstrative of Warhol’s fascination with celebrity, a preoccupation with death also underlies his Jackie Kennedy portraits. Then, in 1963, the United States was brought to a standstill by the assassination of President John F Kennedy. According to reports Warhol seemed unmoved by the event, however, his interest was later piqued by the images of the grief stricken Jackie Kennedy plastered across newspapers and bulletins at the time.

That same year Warhol decided to make a portfolio of Jackie prints, choosing two photographs of her wearing her pink Chanel suit before the assassination, two from the swearing in of Lyndon B Johnson and four from her husband’s funeral. In this way, Warhol’s portfolio presents a portrait of grief haunted by the spectre of past happiness. The colours tend to be muted, with greys and blues placed on top of the deep black of the photocopied image of the former first lady, her beautiful features and glamorous style frozen in time. Though she wasn’t a film star, Jackie had captured the hearts of women all over America. Warhol’s decision to focus on her face rather than that of her husband’s shows his canny instinct for picking out an icon.

As well as commenting on the repetition of images during the media frenzy around Kennedy’s death, the works also reveal Warhol’s own preoccupation with death. This theme creeps into his oeuvre in the form of skulls, guns and electric chairs. Critics have also speculated that Warhol’s Orthodox Catholic upbringing may have influenced his fascination with famous and beautiful women, elevating them to the status of saints in a modern take on the religious icon as he imbued them with colour and sometimes even gold leaf and diamond dust. In a world where newsreaders and talk show hosts commanded more power than the heads of the Catholic Church Warhol may have seen the need for a new iconography for a secular society obsessed with celebrities. 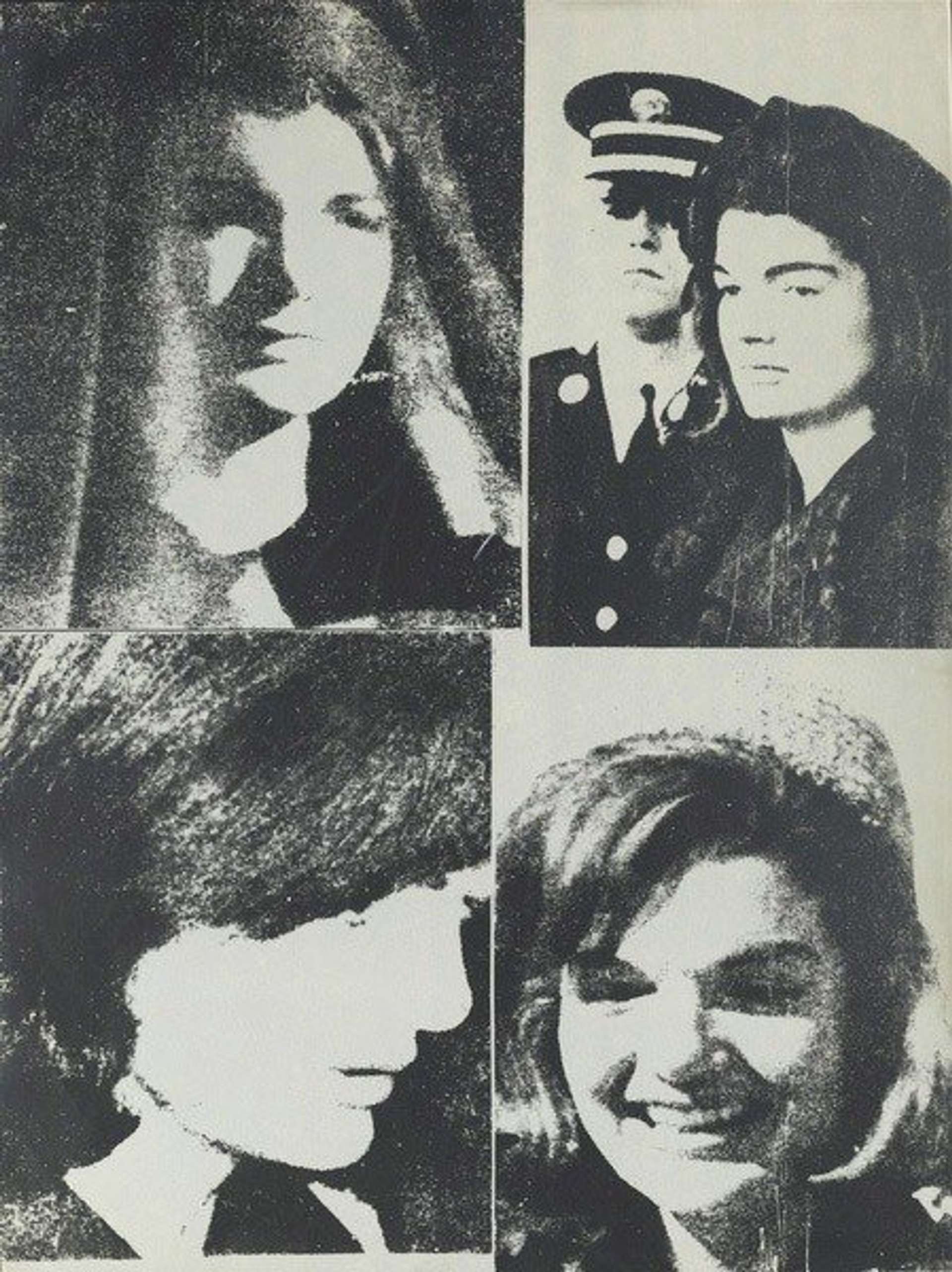 1. The series depicts the grieving Jackie Kennedy after the assassination of her husband and former US President, John F. Kennedy.

In this stark series, Warhol collaged and screen printed images of Jackie Kennedy both before and after the assassination of JFK. Her image was one all too familiar to the American public after JFK's death, and Warhol's series appears almost like a timeline of this tumultuous period in her life and American politics. 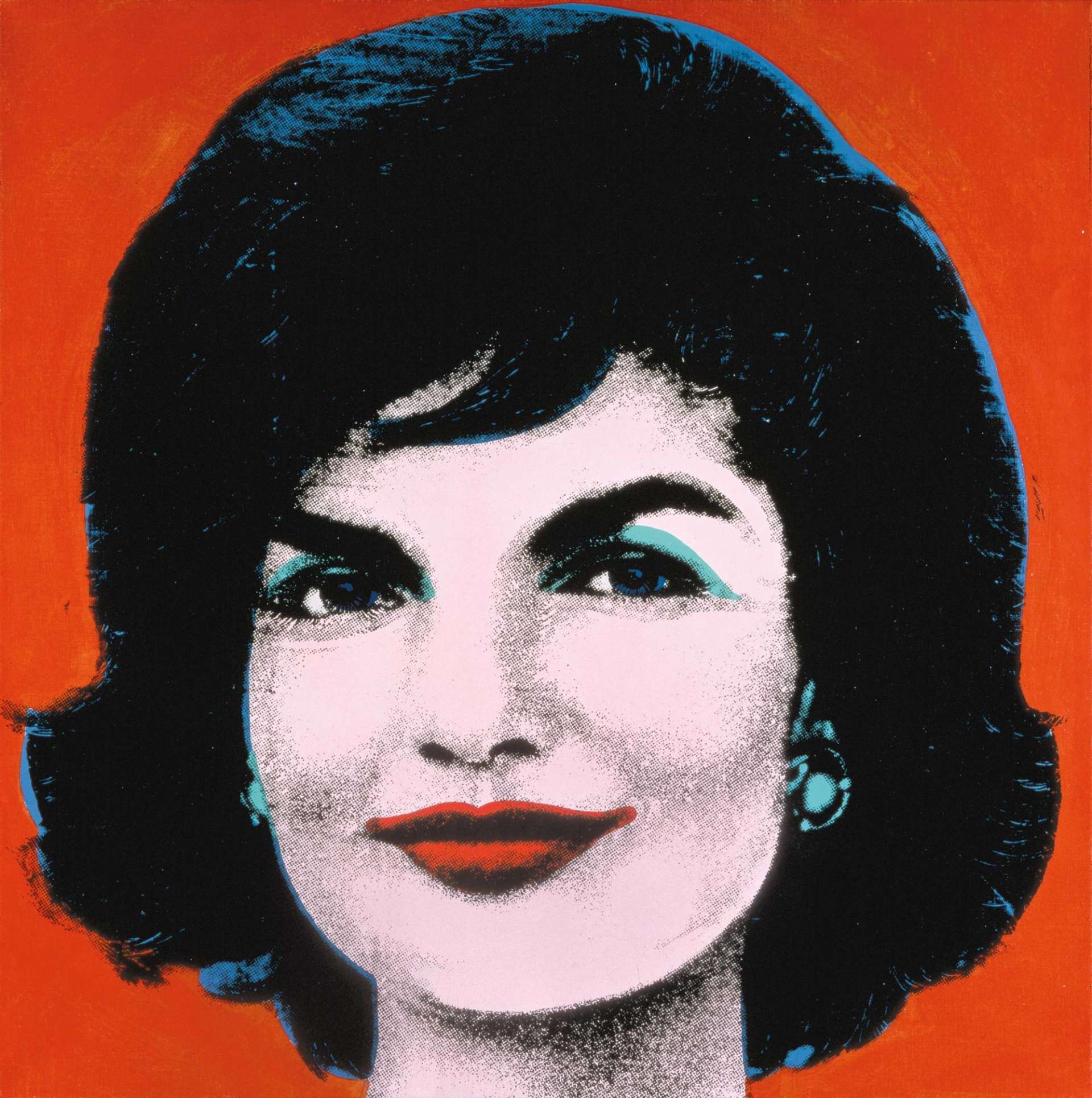 2. Jackie Kennedy was a Warholian icon.

Though Jackie was not a Hollywood starlet, she received star-studded treatment by Warhol. Much like his Pop portraits of Marilyn Monroe and Liz Taylor, Warhol's 1964 portrait of the former First Lady depicts her as a true Warholian icon, with bold colour and celebrity glamour. 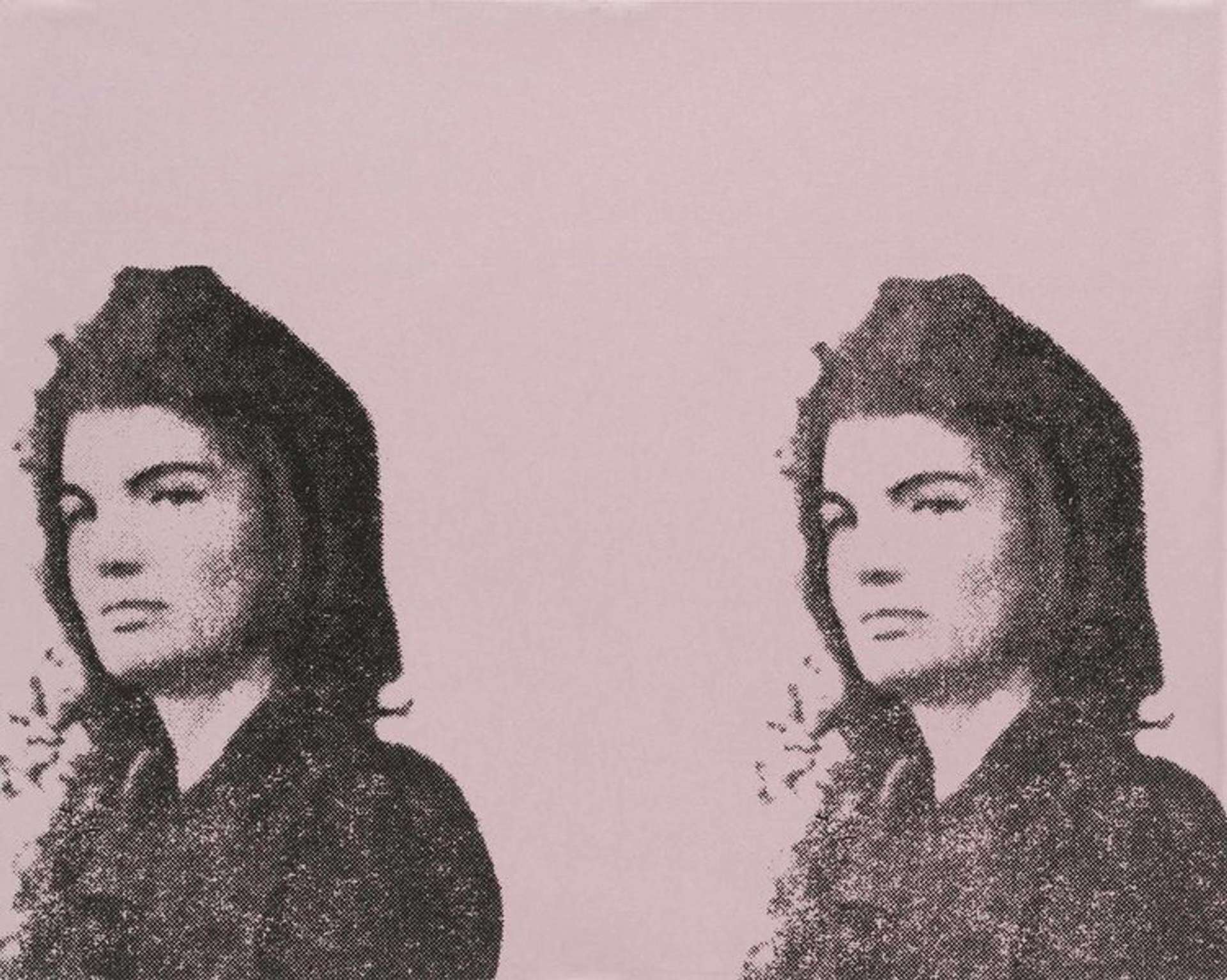 3. Repetition in the series perpetuates the glorification of tragedy in mass media.

By depicting Jackie against muted colour backgrounds and repeating her portrait over the composition, Warhol highlighted the way mass media amplifies tragedy. By appropriating familiar photographs of Jackie, Warhol proved how ingrained the catastrophe was in public consciousness. 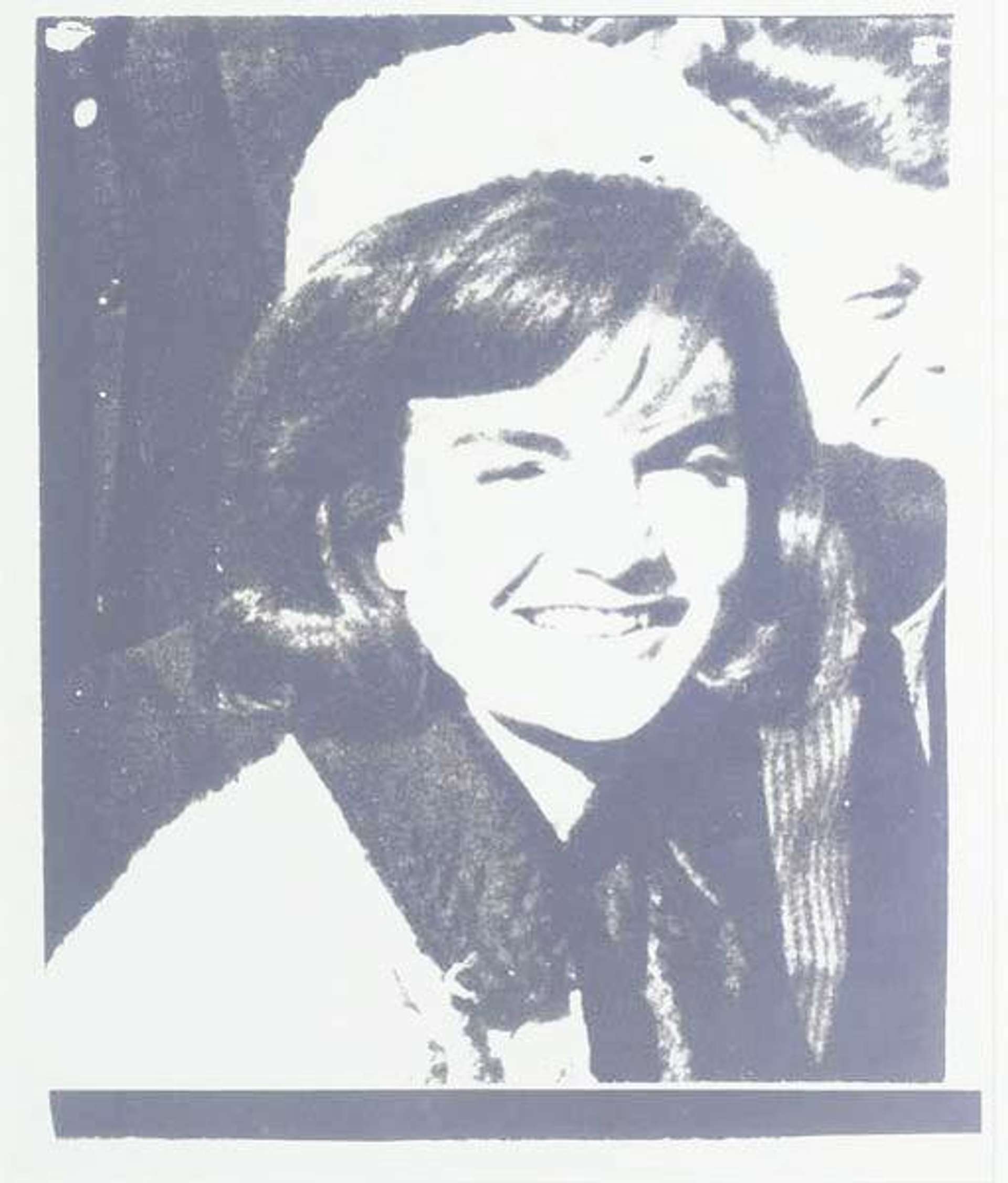