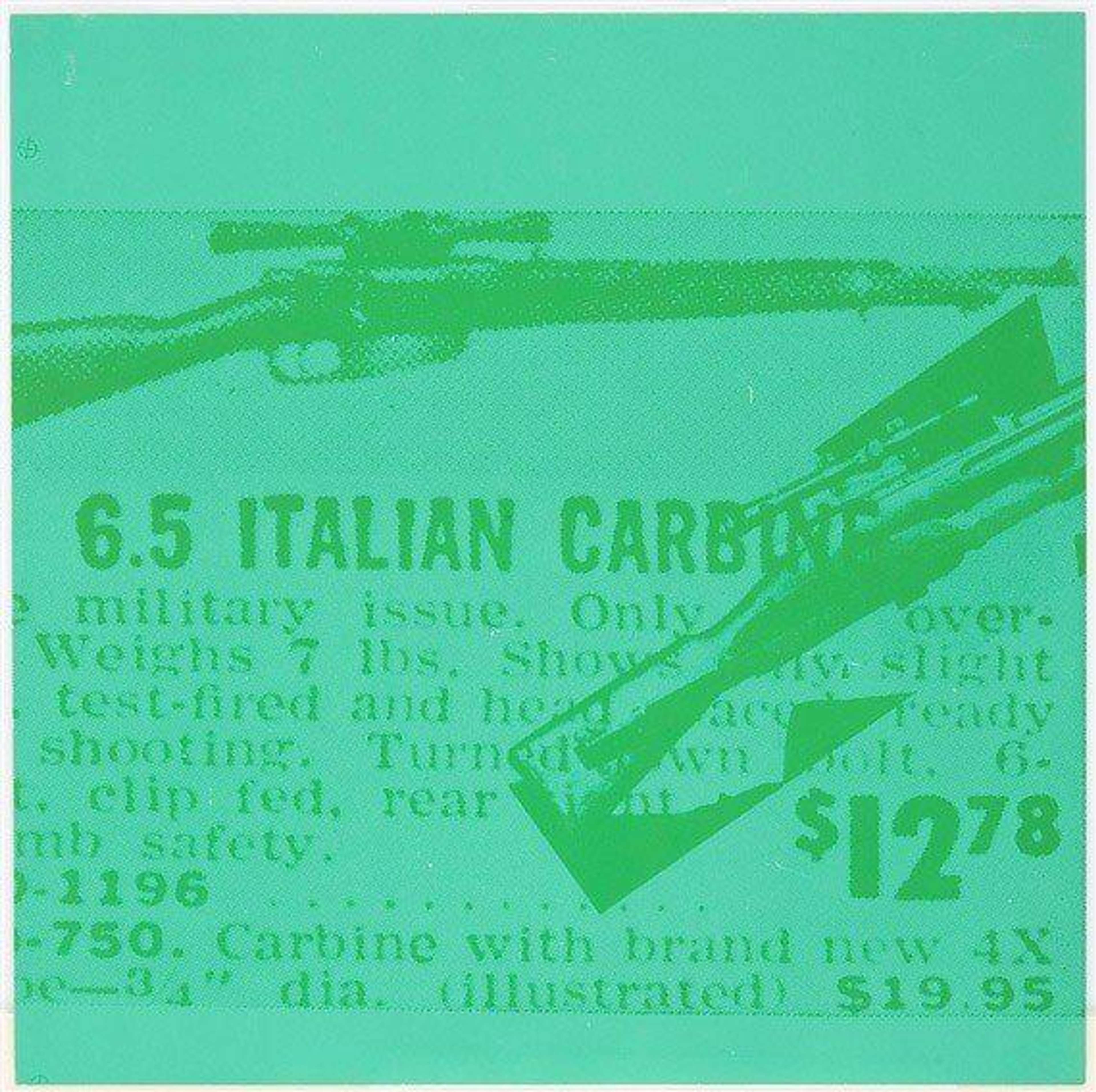 Andy Warhol’s print Flash-November 22 (F. & S. II. 37) from his Flash-November 22, 1963series (1968) shows an image of the gun used by Lee Harvey Oswald, the American sniper who assassinated President Kennedy. The print’s title stems from the phrase ‘news-flash’, alluding to a piece of highly important news in the mass-media. Warhol returned again and again to the events of Kennedy’s assassination in 1963 and its related images, notably his Jackie Kennedy prints (1965), with this portfolio being his last iteration of the subject.

Based on campaign posters, mass media photos and advertisement, the Flash-November 22, 1963 series elevates and appropriates news items into the realm of high art, so to question the value of art in comparison to this widely disseminated imagery. Warhol uses his renowned screen printing method to deliberately flatten and colour the original photograph in bright green.

Mimicking the mass-produced and widely circulated image of Kennedy’s assassination in the news-media through the screen printing method, Warhol explores how the public has become desensitised to themes of death and tragedy with the proliferation of mass-news images. Each of the prints are supplemented by Teletype reports written by Philip Greer, providing a media narrative to the images that constructs our understanding of the event. Warhol makes it clear that mass-media coverage can detrimentally shape public opinion to the extent that it eclipses individual comprehension of such grave instances.