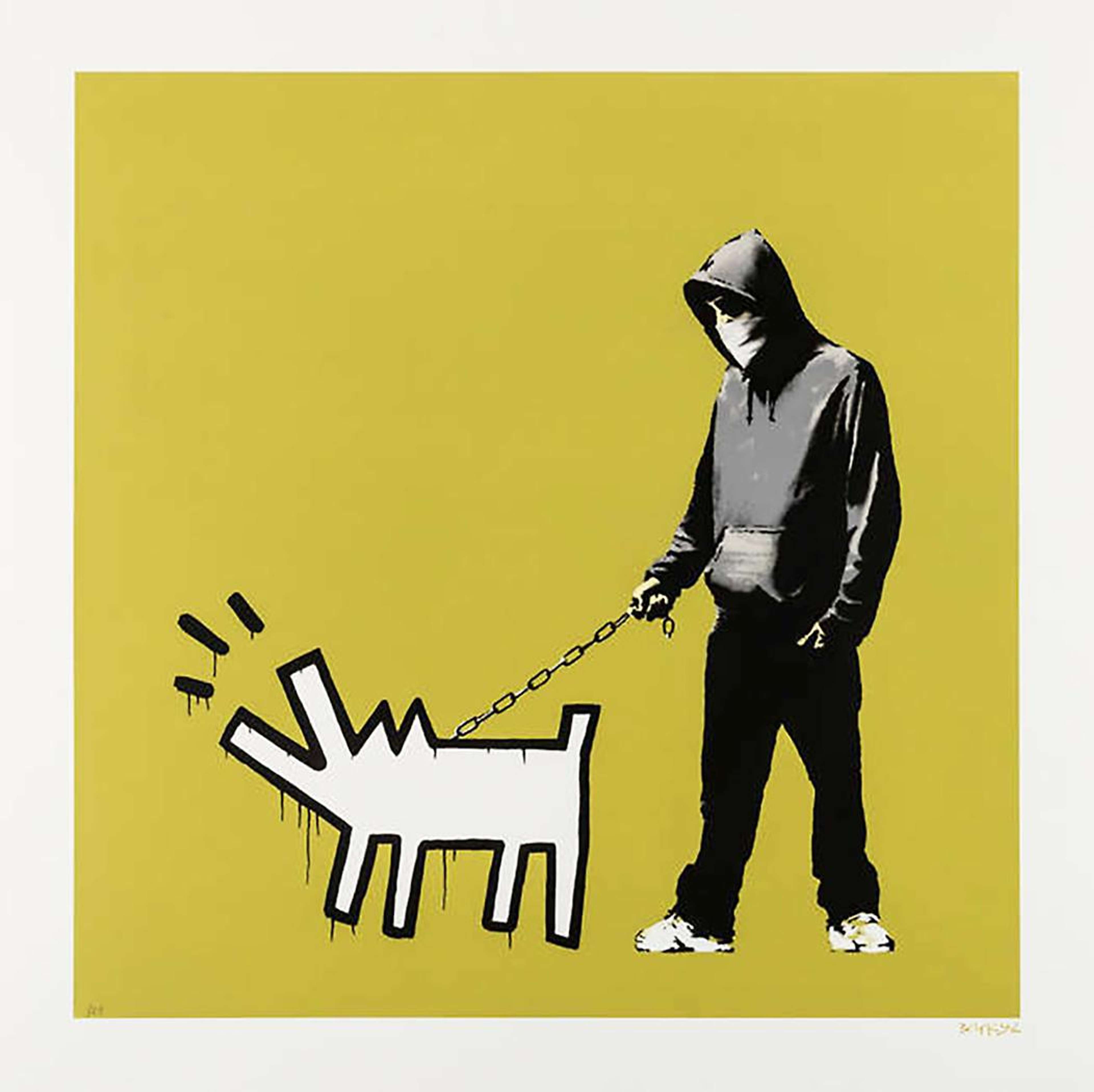 Choose Your Weapon (olive) is Banksy’s particularly desirable limited rare edition of the famous image, released as a signed screen print as an edition of 25 in 2010.

Banksy's signed limited screen print entitled Choose Your Weapon was released in 2010 in a lottery edition, available in a range of colours. Choose Your Weapon (olive) features a hooded young man in dark clothing with a barking dog on a leash over an olive background. The barking dog motif belongs to Street Artist Keith Haring and as such the Choose Your Weapon series is considered a homage to Haring. Haring’s graphic style deeply contrasts Banksy’s hyper-realistic stencils to help emphasise his message, which is thought to be a comment on London (and British) gangs who often have dogs known for their aggressive temperament.