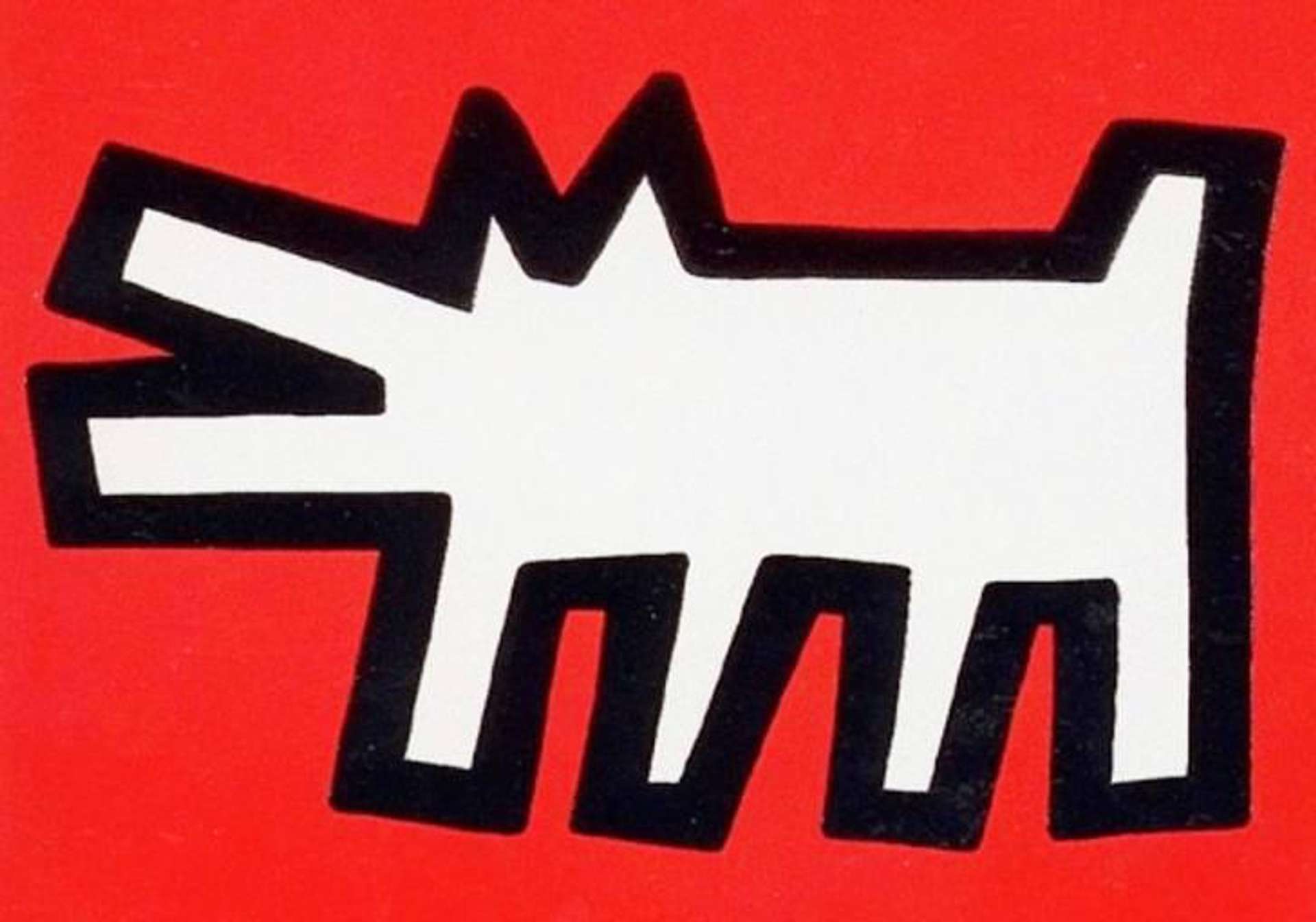 This signed screen print from 1990 is a limited edition of 250 from Keith Haring’s Icons series. Featuring a simplified line drawing of a dog barking, Barking Dog is rendered with thick, squared-off black outlines and set against a vivid red backdrop, conveying a sense of urgency to the viewer.

As a symbol that frequently occurred throughout Haring’s work, what later became recognised as a dog first began as an unidentifiable creature in his subway drawings from the early 1980s. Often depicted standing on two feet, Haring’s dog symbol is understood to be an imaginary representation of authoritarian government and people who hold power, with the image sometimes looking like a human being with a dog’s head.

Barking Dog is one of Haring’s trademark graphic symbols that bursts with vibrant colour and dynamism to form a positive visual language widely recognised by the public. Haring used this vivid visual language to communicate political and social injustices and turmoil of the time, particularly making clear his disdain with the 1980s US government under President Ronal Reagan. Barking Dog sparks a sense of urgency in its use of bright red and sharp, angular lines and thus cautions the public of oppressive government and those in power. 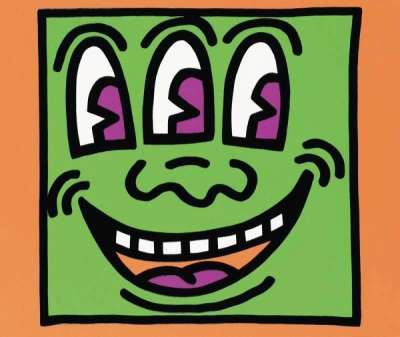