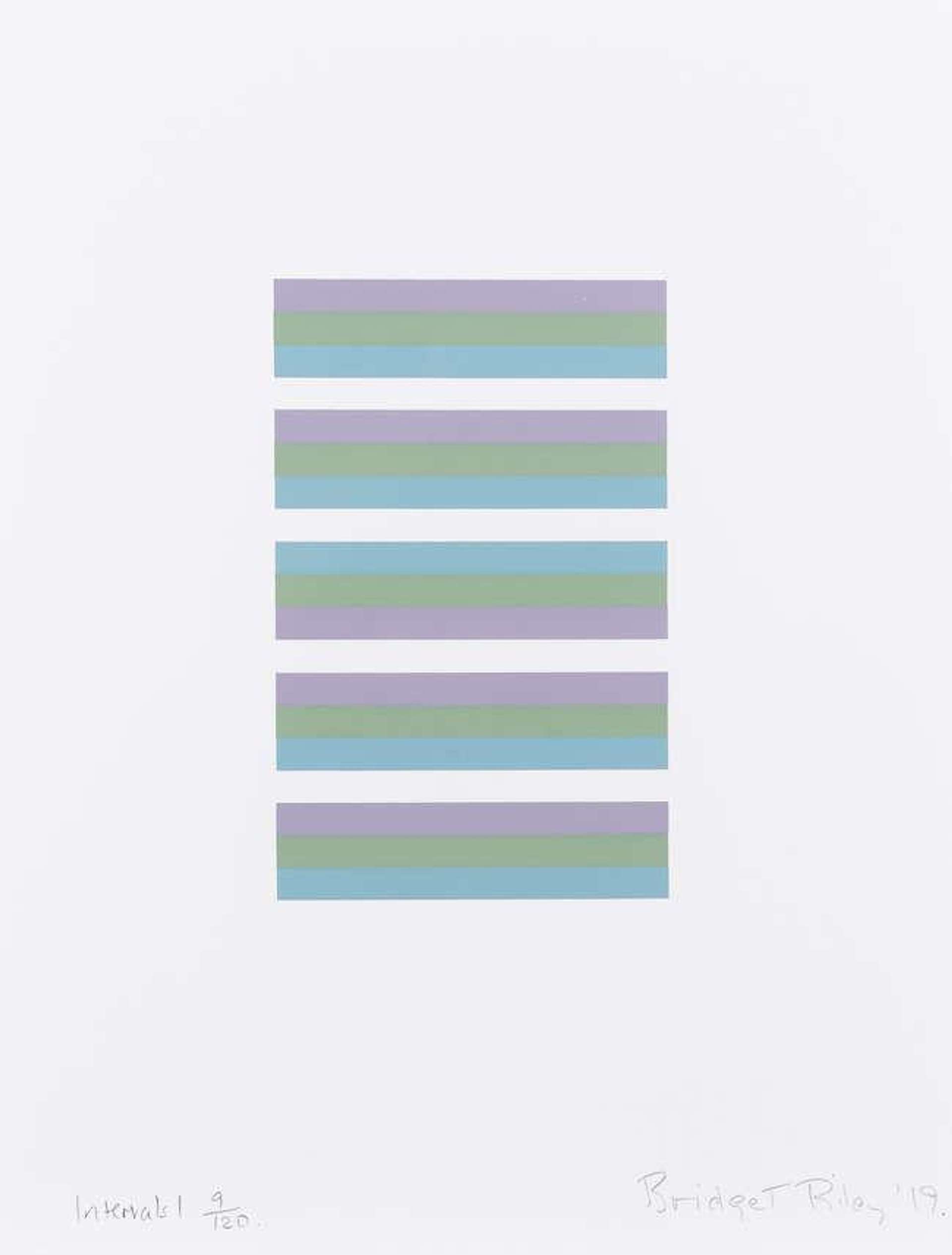 Intervals I is a signed screen print, produced by Op artist Bridget Riley in 2019. The print depicts a composition of horizontal stripes. Five bands of stripes are evenly spaced out vertically across the composition. Riley renders the stripes in cool colours, with purple, blue and green standing out against the plain white background.

The print belongs to Riley’s Intervals collection which the artist produced late in her artistic career. The collection resonates with Riley’s iconic Stripe prints which the artist started working on in 1971. Riley is known for the way in which she incorporates geometric shapes into her artworks, as well as her creation of formulaic patterns out of vertical, horizontal or diagonal lines. Intervals I resonates strongly with Riley’s philosophy that complexity lurks beneath the surface of simplicity. The simple arrangement of lines in Intervals I encourages the viewer to look closely at the print and think about a deeper meaning or significance.

Riley rose to international fame in the 1960s following a display of her black and white paintings at the Museum of Modern Art in New York in 1965. While the artist initially worked with a limited colour palette, Riley began experimenting with colour in the late 1960s which marked an important stage in the development of her visual language and her experimentation with colour. 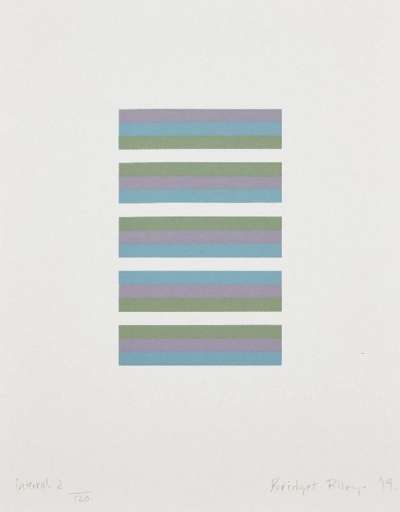