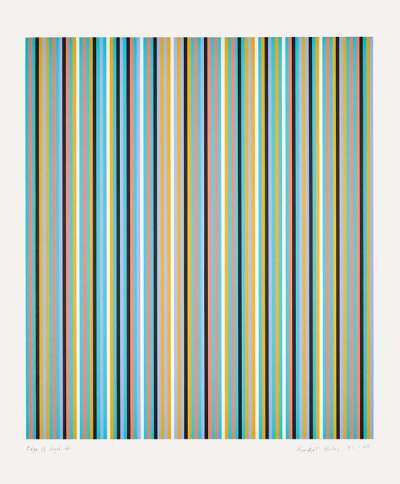 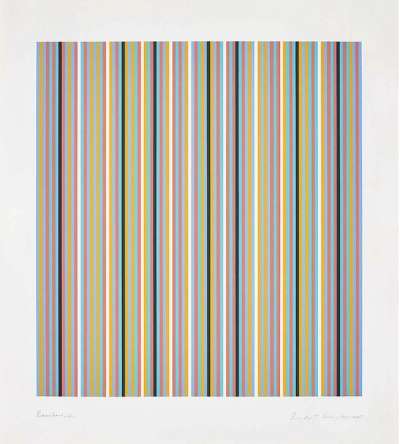 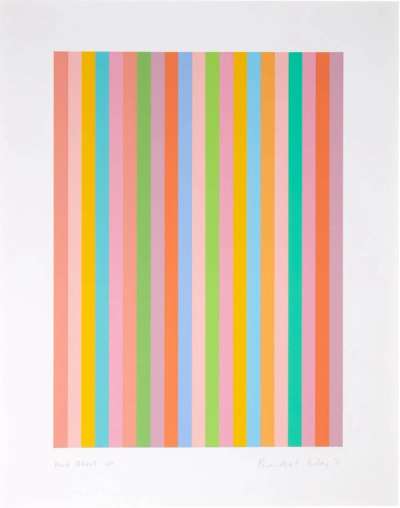 And About Signed Print
Bridget Riley 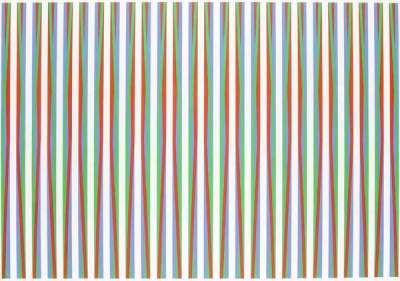 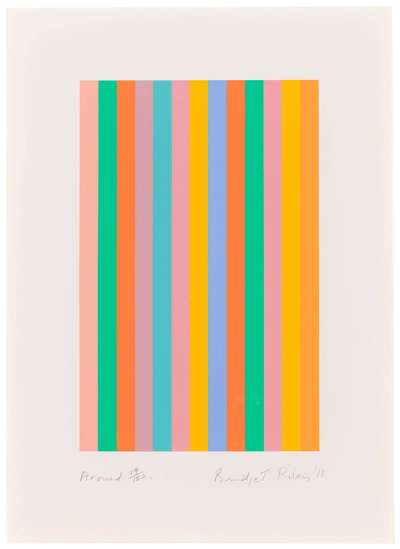 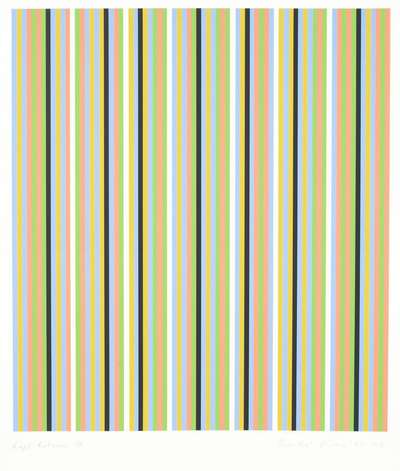 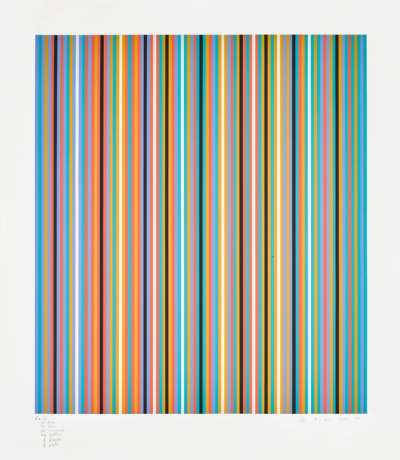 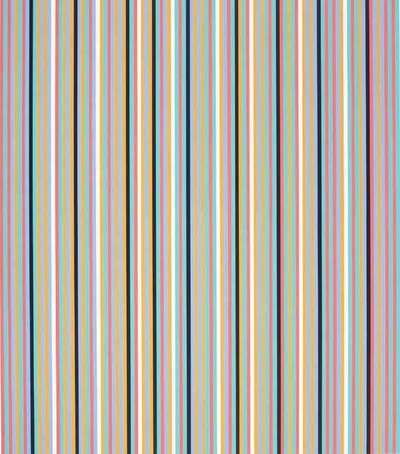 Beginning in 1971, Bridget Riley’s Stripes collection of works is the Op Artist’s most iconic. Representing Riley’s philosophy - that complexity lurks beneath the surface of simplicity, if only we take the time to notice - Stripes implores the viewer to look carefully and closely. Riley introduced colour into her previously black and white works in 1967 with her Stripes works, expanding the perceptual and optical possibilities of her compositions. Following this, Riley expanded her colour palette as she travelled: conceiving the well-known Egyptian palette (Anchaen, 1981), inspired by her travels there. Having used an array of geometric forms to pursue vibrating movement throughout her artistic career, Riley’s stripes - horizontal, vertical or diagonal, have endured.

Riley rose to international fame following the 1965 exhibition The Representative Eye at the Museum of Modern art in New York. At the time, Riley’s works were exclusively monochromatic. In 1968, Riley represented the UK at the 34th Venice Biennale, where she was also the first living British painter to win the prestigious International Prize for Painting.

In the Stripes collection of works, lines of painted stripes shimmer as colours merge and separate. Despite being a relatively constrained art form: repeated stripes of plain colour, Riley’s successive horizontal bars provide a disruptive surge of visual information. On the simplicity of the forms, Riley stated: “If I want to make colour a central issue, I had to give up the complexities of form with which I had been working. In the straight line I had one of the most fundamental forms”. The lines are uniform: of equal density and at regular intervals. Riley has suggested that these horizontally-striped works should be read from left to right to best appreciate the variations in colour between warmer and cooler hues. Each tone is created in response to the colour it superposes: “I want to create a colour-form, not coloured forms”, Riley states.

The stability offered by repetitive stripes was essential for Riley’s in-depth explorations of colour. As many artists before Riley, such as Seurat, Sonia Delaunay and Josef Albers, discovered, colours evoke emotional responses. Therefore, colour combinations can vibrate and produce alternating effects in their viewer. Hence, Riley’s Stripe prints stand as powerful manifestations of the artist’s life-long commitment to exploring colour, shape and form.

Non-representational in their degree of abstraction , Riley’s titles enable the viewer to discover and understand what experiences or moments underpin each Stripes painting. Distinctive and optically vibrant, each work in the Stripes series is unmistakably the work of Bridget Riley.