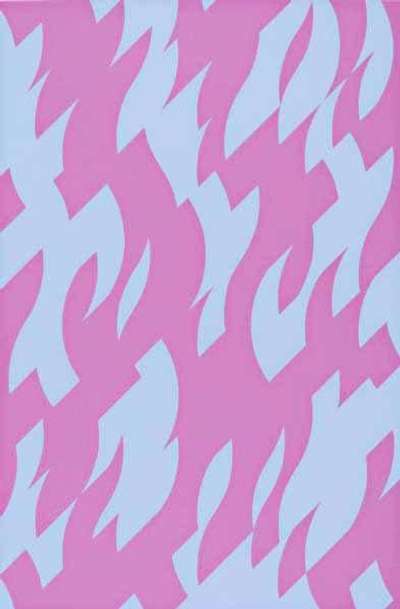 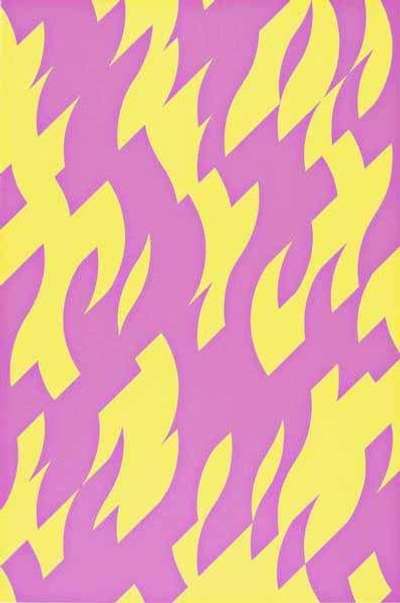 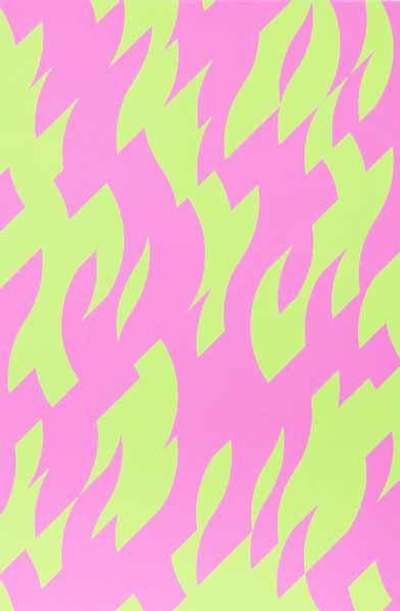 Using her infamous, sinuously curved shapes in a variety of colours here, Bridgit Riley’s Magenta series is reflective of her oeuvre in the 1980s. Her optically provocative paintings have astounded onlookers for decades as her paintings leave a lasting influence on anyone who encounters them. Still creating at the age of 91, Riley has since experimented with a variety of media throughout her artistic career, yet has remained focused on painting and printmaking. Moving away from her iconic use of monochrome, the 1980s saw Riley adopt colour in her work, whilst maintaining the precision attitude to composition characteristic of her cutting-edge ‘60s œuvre. In this print series executed in 2002, entitled Magenta, Riley uses her infamous sinuously curved shapes, which had commenced years previous with Reve (1999).

Working exclusively in black and white until the late 1960s, Riley began to experiment with colour, starting with a very limited palette, in order to explore the relationships and nuances between different colours. Riley’s understanding of tone, light and colour came from her classical training in art: all the basics of art practice and representation underpin Riley’s abstract, non-representational works, maintaining a close connection with the long tradition of painting.

Riley’s titles never describe a contextual situation, and the titles given to works in the Magenta series are exemplar of this. Here, the titles merely describe the colour combinations so the works can stand on their own with their perceptual effects. Moreover.the works in the Magenta series are composed of two colours: magenta and a contrasting, equally vibrant hue. The shapes in each are identical, thus the focus is on the varying effects of differing tonal combinations on the viewer.

The elegant, serpentine lines the works in the Magenta series are composed of evoke a sense of disjointed movement: reminiscent of a dance or the undulations of the natural world. The resulting prints are bold and dynamic as Riley develops parallelogram motifs into curved-edged shapes that slither across the two-dimensional surface. Riley demonstrates her genius by innovating within the tight strictures of geometric abstraction, continually developing masterful, vibrant works. The Magenta series is instantly recognisable as being executed by Riley, representing another aspect of her exploration into the dynamism of sight, producing a disorientating effect on the eye.