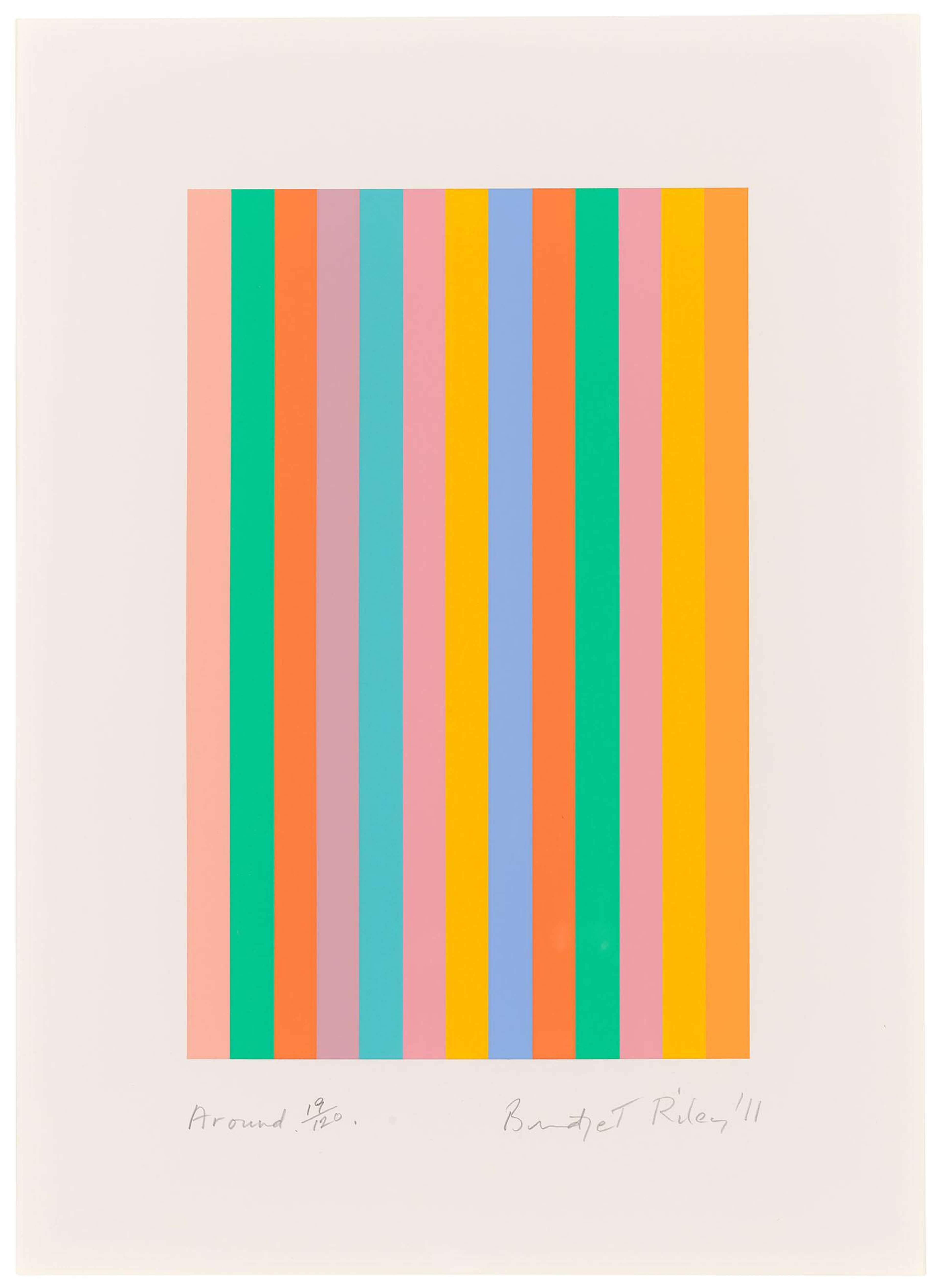 Around is a signed screen print produced by Op artist Bridget Riley in 2011. The print depicts a composition of successive vertical stripes rendered in bright colours. Repetition characterises this print as the lines all appear to be identical in shape and size. Each line is a different colour and the colours Riley employs in this print are bright, warm and vibrant, reflecting the artist’s interest in colour and how it can be used to elicit a certain emotional response in the viewer.

Around belongs to Riley’s iconic Stripes collection which the artist started in 1971. The collection is composed of a series of prints, all of which depict formulaic patterns composed of horizontal, vertical or diagonal lines. Discussing these works, Riley has stated that the direction in which the works are ‘read’ is important, as it enables the viewer to appreciate the variations in colour, between warmer and cooler hues.

Riley originally produced artworks in black and white, however the artist started experimenting with colour in the mid-1960s. Riley’s fascination with colour and its ability to evoke an emotional response has led to comparisons between Riley and other artists who explored the use of colour in their works, such as Georges Seurat, Sonia Delaunay and Josef Albers.