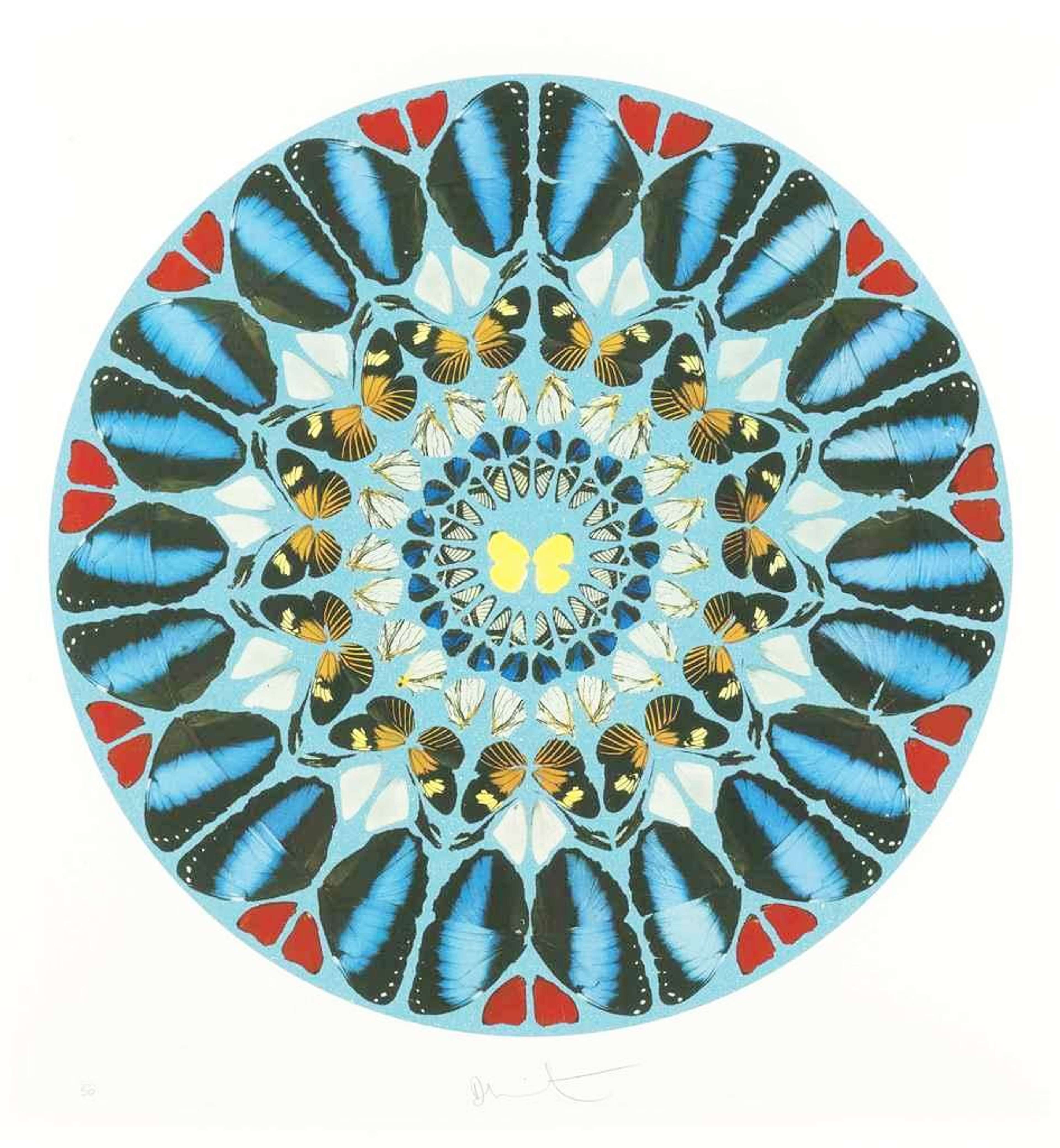 This signed screen print in colours with diamond dust was produced by renowned contemporary artist, Damien Hirst in 2010. The print is part of Hirst’s Psalms series and depicts concentric circles formed of butterflies. The print is rendered in bright colours, with blue, red and yellow dominating the composition.

Ad Te Domine Levavi is a signed screen print in colours with diamond dust produced by renowned contemporary artist, Damien Hirst. In this print, Hirst produces concentric circles formed of butterfly wings. The butterflies are arranged meticulously in a circular pattern, with a yellow butterfly occupying the centre of the arrangement. The print is composed of bright colours, with blue, red and yellow dominating the composition. The bold colours and intricate pattern bring dynamism to the impressive print.

The print, made in 2010, is part of the artist’s Psalms series. Hirst started work on this series in 2008, which is composed of 150 works, all of which are made using butterfly wings on painted canvases. Each print in the series is named after a psalm from the Old Testament, reflective of the way in which Hirst uses his art to question belief systems, such as religion. The Psalms are part of a broader series, the Kaleidoscope series, an ambitious project started by the artist in 2001, which was inspired by the intricate pattern of butterfly wings Hirst saw on an old Victoria tea tray.

The butterfly has become a signature part of Hirst’s visual language and iconography. The artist began using butterflies in his work as early as 1989, while he was studying Fine Art at Goldsmiths College and has continued to incorporate the beautiful insect into his works in series such as The Souls series.