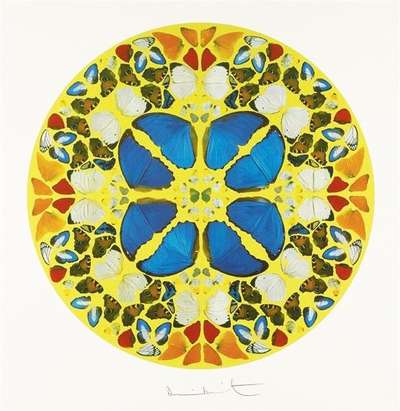 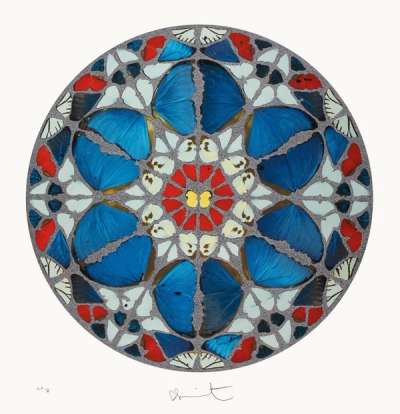 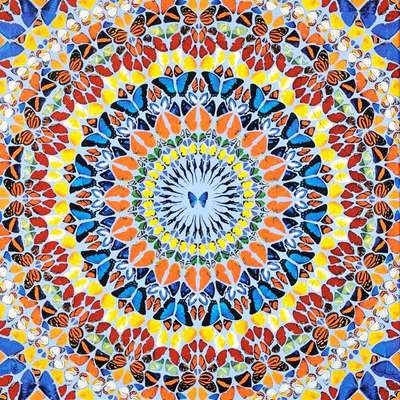 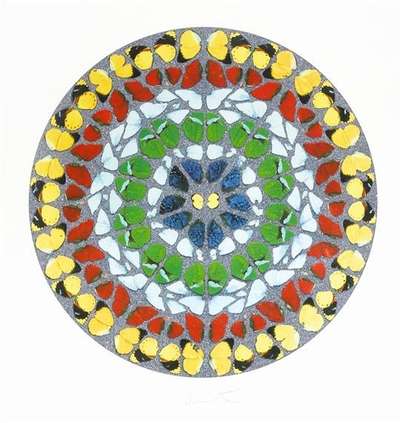 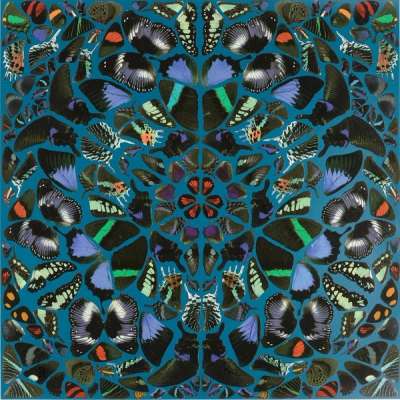 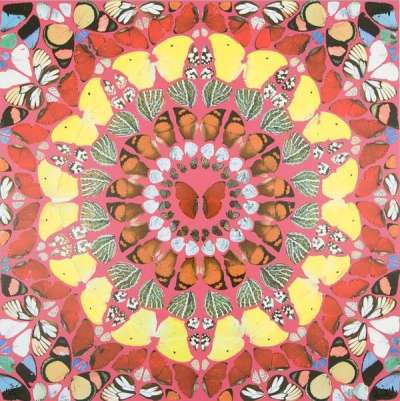 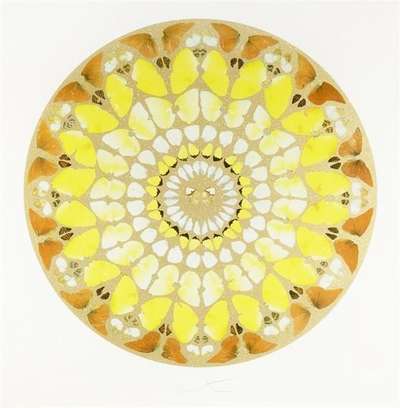 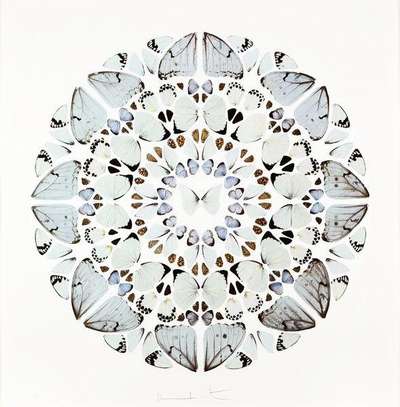 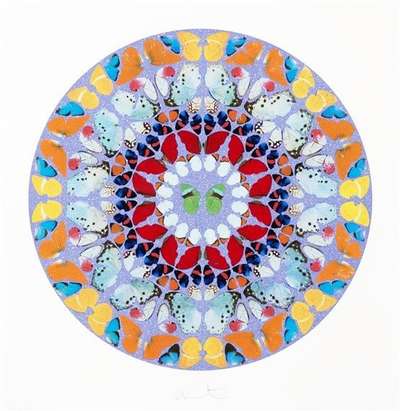 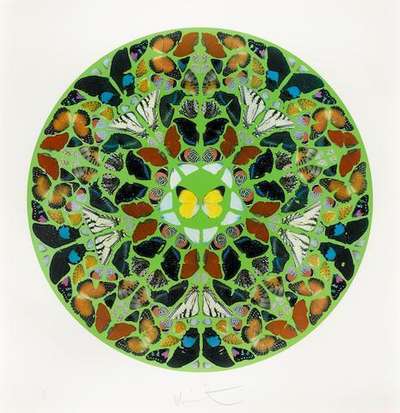 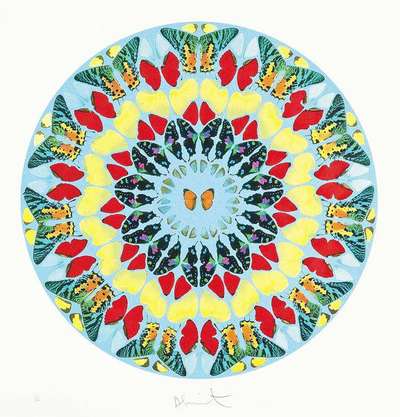 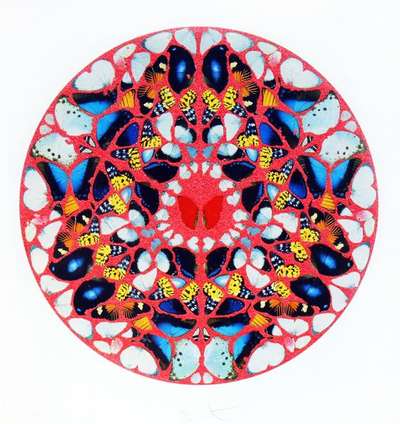 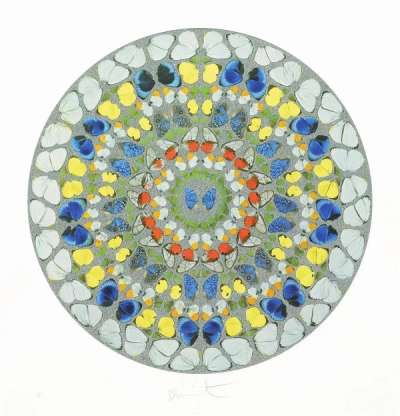 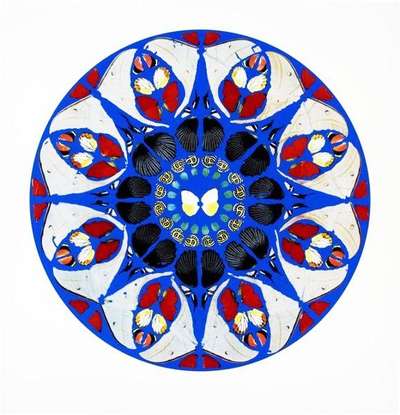 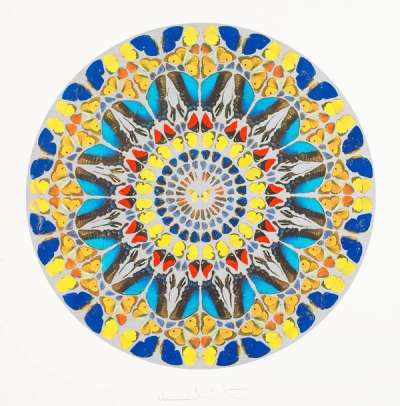 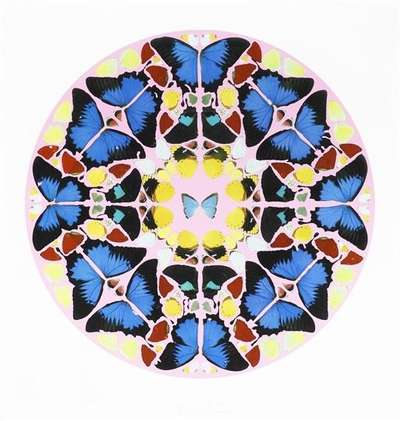 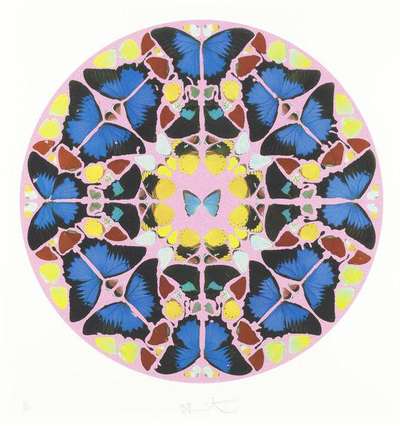 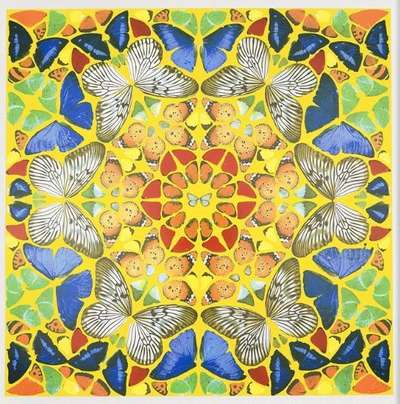 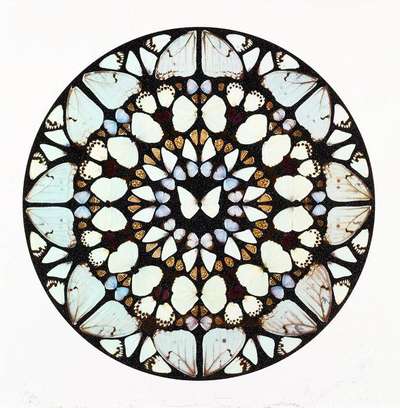 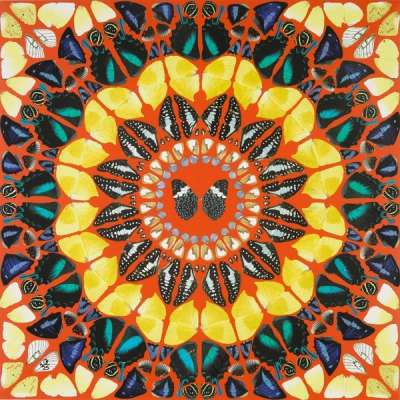 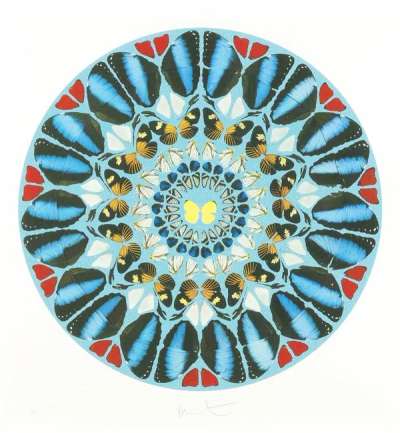 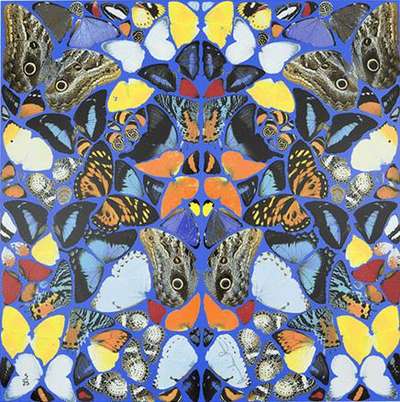 Composed of 150 prints, Damien Hirst’s Psalms reference the artist’s ongoing fascination with spirituality, and cyclical notions of life and death. The series is composed of 150 works, all of which are made using butterfly wings on painted canvases. As indicated by the title of the series, each print in the series is named after a psalm from the Old Testament. The Psalms series captures the artist’s fascination with contemporary belief systems, such as religion, as well as questions of spirituality, life and death. The Psalms are part of a broader collection, the Kaleidoscope painting, an ambitious project begun by the artist in 2001, which was inspired by the intricate pattern of butterfly wings Hirst saw on an old Victoria tea tray.

In the Psalms series, every print depicts mesmerising and spectacular patterns of concentric circles which are composed of butterflies. From afar, the viewer thinks the circles are just made up of various different coloured shapes, however when looked at closely, the details of the butterflies and their wings become apparent. The prints in this series demand the viewer pays close attention to the intricate detail within the works, acknowledging and appreciating the hundreds of butterflies that compose the prints. The series is impressive due to the meticulous patterns Hirst creates and the fact that no two patterns are alike. The prints are full of variety, making it a dynamic and exciting body of works.

Throughout the series, Hirst uses bold and vibrant butterflies to make magnificent patterns.

The butterfly has become a signature part of Hirst’s visual language and iconography, and is one of the artist’s most well-known motifs, alongside skulls and diamonds. The artist began using butterflies in his work as early as 1989, while he was studying Fine Art at Goldsmiths College in London, and has continued to incorporate the beautiful insect into his works in series such as The Souls series from 2010. Hirst’s most iconic use of butterflies was arguably in 1991, when the artist produced an installation in which butterflies emerge from pupae attached to white painted canvases kept in a humid exhibition room.