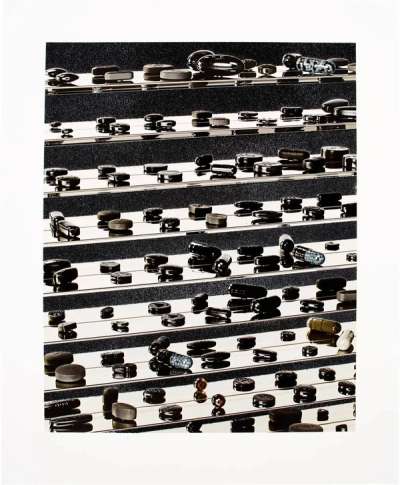 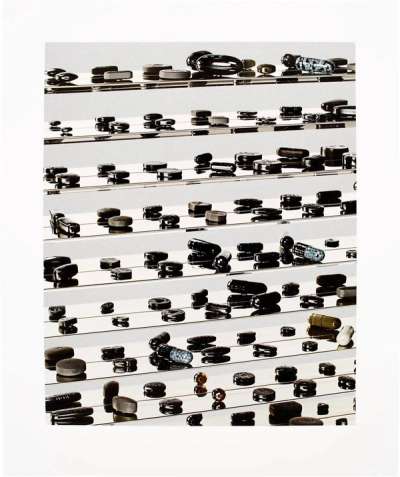 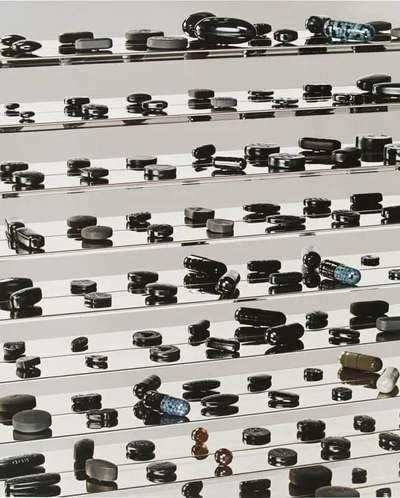 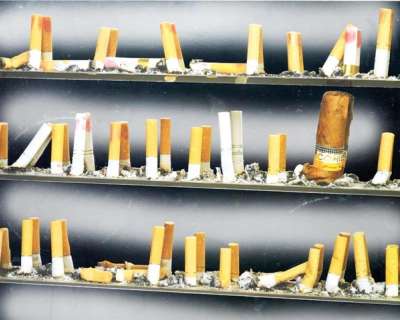 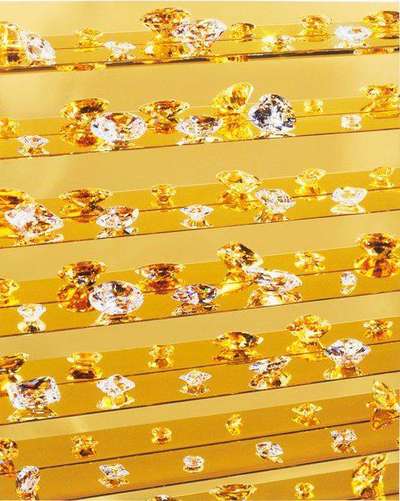 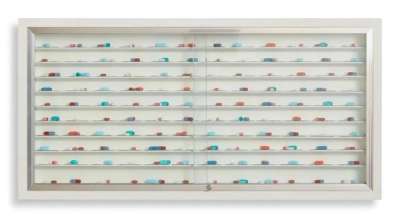 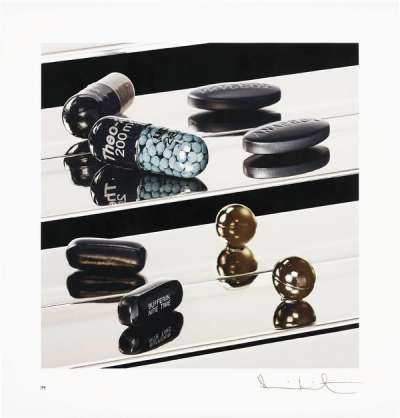 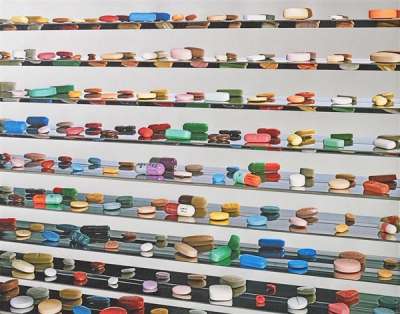 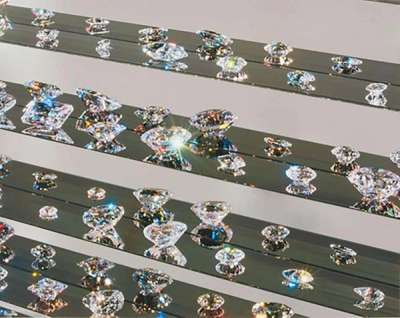 Utopia is a set of photographic prints depicting cabinets of some of Hirst’s most enduring motifs, pharmaceutical pills, cigarette butts and diamonds. The prints in the series are depicted in the style of Hirst’s cabinet works likeThe Void (2000), Memories Of/Moments With You (2008) and Purgatory (2008). The three motifs used through the series each hold unique symbolism for Hirst.

Upon first impression the prints in the Utopia series are sterile in their aesthetic, but like many of Hirst’s works, they bring profound questions of the human condition to the fore. Disrupting any binary discussion of life and death through the ambivalent symbol of the medical pill, the cigarette butt and diamonds, Hirst brings sickness, health, addiction and rehabilitation into dialogue with one another in the series. Many of the prints show medical pills on display in a cabinet. For Hirst, the display of pills represents a state of mind and the way that the contemporary individual has the ability to control feelings in body and mind through modern medicine.

One of the prints in the Utopia collection, Hell, shows a cropped image of Hirst’s installation Dead Ends, Died Out, Examined from 1993 that displayed a series of stubs in a glass-fronted cabinet. The motif of cigarettes and smoking have featured repeatedly throughout Hirst’s artistic oeuvre as a symbol of the unacknowledged harm that they cause to the body. Of this Hirst has said, “Smoking may do more harm than heroin, although they both end in death. Legal drugs are far more frightening than the illegal kind. If you’re not breaking the law, it’s harder to know where the boundaries are.”

In Gold Tears, diamonds feature as a symbol of glorious eternity. Diamonds have featured in one of Hirst’s most enigmatic works, For The Love Of God from 2007 that is a sculpture of a skull entirely covered in diamonds. For Hirst, diamonds are the ultimate expression of positivity and perfection in the face of death. Gold Tears is indicative of this sentiment, notably in its title, making clear the ambiguity between eternal beauty and the melancholic realisation of loss inherent to eternity.

I Once Was What You Are, You Will Be What I Am