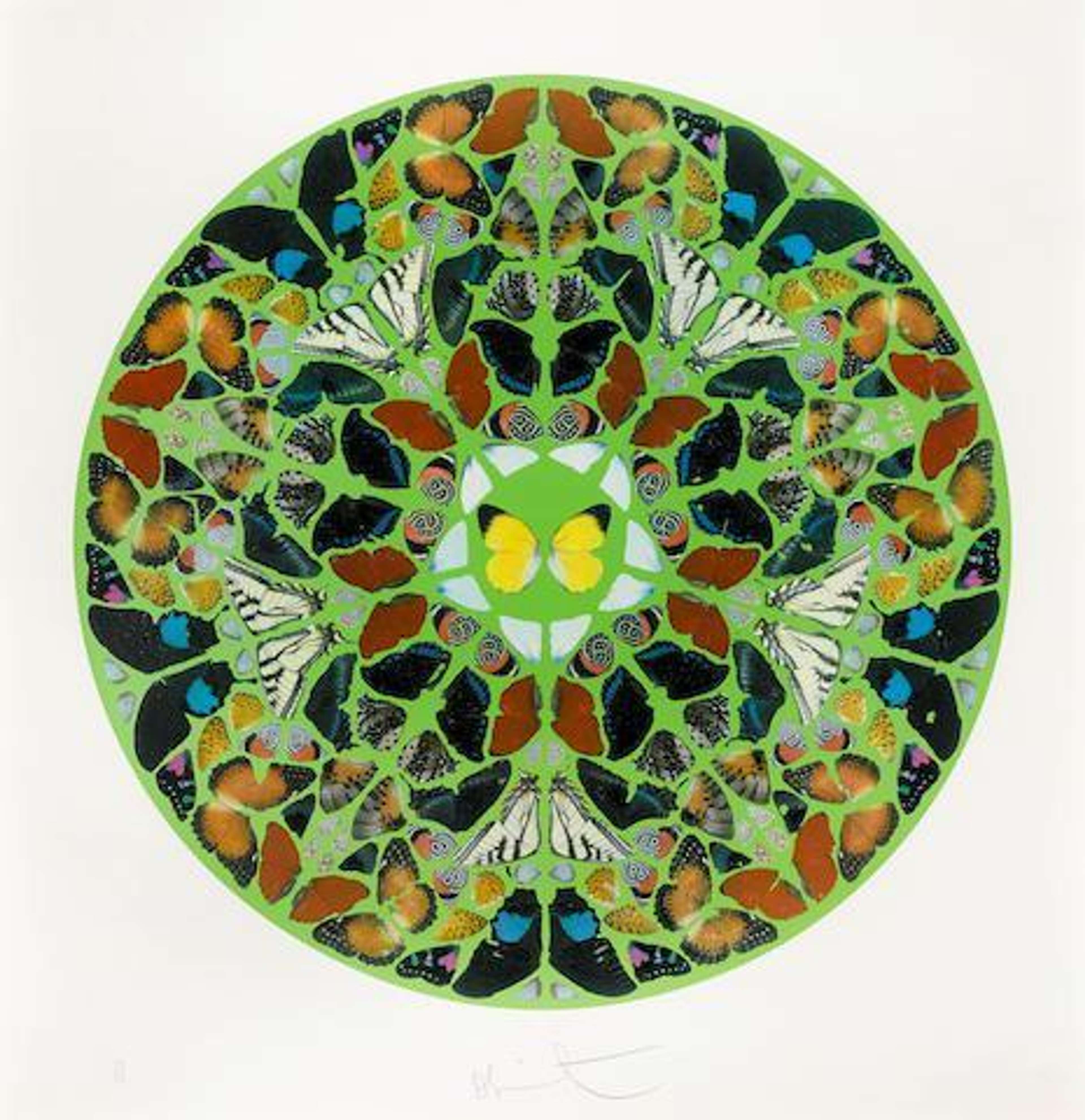 Domini Est Terra is a signed screen print with glaze and diamond dust produced by renowned contemporary artist, Damien Hirst. Hirst uses greens, bright blues and and warm yellows to produce a beautiful arrangement of butterfly wings. Circles of butterflies emanate from a tiny, yellow butterfly with tipped wings which is placed in the centre of the composition.

The print, which was made in 2009, is part of the artist’s impressive series, Psalms. Composed of 150 works, each print is made using butterfly wings on painted canvases and named after a psalm from the Old Testament. The series title captures Hirst’s fascination with contemporary belief systems, such as religion and his desire to explore these systems through art.

The butterfly itself as an icon carries significant spiritual symbolism. The butterfly was used by the Greeks to depict the Psyche and found in Christian imagery to signify the resurrection. As well as the symbolic significance of the butterfly, the perfect symmetry of the circular patterns can be seen as inspired by the Gothic stained-glass windows found in churches and the circular patterns of Buddhist mandalas. The prints in the Psalms series are imbued with religious influences which can appeal to a wide range of viewers, regardless of their spiritual beliefs.