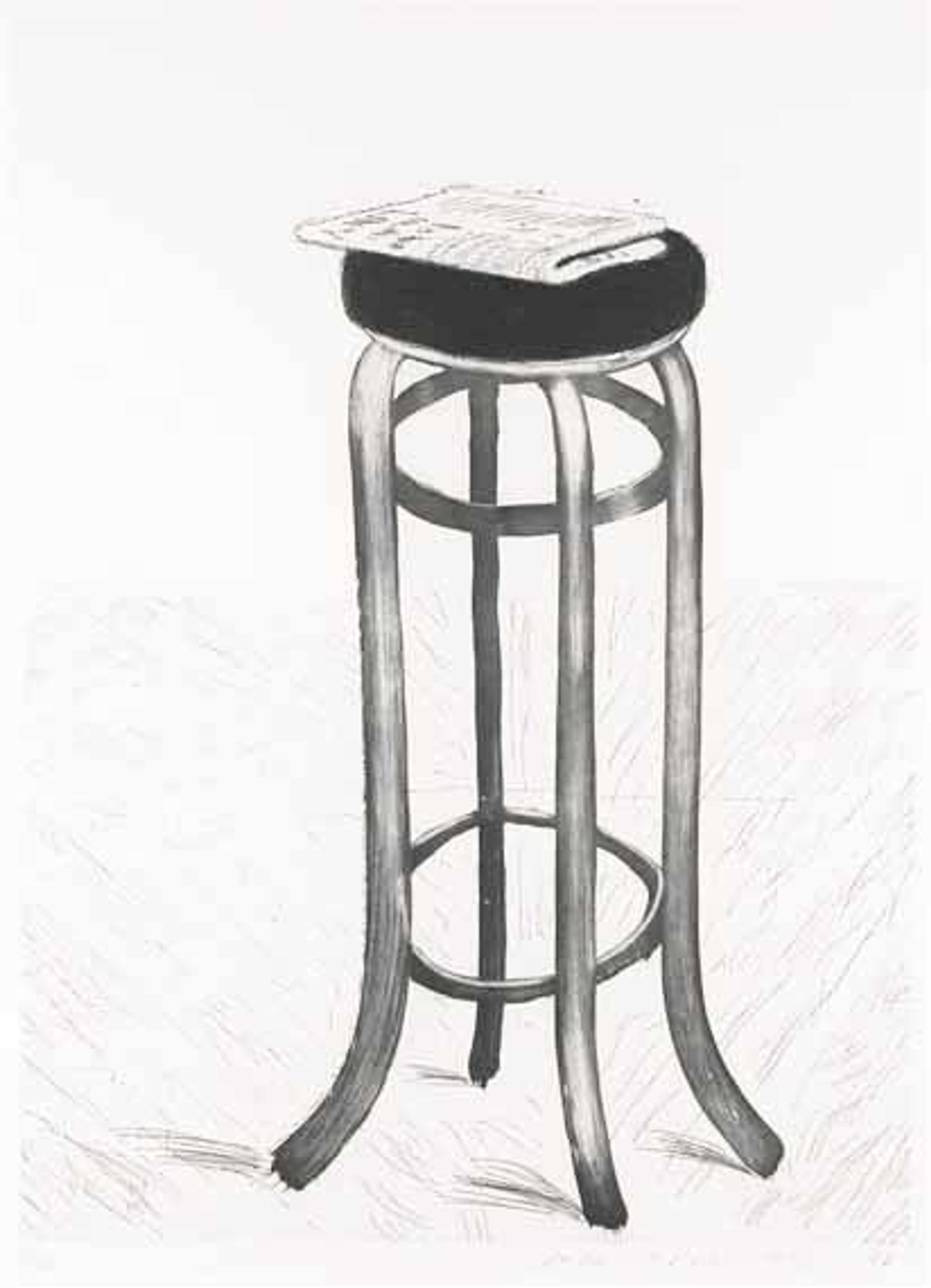 A bar stool sits in space, devoid of context except for the folded newspaper placed upon it. Its steel legs appear like a bird cage that has been elegantly dismantled. Save for a faint shadow and a few marks to denote the floor, the stool has been divorced from its usual setting. And yet the scene is filled with expectation, as if the piece of furniture had been set up for a portrait and has been recently vacated by the sitter. While David Hockney is perhaps most famous for his portraits he also showed a great interest in furniture and particularly chairs, of which there are two in this series, perhaps because of their close relation to his sitters and their ability to act as stand ins for figures in empty interiors. In Steel Stool With Newspaper he manages to almost anthopomorhise the stool, giving it character and feeling as it stands perhaps lonely, perhaps waiting for a sitter. An accomplished etching, the work also shows Hockney's mastery of the medium and his ability to render light and dark, detail and shadow as deftly as if the plate was just another page in his sketchbook.