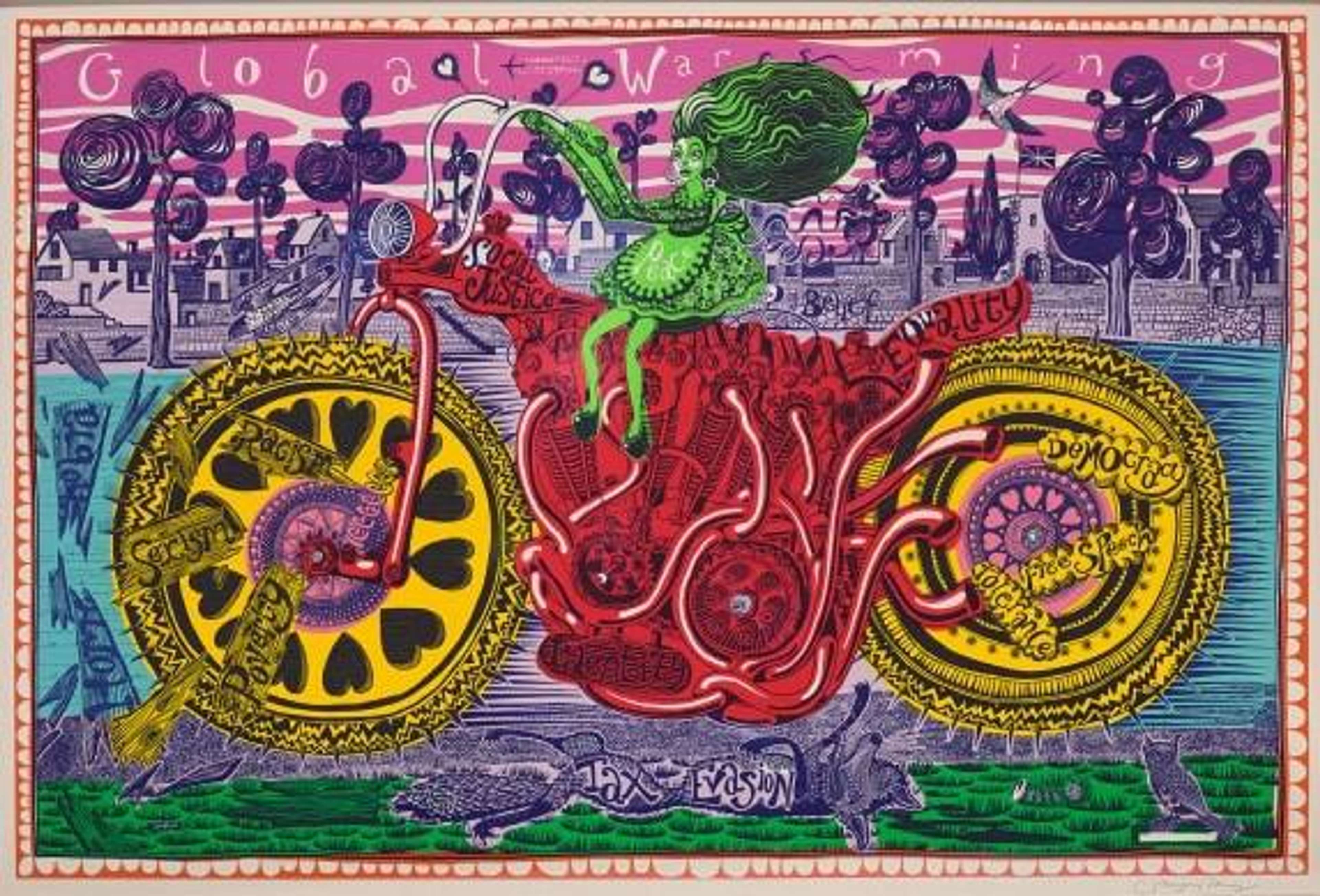 This signed etching from 2018 is a limited edition of 68 from Grayson Perry’s Summer Exhibition series. The etching is dominated by the representation of a green, Amazon-like figure intent on riding a bright red and yellow carriage, while surrounded by a phantasmagoric purple and pink background.

The etching was made on commission by Perry for the Royal Academy’s 2018 Summer Exhibition, which the artist curated, handpicking over 1300 works of art to be exhibited across the galleries of the London institution. Having been a Royal Academician since 2011, Perry was thrilled to make a print that would reflect the broader theme of the exhibition, art and politics. The artist stated that since the Royal Academy elected him as a printmaker, he thought it would be appropriate to make a print for the show, which he would display in the Sackler Wing of the building.

In Selfie With Political Cause Perry imagined a carriage or machine that would make right by the world, crushing and walking over tax evasion and breaking homophobia. As its journey progresses, the machine absorbs societal evils like poverty, racism and sexism and instead asserts the principles of social justice, equality and democracy. Admittedly utopic and satirical in tone, the artist declared he was inspired by an Indian miniature of an equestrian woman and was suddenly struck by the possibilities for political allusions that image offered him.

Bringing together Perry’s style made of wavy detailed patterns and bright colours together with his witty political and social commentaries, this etching is a testament to Perry’s distinctive ethos, recognised internationally for its humour and vivacity.