I Am The One I’ve Been Waiting For (yellow) 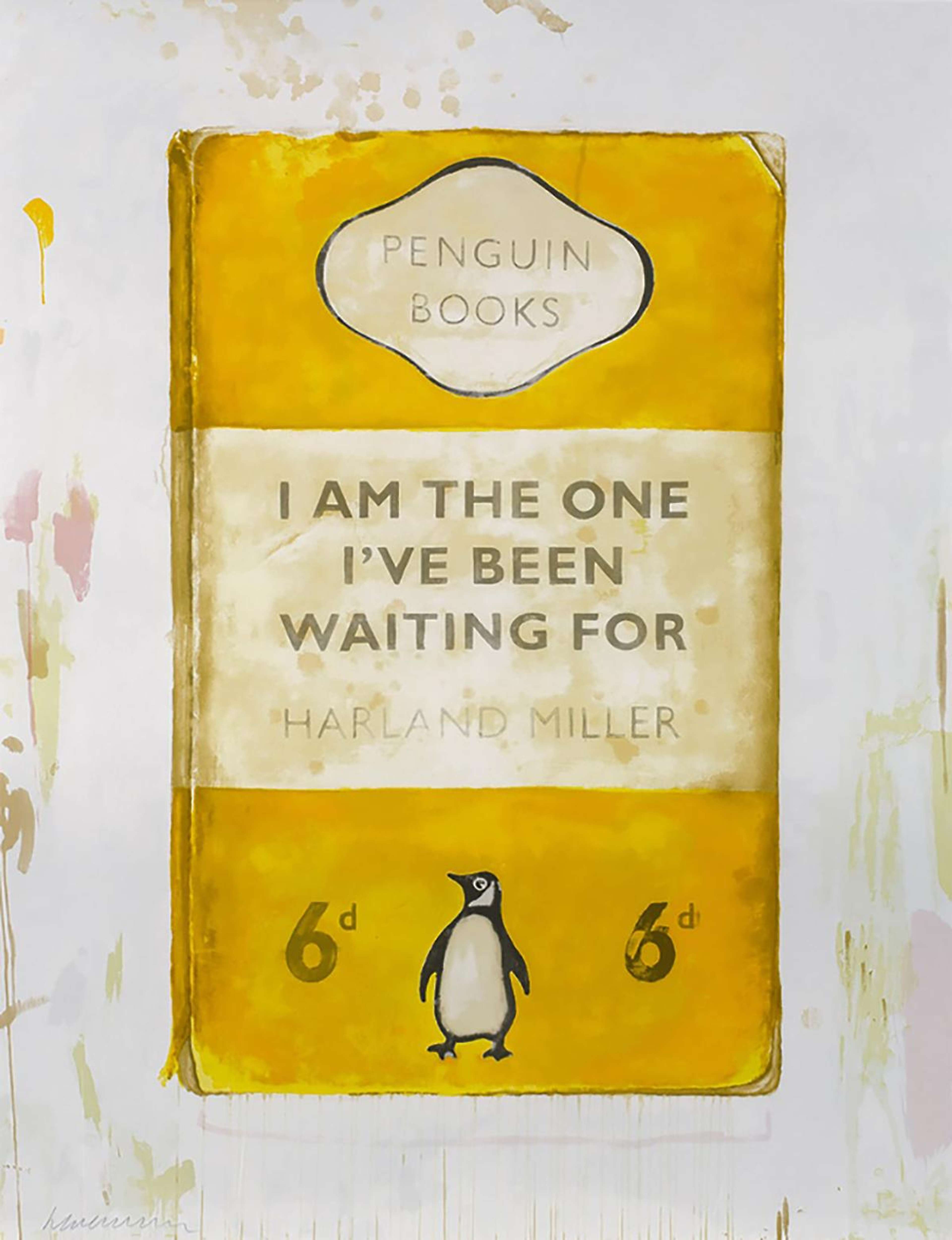 Born in Yorkshire in 1964, Harland Miller is a British artist and writer, best known for his expansive photo-realistic canvasses that reinvent the familiar dust jackets of Penguin books. I Am The One I’ve Been Waiting For, from an edition of 50, belongs to this recognised series of works.

Penguin books secured an important place in Britain’s recent history and first started publishing in 1935, at the time the humble paperback was the property of the working classes and held subversive power. A revolution in the way that the population were reading books, the rise of the Penguin paperback came to stand for the widely accessible ownership of literacy in the British public, and the brand itself also quickly became a collectible. Miller was inspired by the rebelliousness of these paperbacks, closely bound to our own human character as well as a powerful sense of community, as well as their inherent position in his country’s collective cultural consciousness and celebrates these ideas in his own work.

Miller himself actually first achieved widespread critical recognition as a writer, with his debut novel, ‘Slow down Arthur, Stick to Thirty’ published in 2000. Then in 2001, merging his interests in image and text, Miller began creating a series of works based upon the Penguin book covers, which he picked up from thrift shops during his time spent living in Paris, but that also reminded him of his childhood in the North of England. Inspired by writers such as Ernest Hemingway and Scott Fitzgerald, Miller was able to incorporate his love of classic literature with painting. I Am The One I’ve Been Waiting For is an archetypal example from this body of work, which combines figurative painting with elements of popular culture and literary imagery. The faded cover, torn edges and stained, smudged pages nostalgically recall a lifetime history of love and use, that visually references our intimate, long-standing relationship with text and language, a visceral, physical connection between person and page that passes through the generations. The American painter Ed Ruscha is a clear influence for Miller, marrying text and image in a radical juxtaposition using slogans and phrases to compliment his paintings. Mark Rothko, too, is another such acknowledged source of inspiration for the British artist, using bands of colour such as the pink and white seen in the visual aesthetic of I Am The One I’ve Been Waiting For.