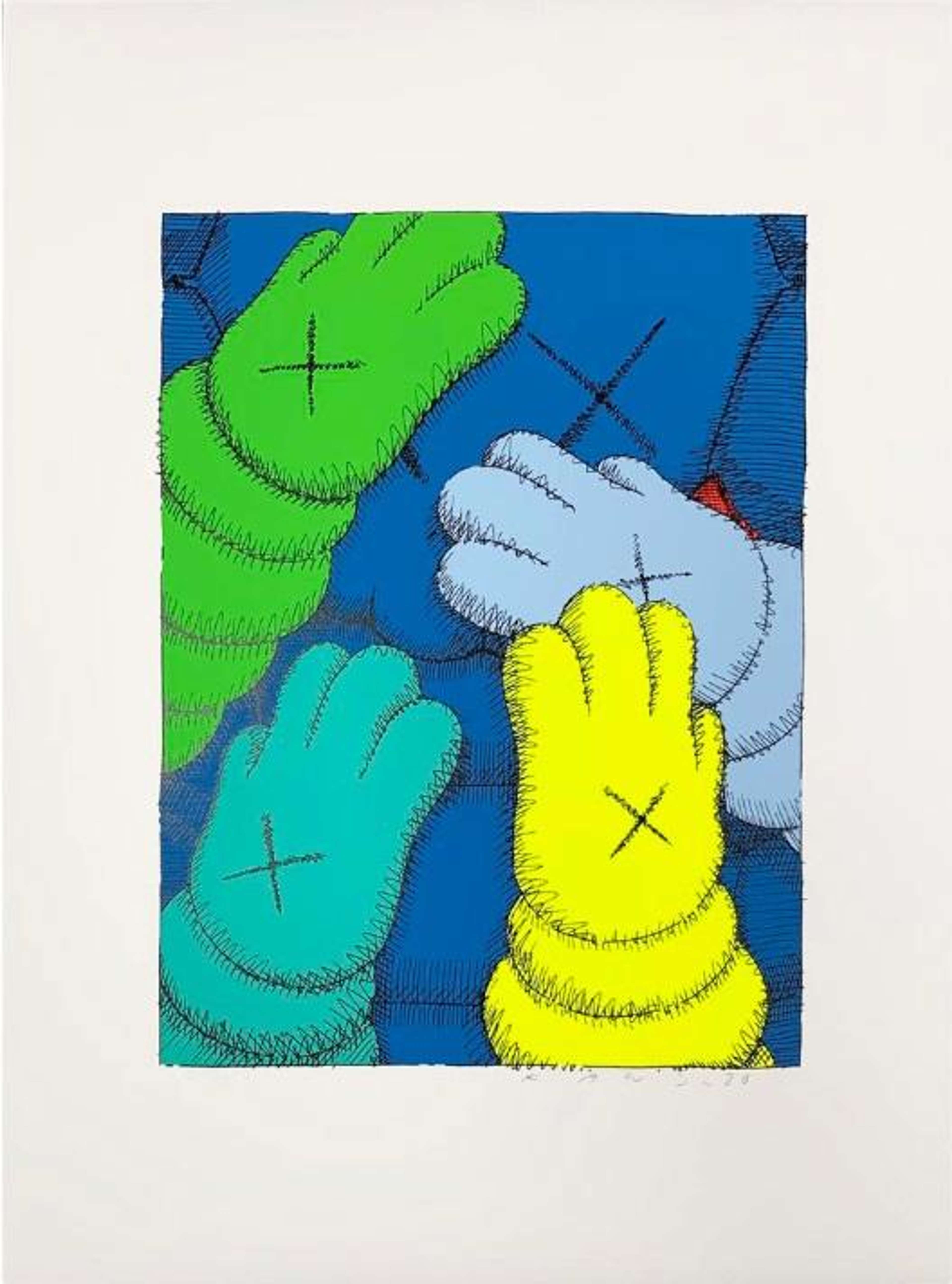 Urge 3 is a signed screen print in colours produced by the renowned American artist and designer, KAWS in 2020. The print depicts Companion, one of KAWS’ iconic cartoon characters. Companion is rendered in the centre of the composition in blue, however the cartoon’s body and face are obscured by four hands that reach out across him. Each hand has a cross on it, a trademark feature of KAWS’ visual language, which matches the crosses on Companion’s face which are drawn where his eyes should be.

This print can be seen alongside nine other screen prints that compose the Urge collection. Each print has a similar, yet unique design, privileging different colours and a novel arrangement of hands. This collection is exemplary of how KAWS often incorporates cartoon characters into his artworks. The artist has created an impressive cast of figurative characters which frequently reappear throughout the artist’s work. Companion is one of KAWS’ oldest characters, first appearing in 1999. Other popular characters created by KAWS include Accomplice, Chum and Bendy.

KAWS’ characters recur throughout his oeuvre in different settings and iterations, reflecting the artist’s love for animation and cartoons. The cartoon figures are often depicted in shy and timid poses, as is seen in Urge 3, and Companion is often rendered covering his mouth and nose with his hands, seemingly powerless.