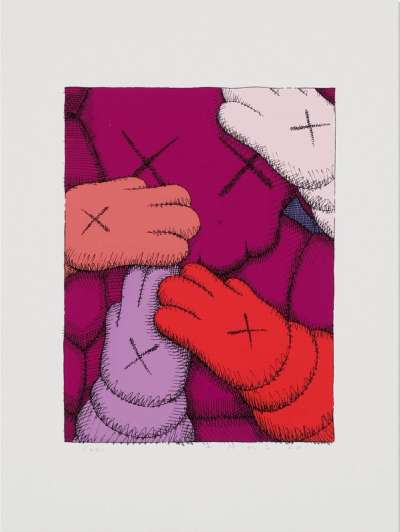 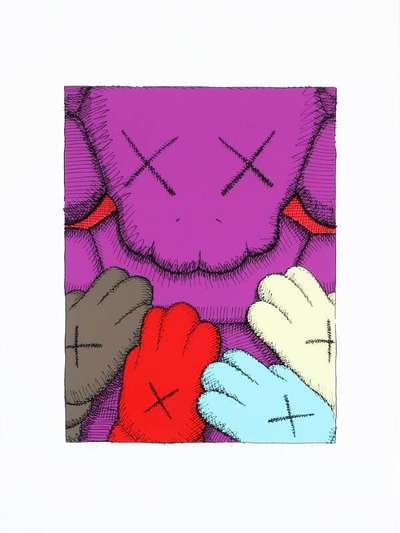 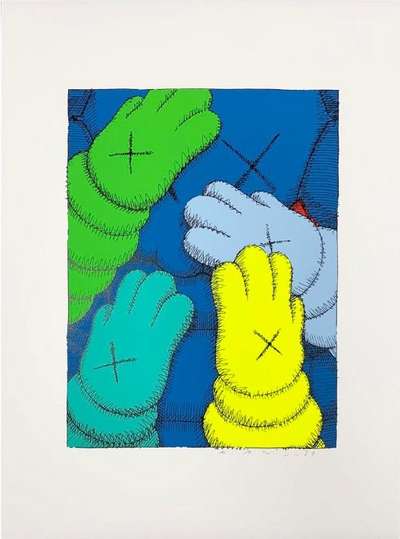 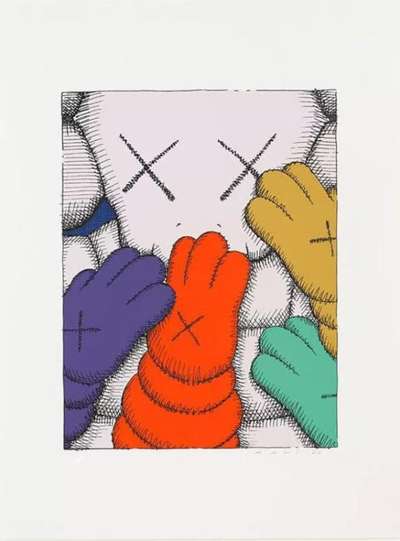 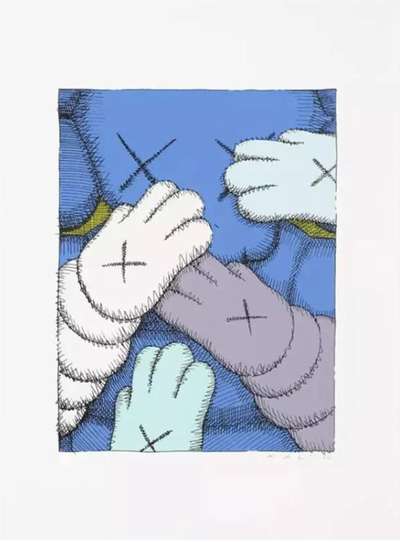 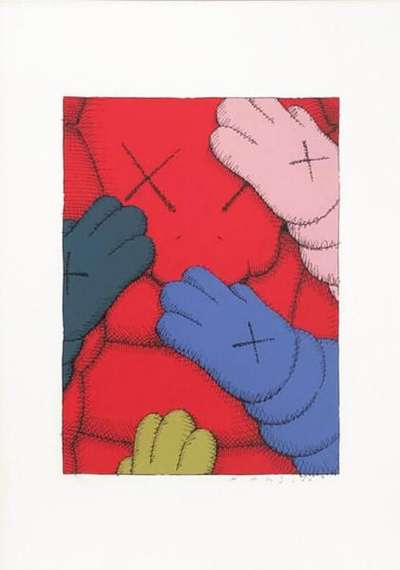 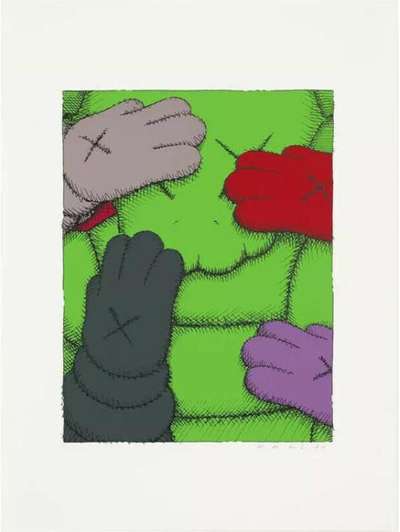 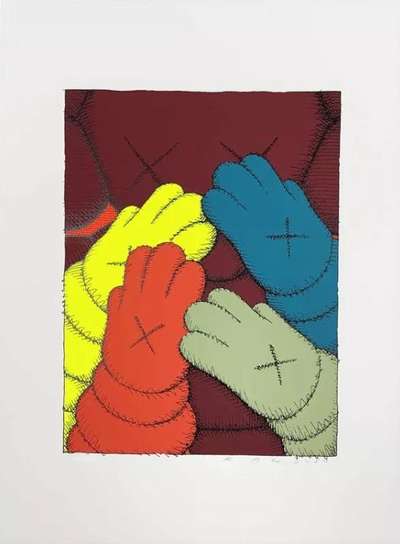 A 10 part print series released in 2020, Urge by Kaws features his most famous cross-eyed cartoon character, Companion. The collection is made by the iconic American artist and designer KAWS (born Brian Donnelly). Each print in the collection depicts KAWS’ much loved cartoon character,Companion. Characterised by his inflated skull and crossbones head, crossed out eyes and Mickey Mouse-like body and gloved hands, Companion has become a prolific figure, recognised worldwide and closely associated with KAWS’ name.

KAWS often incorporates Companion into his art and has an impressive cast of figurative characters that he repeatedly draws on in his artistic creations. Companion is one of KAWS’ oldest characters, first appearing in 1999.

Initially drawn in 2D, KAWS’ rise to fame led to the Japanese toy company, Bounty Hunter, commissioning KAWS to produce and sell a vinyl Companion toy. Later, in 2012, Companion was adapted into a balloon for the 2012 Macy's Thanksgiving Day Parade, as part of its "Blue Sky Gallery" of balloons. KAWS has gone on to produce additional sculptures of Companion for exhibitions in Switzerland, Hong Kong, Taiwan, Málaga, London and China.

Other notable cartoon characters created by KAWS include Accomplice, Chum and Bendy. Like Companion, these characters are repeated throughout KAWS’ artworks, recurring in different settings or in slightly different iterations. KAWS’ characters are often depicted in a shy and timid pose. As seen in Urge, in which Companion is depicted covering his mouth and nose with his hands, KAWS imbues these characters with a sense of powerlessness.

The Urge collection exemplifies KAWS’ distinctive visual style. KAWS’ prints are instantly recognisable, not only due to his use of original cartoon characters and repeated motifs, such as crossed out eyes, but also because of his emphasis on colour and use of bold gestural lines. KAWS’ style and use of the screen printing technique has meant the artist is often likened to Andy Warhol, the pioneer and father of the Pop Art movement. KAWS’ cross-market appeal and wide-reaching popularity resonates with Warhol’s international fame and his ability to blur the lines between commercial and fine art, as well as ‘high’ and ‘low’ culture.