Irish contemporary painter Conor Harrington creates large-scale, dramatic works through a unique combination of graffiti and classical renaissance imagery. If you are looking to buy or sell a Harrington original print or edition, browse artwork available from our network and enquire to speak to the team. We offer free and confidential valuations and market advice on any Harrington print, with zero obligation to sell. 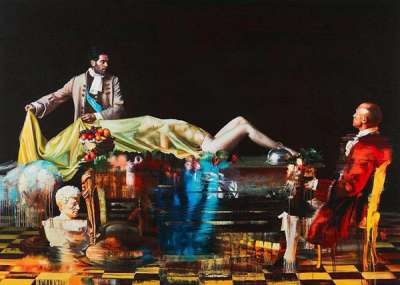 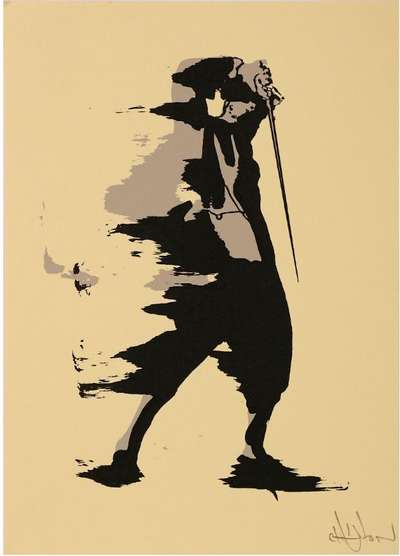 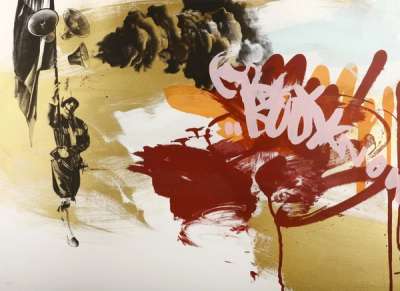 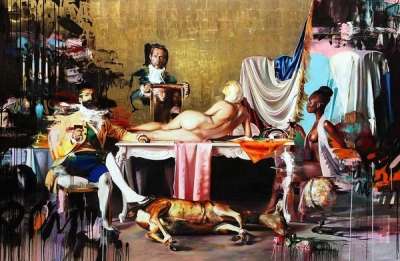 When We Were Kings Signed Print
Conor Harrington 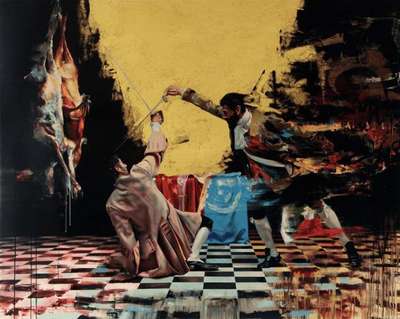 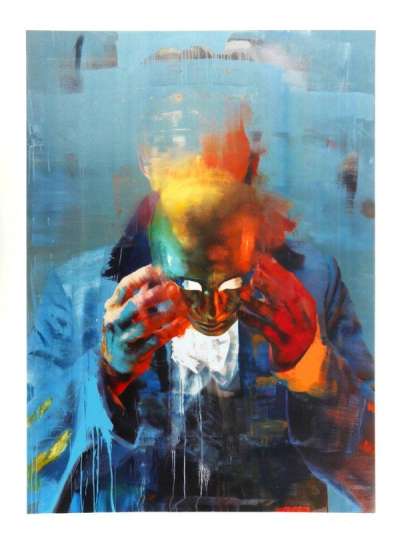 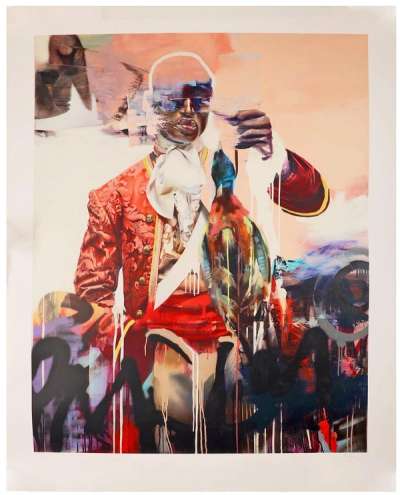 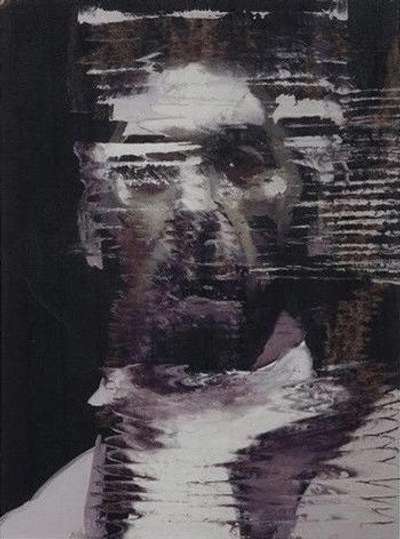 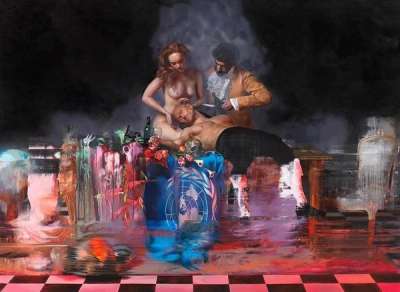 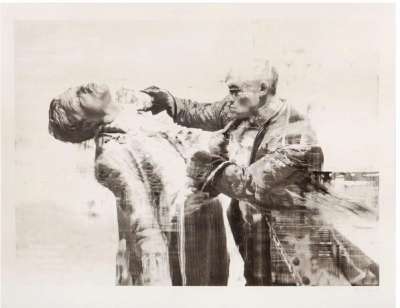 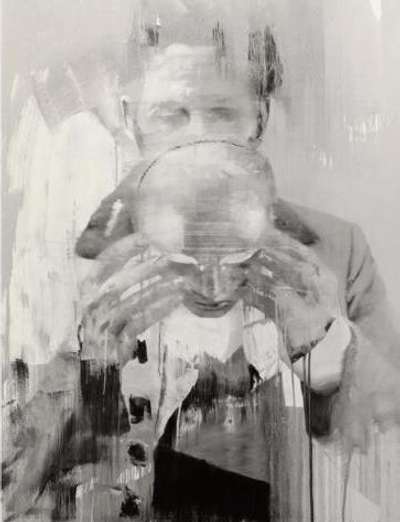 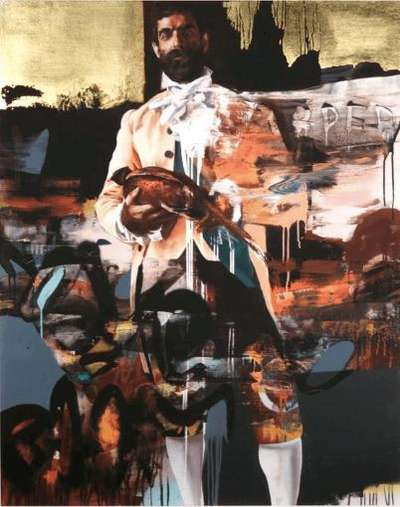 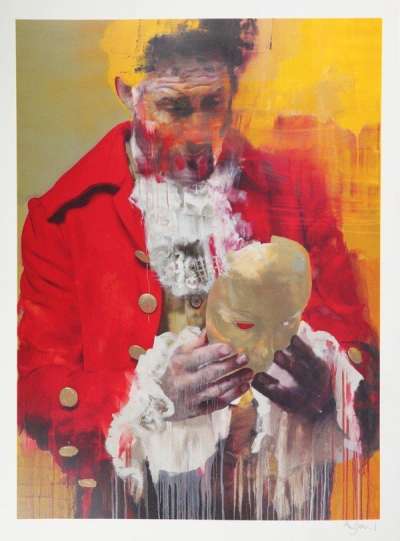 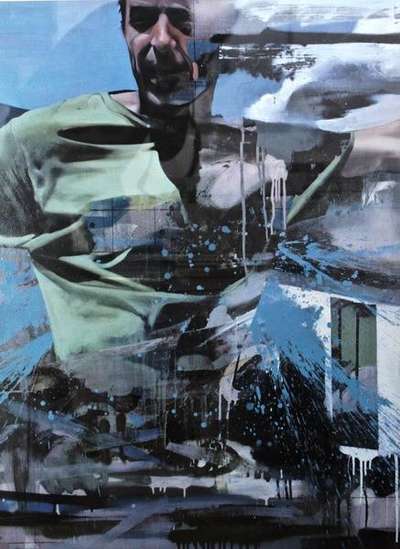 Where The Sun Does Shine Signed Print
Conor Harrington 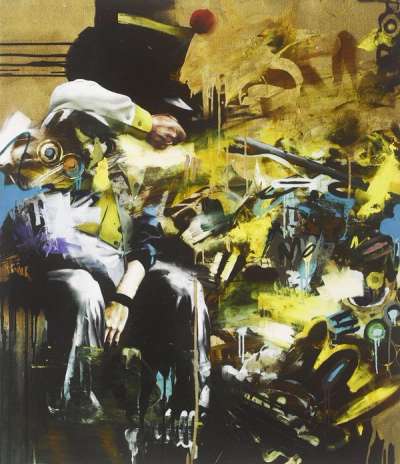 A Worm In The Suburban Bud Signed Print
Conor Harrington

Born in 1980 in Cork, Ireland, Harrington studied at Limerick School of Art and Design and received a Bachelor of Fine arts in 2002. Much of his earliest work exists as ‘under the radar’ street art and urban murals around Cork. While continuing to create street art around the globe, Harrington has also been producing works on canvas since 2006, proceeding to create prints and editions of these artworks. In these works, the influence of graffiti art is evident, particularly in the predominance of splashed, sprayed or dripped paint on the canvas. And yet, Harrington’s work also borrows from Italian Renaissance masters like Michelangelo and Caravaggio, particularly in the realistic rendition of human figures. Aptly, Harrington describes himself as a ‘painter’, rather than either a street or gallery artist.

Conor Harrington’s success is attested by the proliferation of his work, which has appeared in gallery exhibitions in London and New York, as well as in the streets of Bethlehem Wall, Sao Paulo, Paris, Copenhagen, and New York. In 2017 Harrington even painted a huge, high profile mural titled The Blind Patriot for Art Basel in Miami.

In 2012 Harrington’s first major solo show The Story of Us and Them at London’s Heni Gallery brought together themes found throughout Harrington’s existing body of work. The works included in the show held many of the signature motifs and techniques that have made Harrington’s art instantly recognisable. Realistic, high renaissance-esque depictions of the human body, paired with blurring, dripping and layered effects more closely associated with graffiti art. Grappling figures clothed in red and blue adorn large scale canvases and take part in a reenacted battle, while their elaborate historical military dress evokes questions over masquerading and masculinity.

Similarly, for his later Fight Club series, Harrington staged a photoshoot with characters dressed in elaborate historical costume. The resulting artworks reference pop culture and graffiti art, tackling contemporary themes of image and masculinity, while using costume and painting styles evocative of a bygone age, as seen for instance in Fight Club (The Mess we Make).

Earlier this year Harrington made a return to street art in his large-scale mural on Grand Parade in his hometown of Cork, Ireland. Despite the change in format, Harrington continues to address themes seen before using his recognisable painting style. 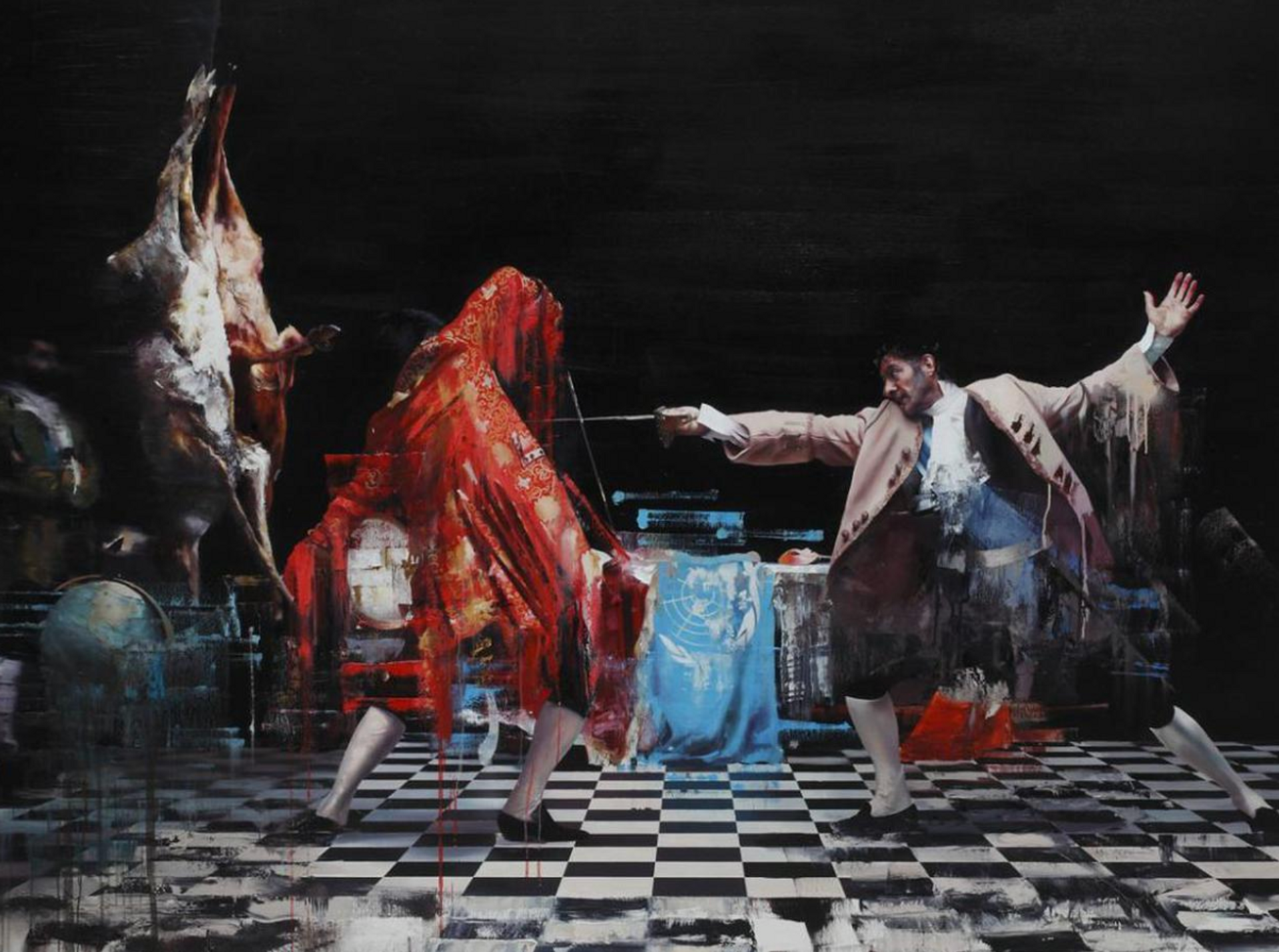 Dance with the Devil © Conor Harrington 2013

January 2015 saw the sale of Irish artist Conor Harrington’s 2013 painting, Dance With The Devil. Put up for auction at Bonhams auction house in London, the work realised £77,500 – a record for the London-based artist, who began his career as a graffiti writer on the streets of his native Cork. Painted using a combination of oil and spray paint, the work depicts a pair of men engaged in a duel. Between the men, both actors specially hired and dressed by Harrington, the flag of the United Nations is draped over a table; to the left of the image, the carcasses of two animals make pointed reference to the visceral work of Irish-born painter, Francis Bacon. 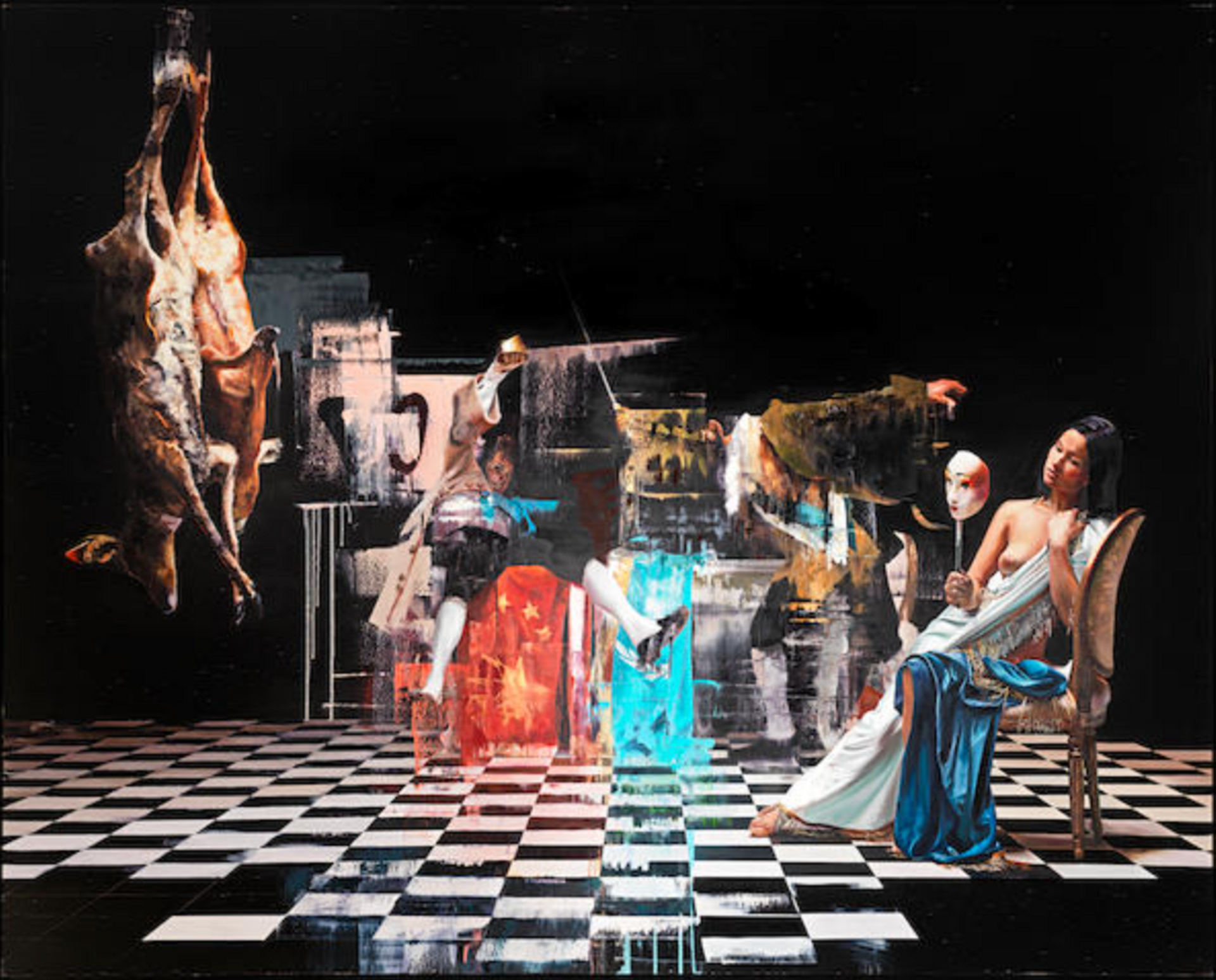 In October 2020, L’Amour Et La Violence – a 2013 work by Irish artist Conor Harrington – realised £75,063 at Bonham's. Much like the artist’s most-expensive work to-date, the 2013 painting Dance With The Devil, L’Amour et La Violence depicts two men who are engaged in a duel. Markedly more expressive than its cousin, this painting makes use of gestural painting techniques that recall the abstract paintings of German artist, Gerhard Richter. Counting the likes of actor Jared Leto and world-famous musician Alicia Keys amongst his fans, Harrington has been active since the mid 1990s. This particularly successful auction sale, however, was one of his first ever. 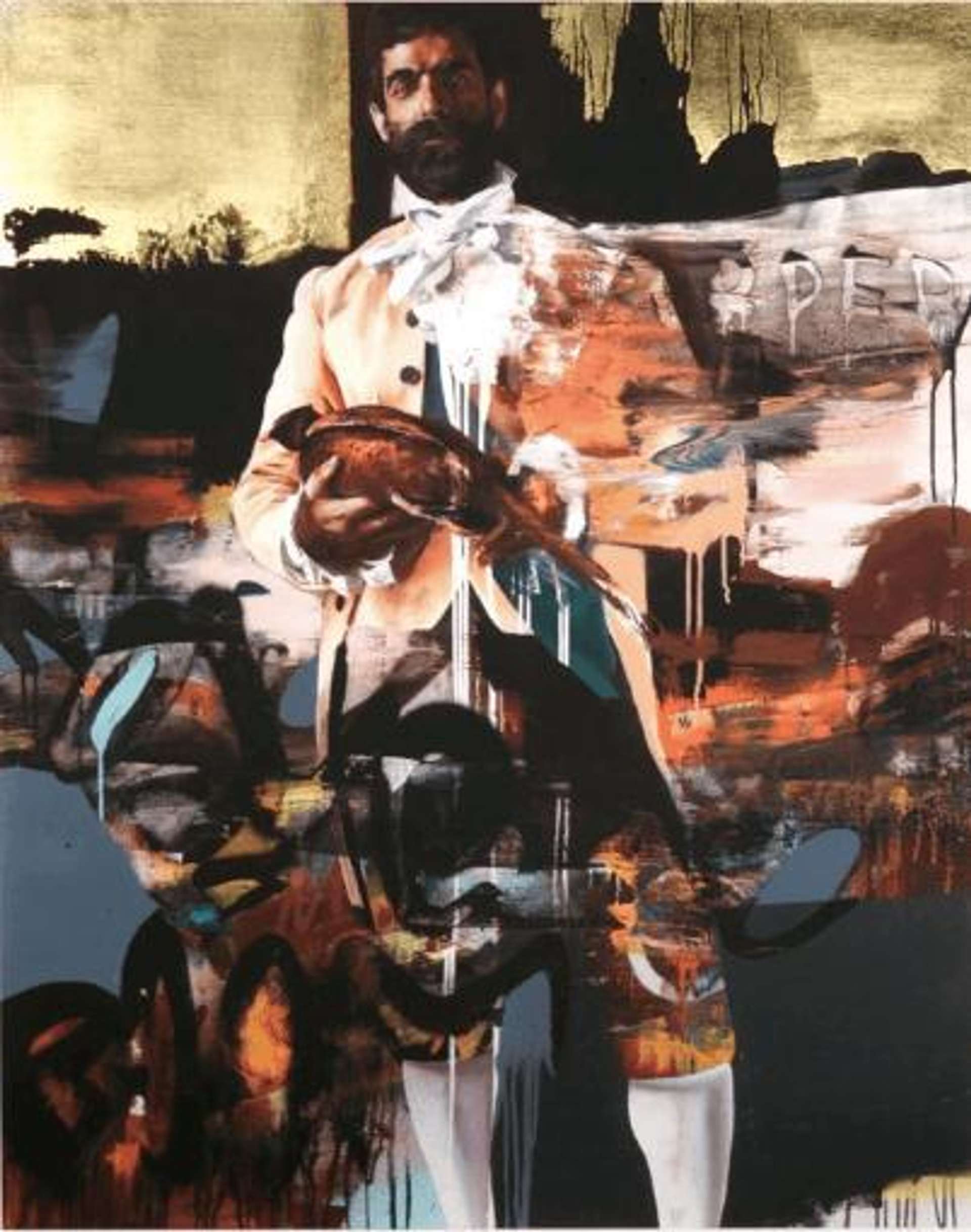 In February of 2015, Artcurial auction house in Paris hosted the sale of Irish artist Conor Harrington’s Tardis Of Delight. It realised €72,480 at auction, becoming the 3rd most expensive artwork by Harrington, who began his career as a humble graffiti writer on the streets of Cork.

The third painting in a series that focuses on the male figure, it comprises the expressive depiction of a man in period costume, who carries a dead bird. Recalling the abstract paintings of German painter, Gerhard Richter, it is a strikingly peaceful image when compared with other Harrington works, such as L’Amour Et La Violence. 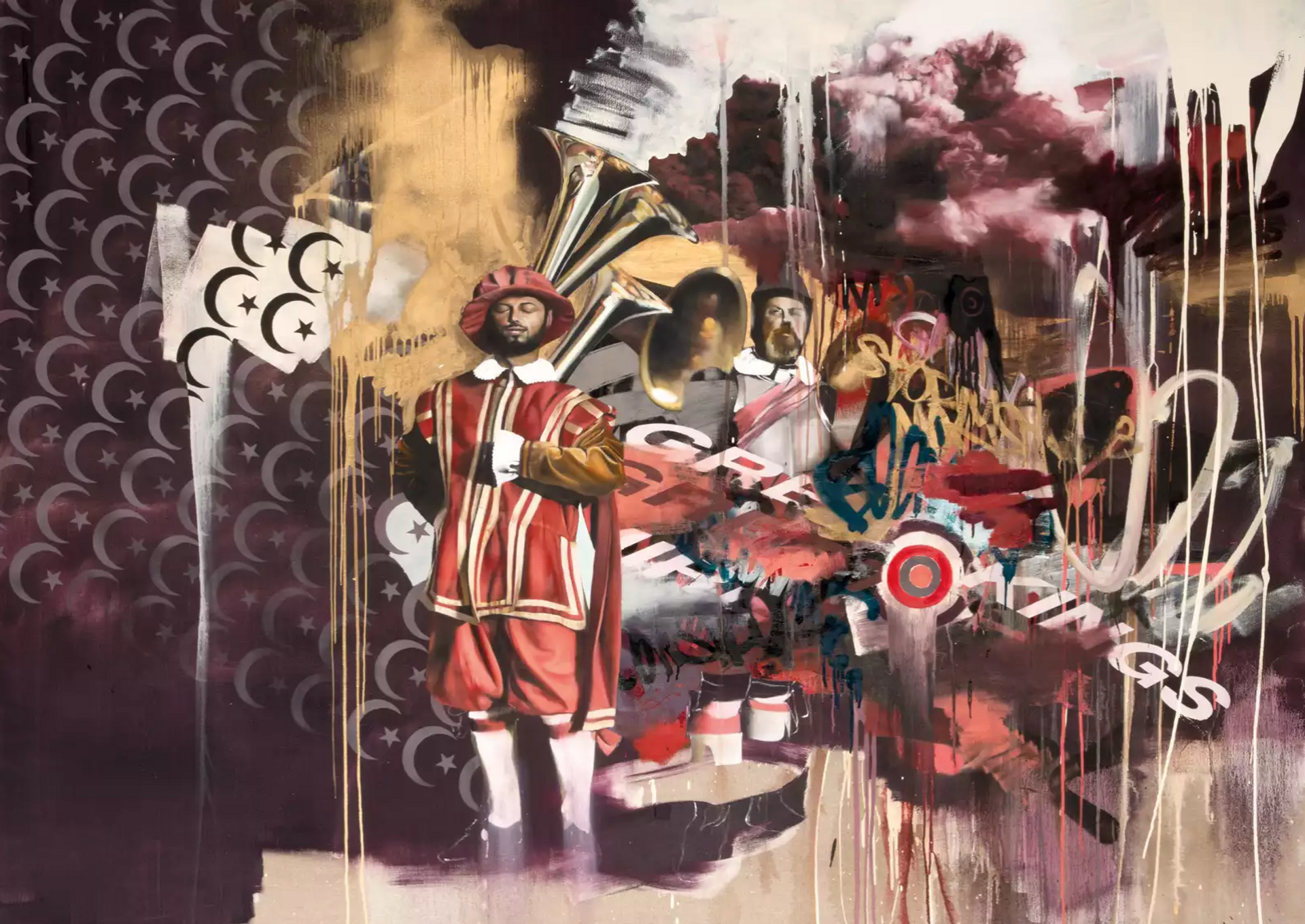 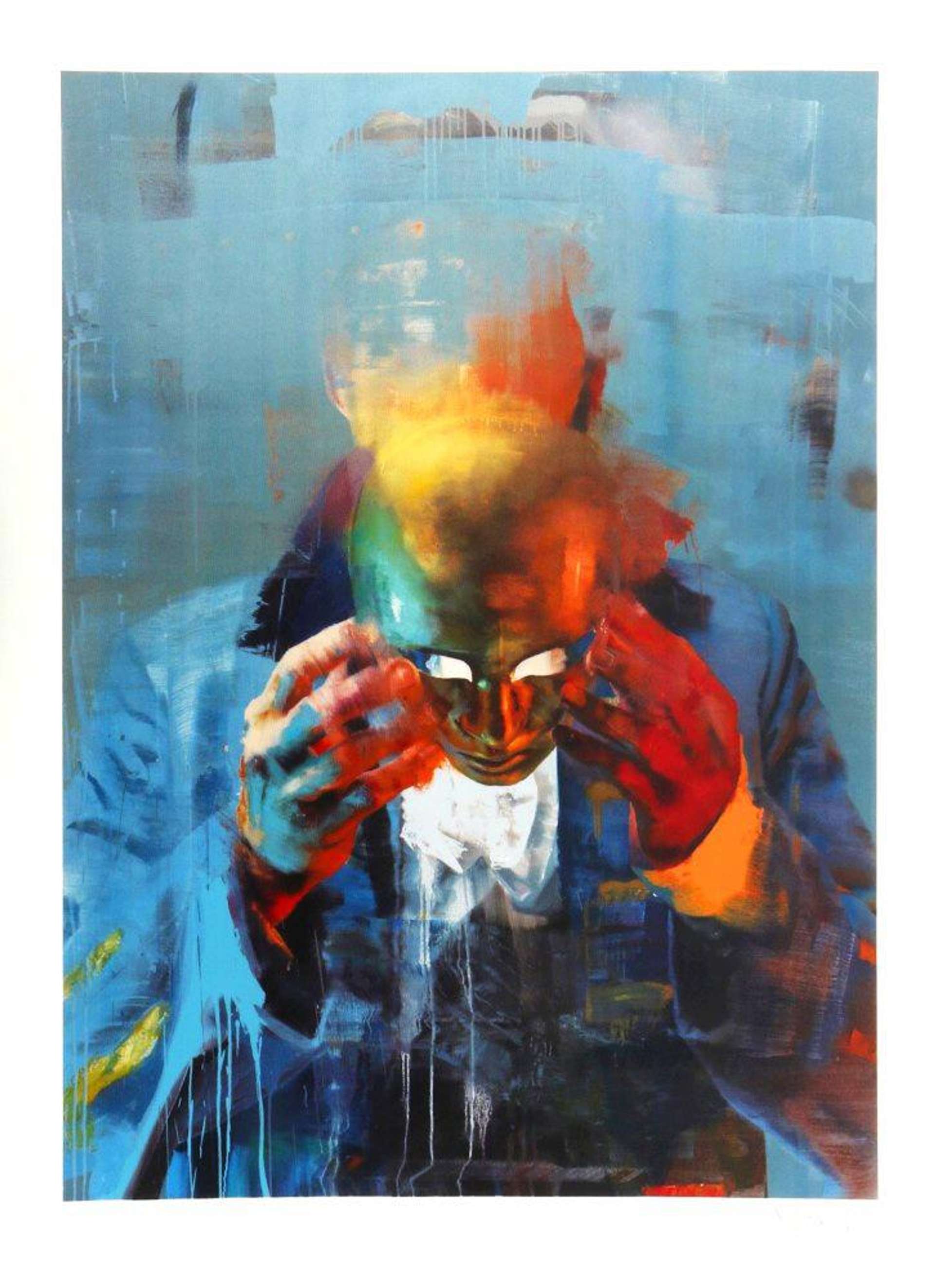 Under The Hammer: Top Prices Paid For Conor Harrington At Auction

Irish born Conor Harrington’s artwork has been internationally lauded, and has continued to grow in popularity - particularly in the form of collectibles and prints. So, it is likely that a Conor Harr...