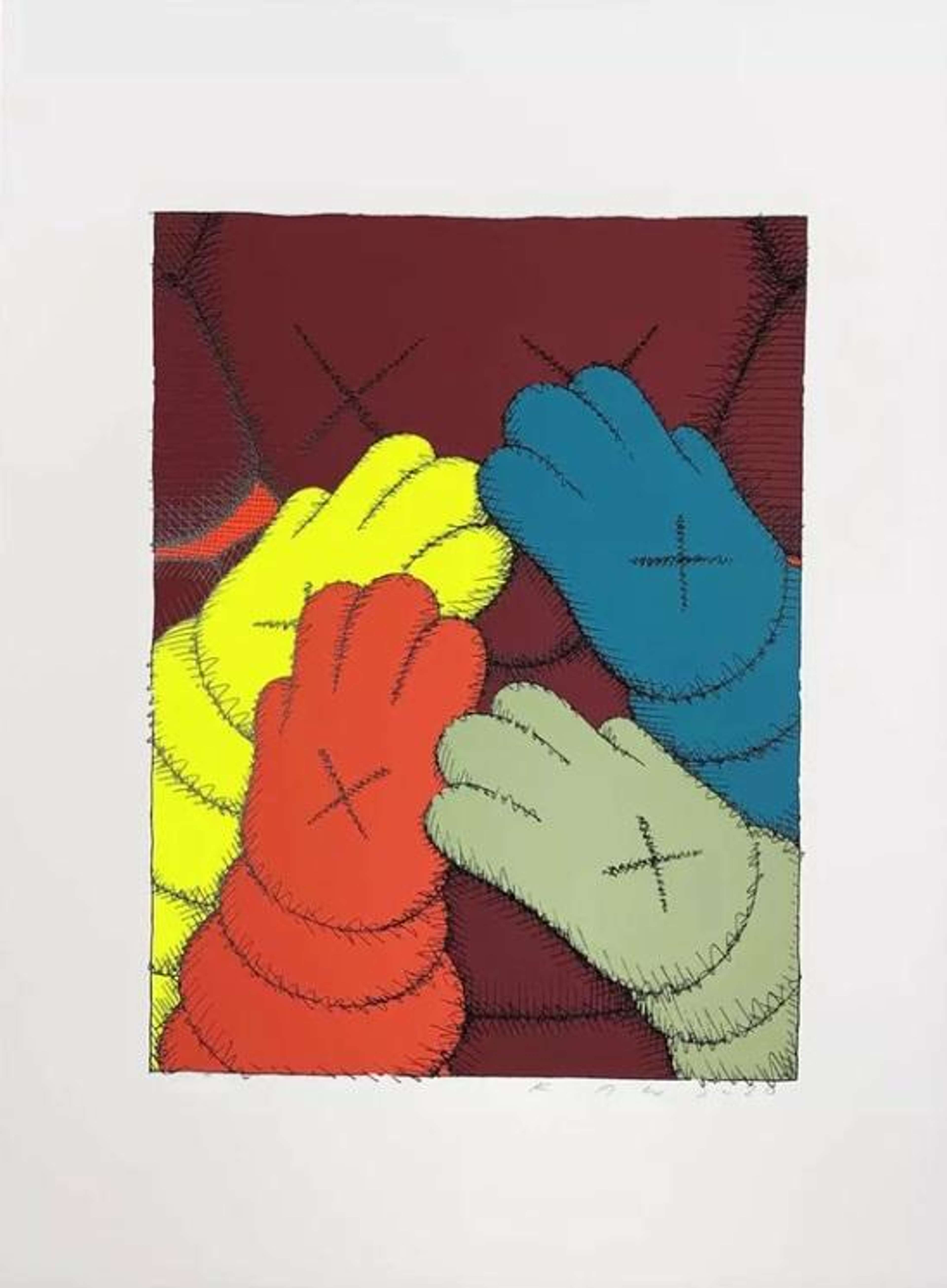 Urge 4 is a signed screen print in colours produced by the critically acclaimed American artist and designer, KAWS in 2020. The print comes in an edition size of 250 and the print depicts KAWS’ cartoon character, Companion in a dark burgundy. Companion’s face is covered by hands that appear to be coming out of nowhere. Four hands, each rendered in a different bright colour, block Companion’s face meaning the viewer can only see Companion’s crossed out eyes.

Companion’s crossed out eyes are mirrored by the crosses on the gloved hands that intrude upon the character’s face. Crosses are a signature element of KAWS’ visual language and appear frequently in the artist’s works. KAWS often replaces the eyes of his cartoon characters, such as Companion, with crosses, and this has become a trademark feature of the artist’s works. While Companion is an original creation that KAWS designed in 1999, the artist has also taken well-known cartoon characters, such as SpongeBob Square Pants and The Simpsons, and adapted them using his distinct visual style. This always involves replacing the characters’ eyes with crosses, as is seen in the Kawsbob collection.

Urge 4 is one of ten screen prints that compose the Urge collection. Each print in this series depicts Companion surrounded by gloved hands and bright colours, another characteristic feature of KAWS’ visual language.