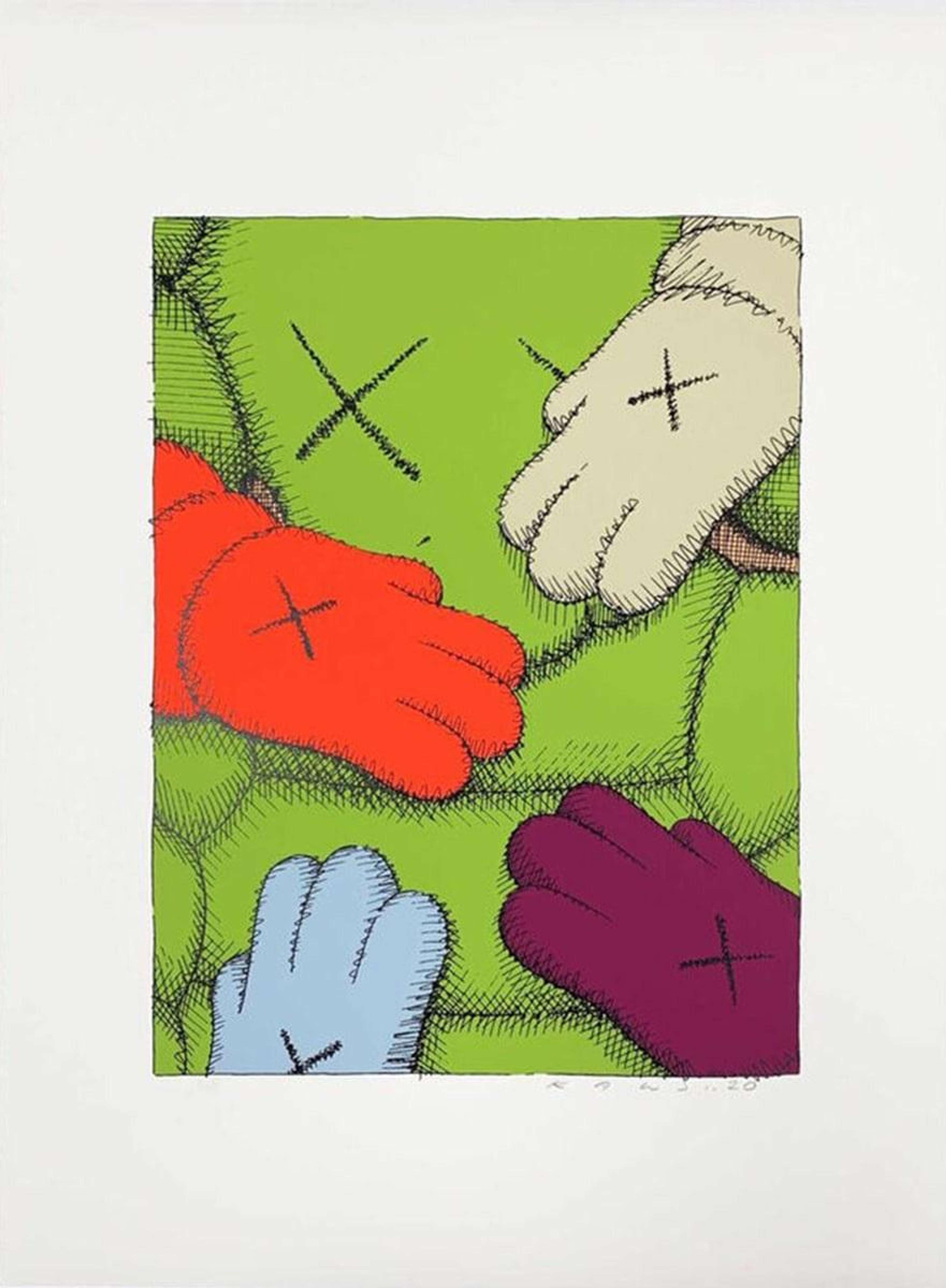 Urge 9 is a signed screen print in colours produced by the critically acclaimed American artist and designer, KAWS in 2020. The print depicts Companion, a cartoon character created by KAWS in 1999. Companion is rendered in a vibrant green, and his face and body are obscured by four hands, each of which has a cross on it that matches Companion’s crossed out eyes. Crossed out eyes are a trademark feature of KAWS’ visual language and crosses have become a repeated visual motif that runs throughout KAWS’ prints.

This print is one of ten screen prints, all of which show Companion surrounded by gloved hands. The collection captures the core elements of KAWS’ artistic style: an emphasis on colour, the use of bold black lines and the incorporation of a set of distinct graphics. KAWS’ style is clearly influenced by his time studying illustration at the New York School of Visual Arts, as well as his early career as a freelance animator for Jumbo Pictures, where he worked on popular animation series such as 101 Dalmatians, Daria and Doug.

While the Urge collection takes one of KAWS’ own cartoon creations as its source of inspiration, KAWS often uses already well-known cartoon characters in his artworks. KAWS has previously adapted a wide variety of characters for his own artistic purposes, with notable examples being Mickey Mouse, SpongeBob Square Pants and The Simpsons. These familiar cartoon characters are always rendered in KAWS’ signature style, with skull and crossbone heads and crossed out eyes.