This signed screen print from 1989 is a limited edition of 100 by Keith Haring. Depicted in the artist’s trademark figurative style, Ascending shows a figure arising from legs that are oversized, that in turn has two layers inside of it, much like a toy Matryoshka doll.

The figure seen in Haring’s Ascending print is genderless and has its arms bent downwards as though breakdancing. Graphic lines radiate from the figure to give the effect that it is pulsating and dancing with joy. Haring ensures this print bursts with energy by using saturated, block colours and bold lines. The figure is shown to be bright yellow, set against a pale blue backdrop and purple ground. This celebratory image bursts with energy and vigour, a sensibility that makes Haring’s work so appealing and unique.

Much like fellow graffiti artist Jean-Michel Basquiat, Haring reuses particular symbols, such as the dancing figure, throughout his artistic oeuvre to produce a memorable pictorial language. The simplistic form and positive visual language of Ascending recalls the artist’s early subway drawings, where he spent his days drawing in white chalk on the empty advertising panels of the New York subway system. 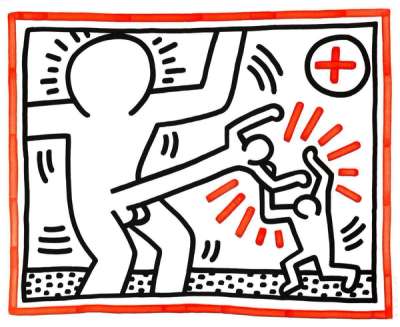 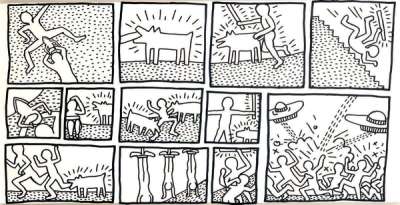 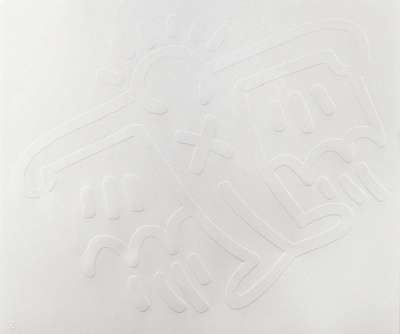 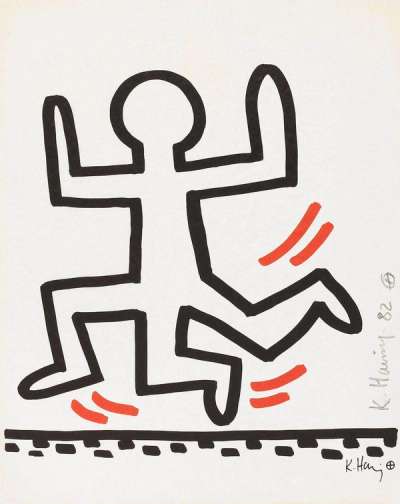 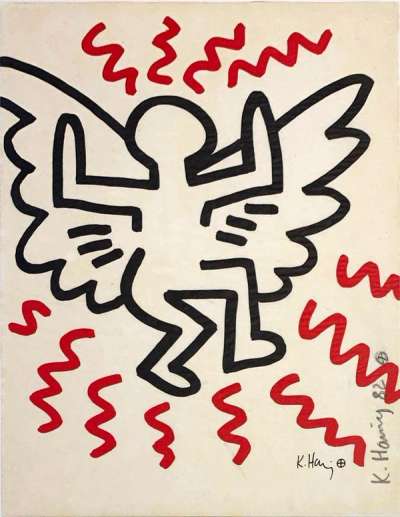 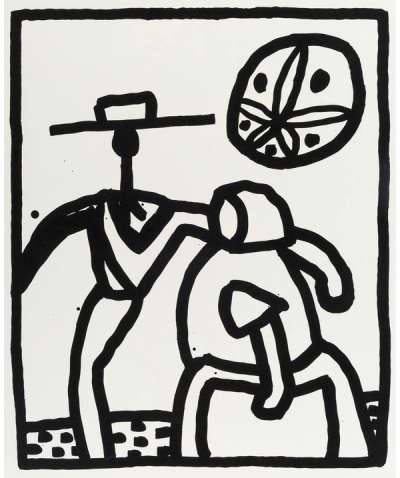