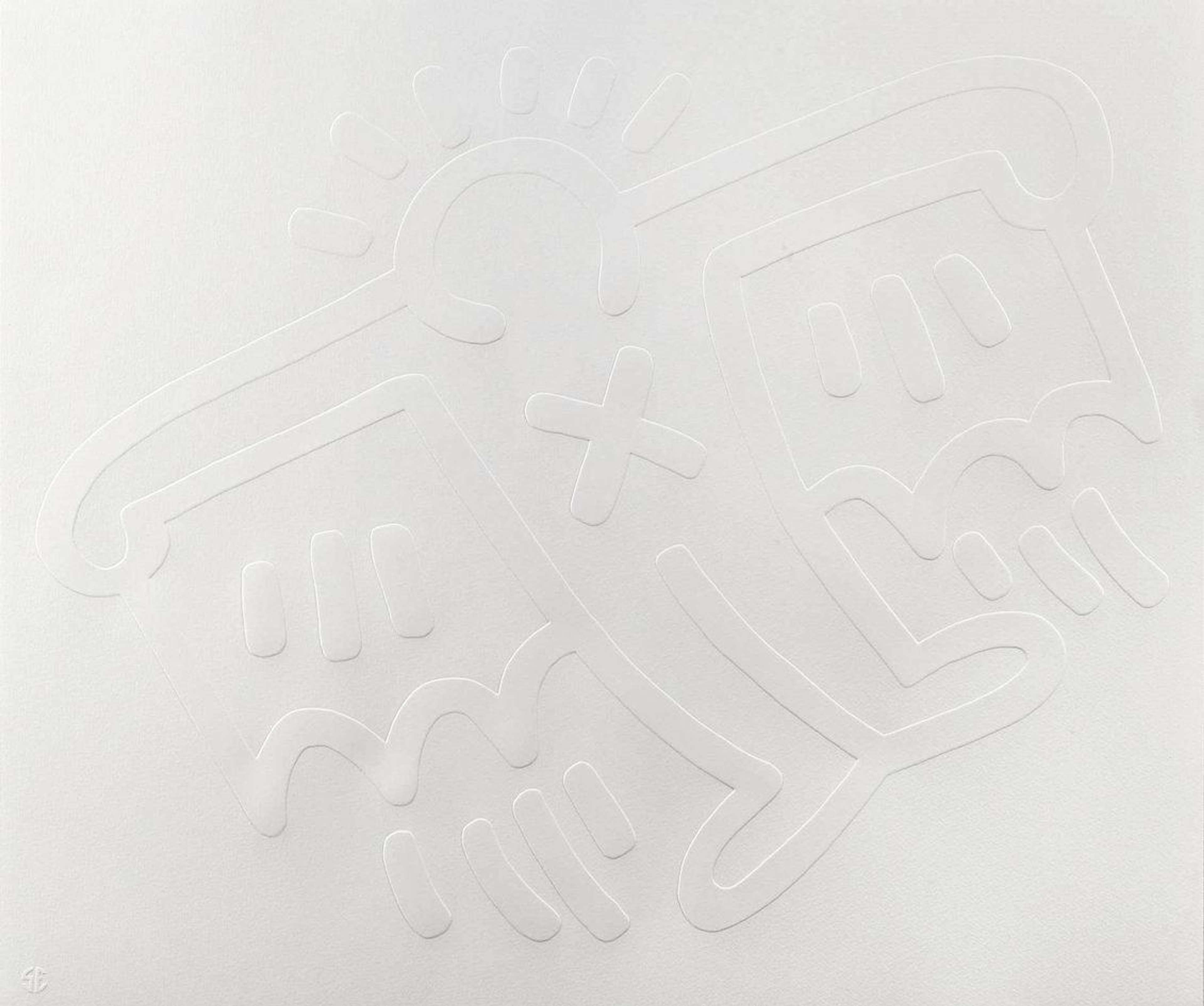 This signed screen print from 1990 is a limited edition of 60 from Keith Haring’s White Icons series. Flying Devil (white) is an embossing on white paper that shows a winged-figure with a cross on its chest, flying upwards. This print exactly replicates Haring’s print Flying Devil from his Icons series but is rendered all in white, thus producing an unusually subtle print in comparison to the artist’s more brightly coloured icons.

Flying Devil is an example of one of Haring’s trademark graphic symbols that works to create an open-ended visual language, seen and understood by thousands of people in New York City amidst the Cold War, the HIV/AIDS crisis and the crack epidemic. Heavily influenced byAndy Warhol and the wider Pop Art movement of the 1960s, his work bridges the gap between high art and mass consumerism so as to dissolve boundaries between fine art, political activism and popular culture.

Haring’s Flying Devil, alongside others in the series like Angel and Radiant Baby, reworks redemptive imagery to critique the Christian religious fundamentalism and Jesus Movement of the 1970s. Soaring upwards to the heavens from the fires of hell, the devil figure in this print cultivates a sense of the profane to the viewer. Seeking a direct means of expression by using signs in place of words, Haring playfully communicates complex political and anti-religious messages through a simplified visual language.