Reflections On A Soda Fountain 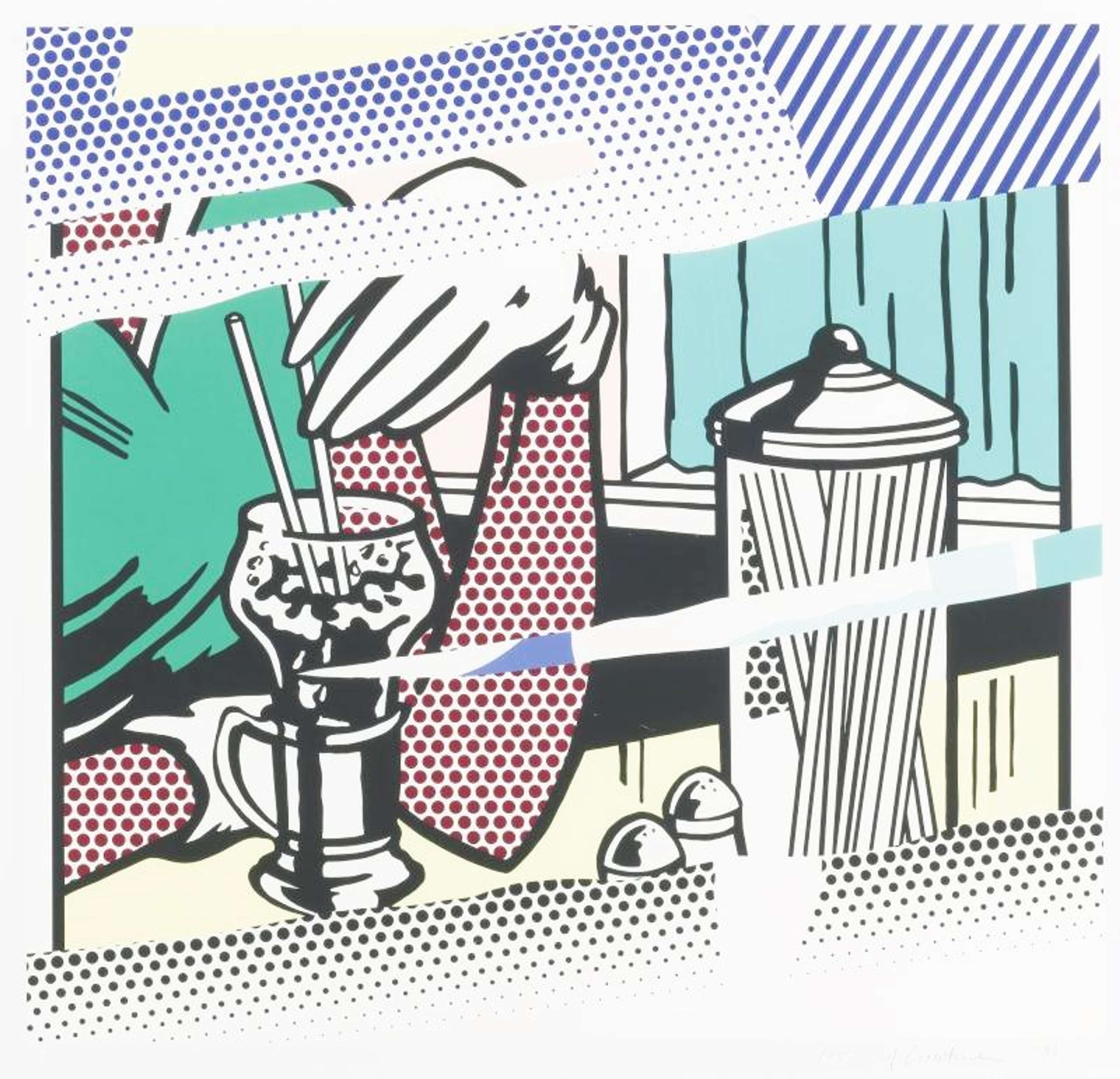 Roy Lichtenstein’s Reflections series of the early 1990s forms an important and unique contribution to the artist’s canonical œuvre. Taking Lichtenstein’s popular designs, the sequence disrupts them by seemingly depicting them through a glass lens. As opposed to a simple concept of ‘theme and variation’, the Reflections prints play with ideas of light and reflection.

The partly hidden images in this sequence are altered and obscured by the fractions of stylised glass, pushing them to the point of abstraction. The subjects are glimpsed between sharp mirrored shapes that break and refract the surface of the image. Resembling disjointed collages, the prints in this series reinvent their source materials as graphic compositions of reflective light.

The figures in this series are also recognisable and invoke many of the artist’s signature motifs. In Reflections on Soda Fountain from 1991, several objects can be identified; the salt and pepper shakers and a cropped cartoon hand holding a straw sticking out of a soda glass. Although the print references Lichtenstein’s own Sandwich and Soda of 1964, the abstract fragments in this work encroach on the composition. The narrative is interrupted by the shards and streaks, concealing the identity of the drinker and confusing the viewer’s perception of the picture plane.