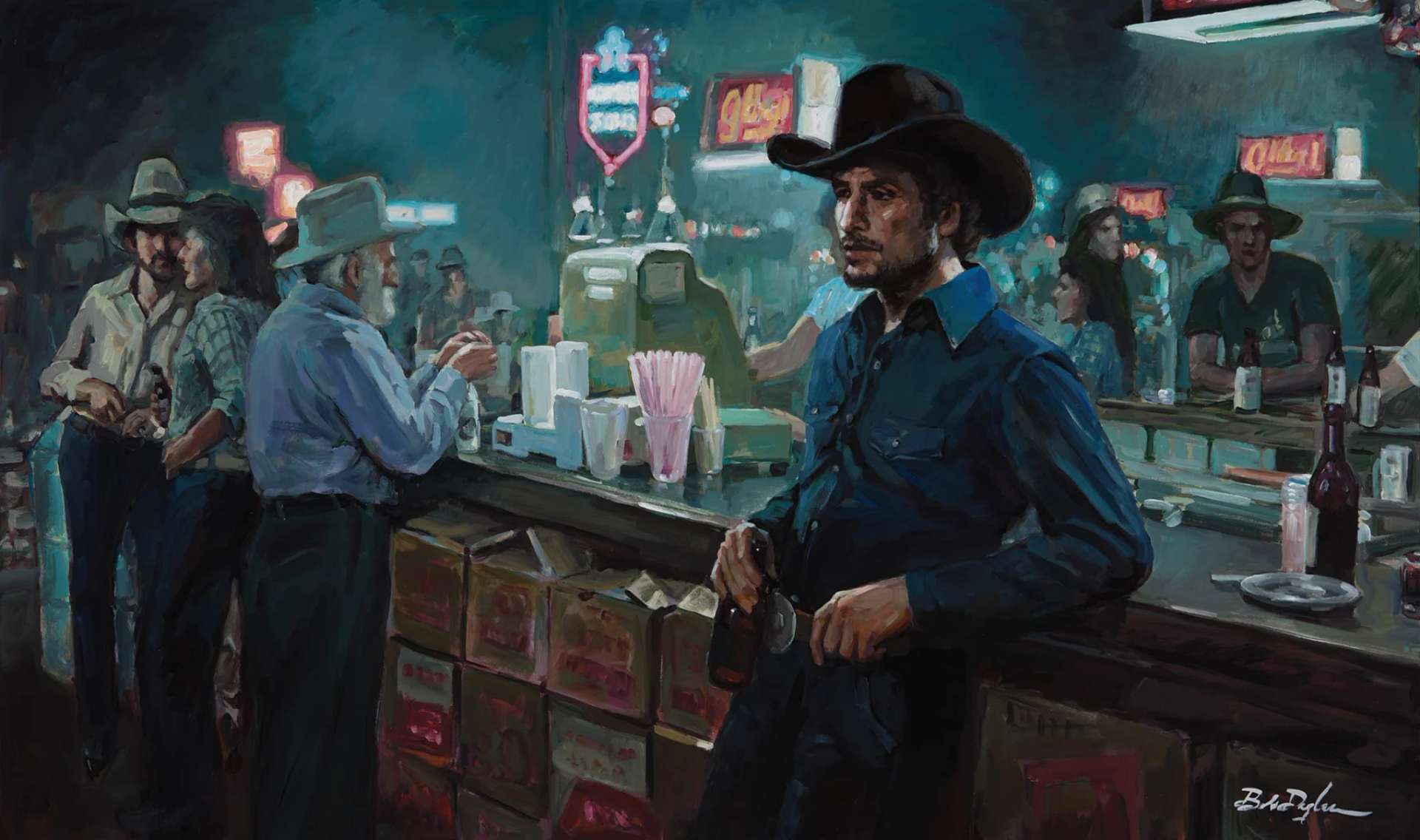 There is perhaps no one more fitting of the title polymath than Bob Dylan. One of America's most acclaimed singer-songwriters, and said to be one of the greatest lyricists of all time, Dylan mastered words from a young age. Throughout his life, the wordsmith turned his attention to painting and sculpture, giving us an insightful glimpse into the life his music vocalises.

Dylan began drawing and painting in the 1960s.

While recovering from a motorbike accident, Dylan began drawing and painting to pass the time. From then on, fine art became an integral part of Dylan's continuous exploration of self and society, revealing the way the iconic songwriter sees his world. 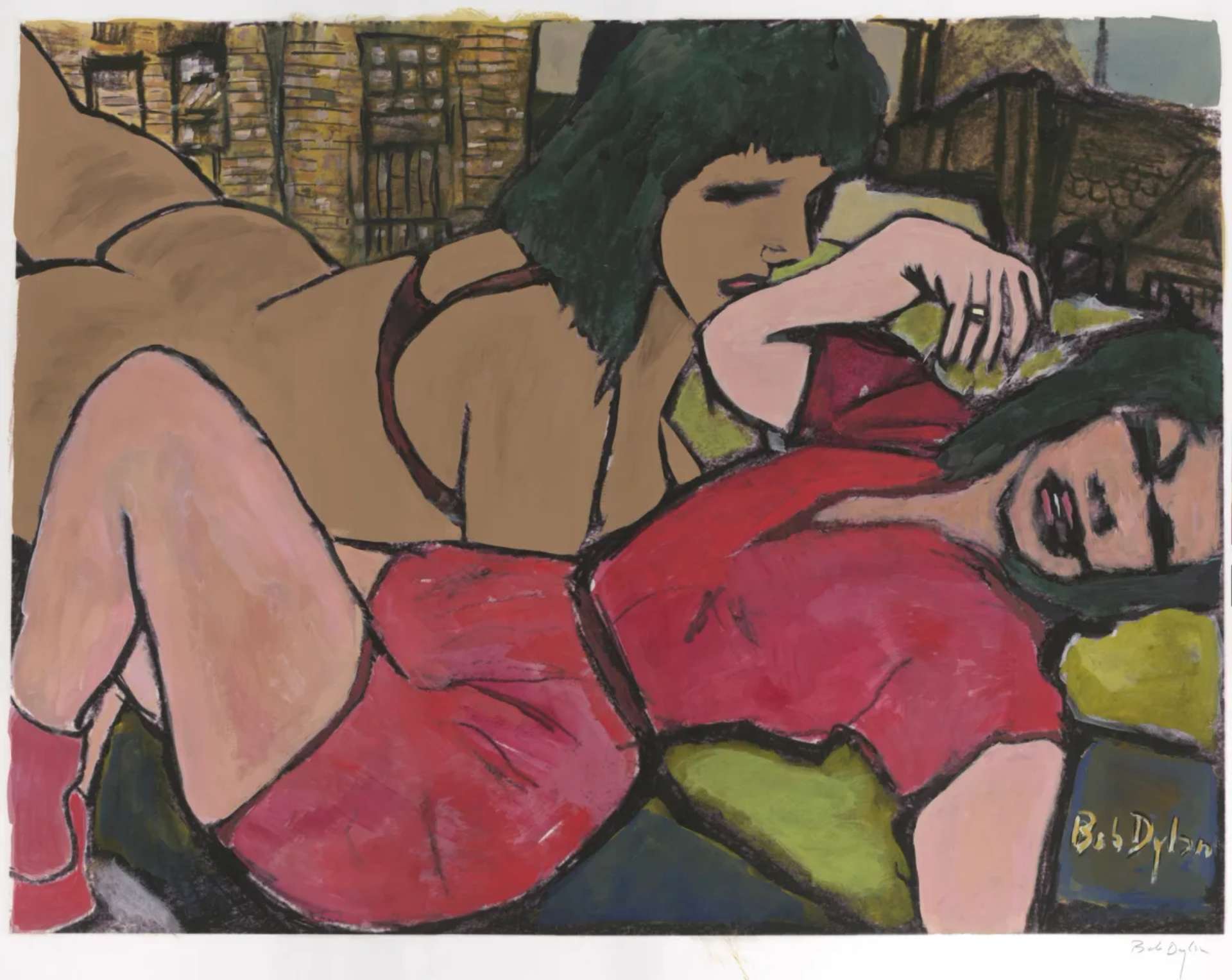 Dylan's drawings and sketches were published in a book titled Drawn Blank.

Published in 1994, Drawn Blank was the first instance in which the public had been exposed to Dylan's efforts in drawing. The book compiled a series of drawings and sketches made by Dylan between 1989-92, while he was touring Europe, America, and Asia. 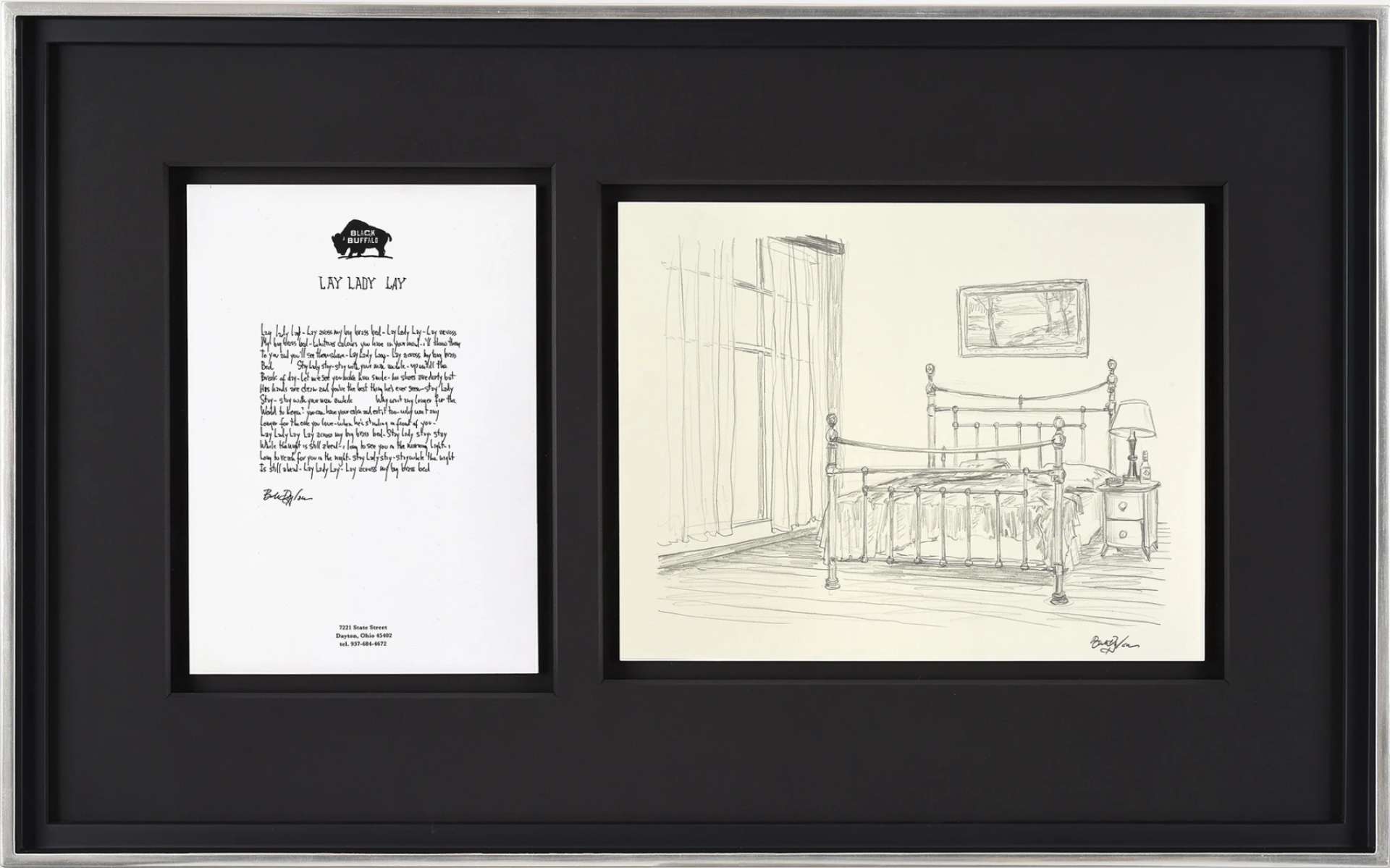 Dylan has illustrated some of his own lyrics.

In 2018, Dylan created a series of hand-written lyrics which appeared alongside a drawn illustration, visualising his words. The drawings reveal the sights and experiences which inspired some of Dylan's most memorable songs, almost like an illustrated diary. 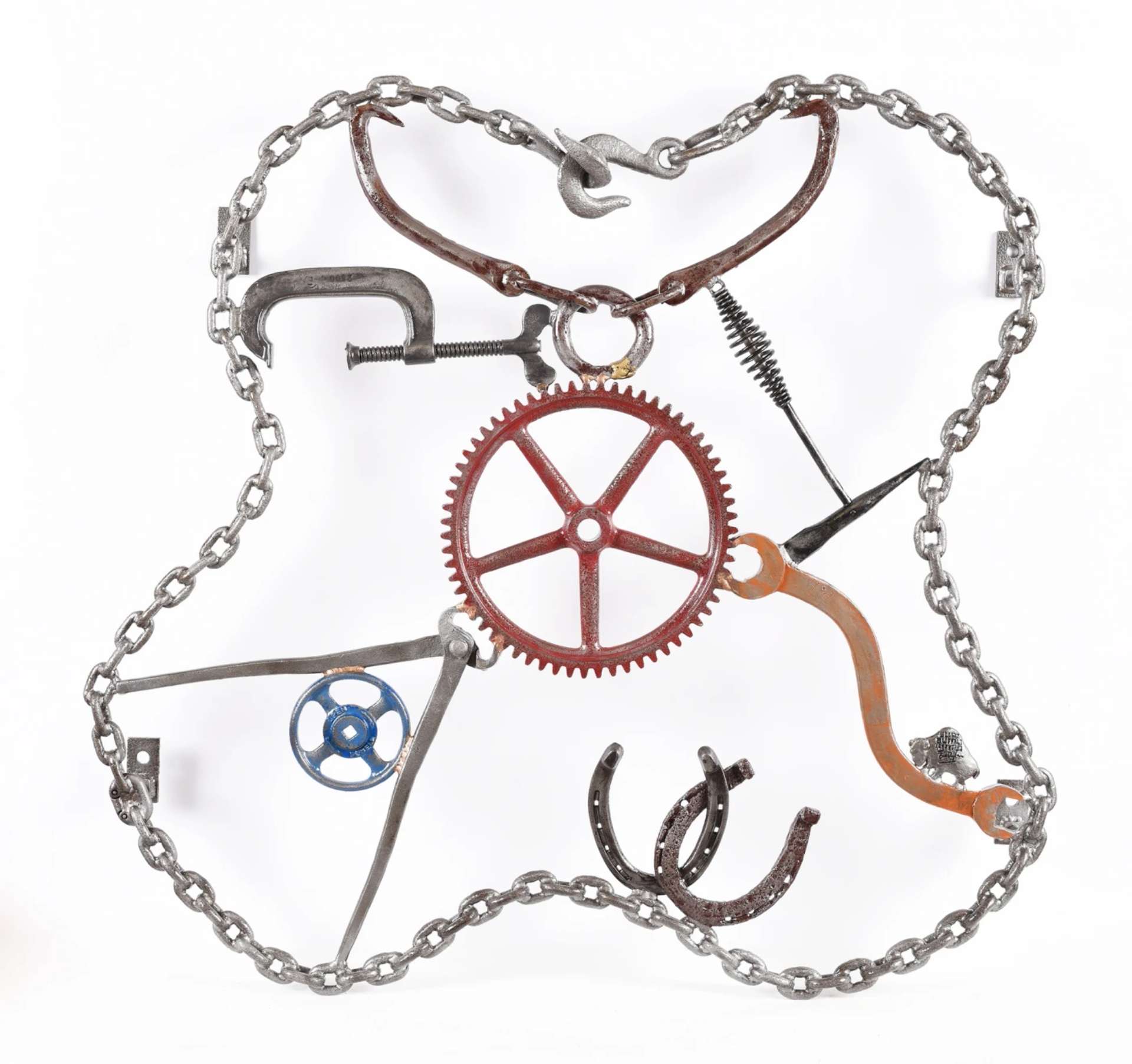 Created by welding pieces of scrap metal together, Dylan's sculpted works allude to his upbringing in the so-called "Iron Range". As Dylan himself remarked of his fascination with iron: "I’ve been around iron all my life ever since I was a kid. I was born and raised in iron ore country – where you could breathe it and smell it every day. And I’ve always worked with it in one form or another." 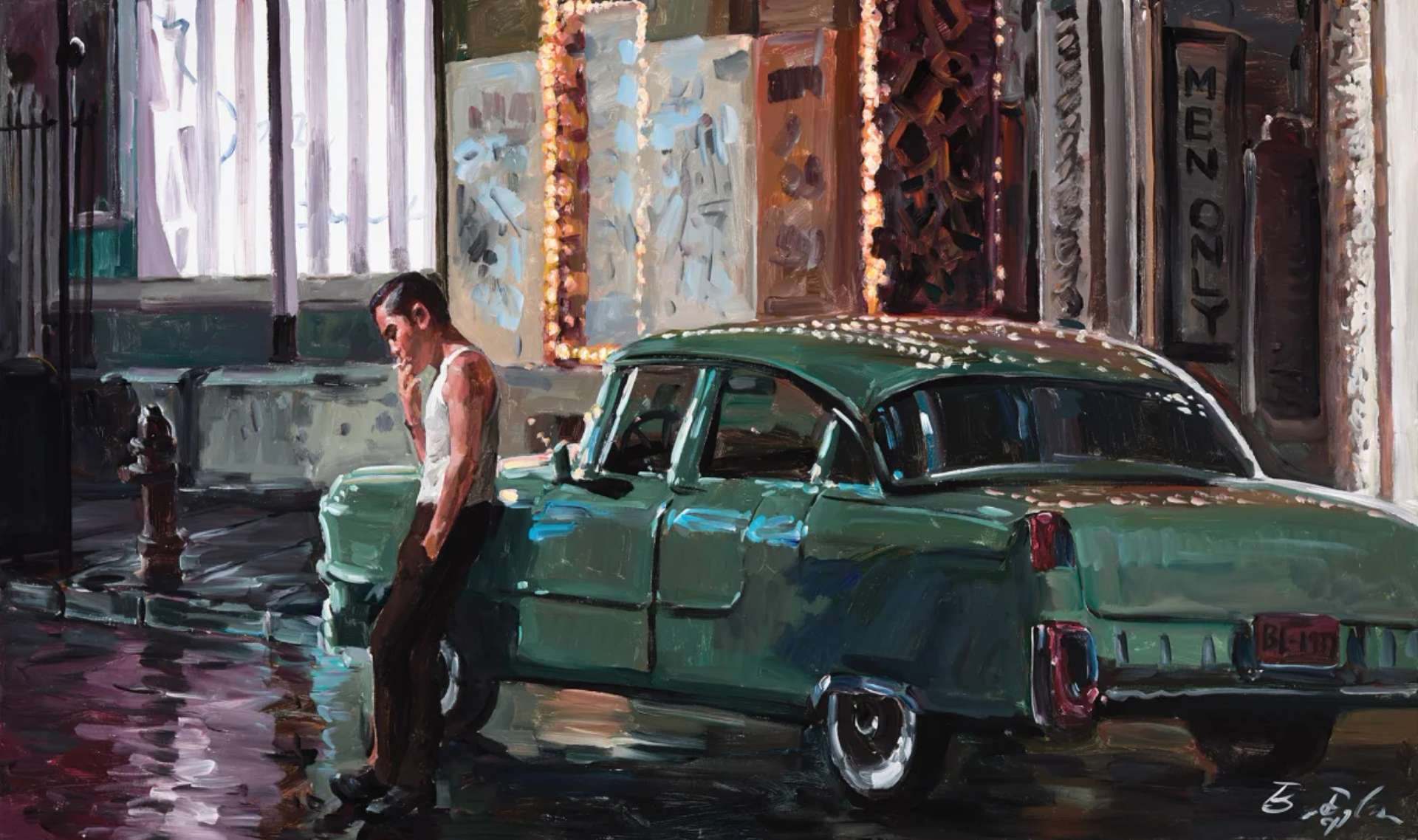 Since Dylan began sketching and painting in the 1960s, he sought inspiration from the everyday. As the songwriter-cum-artist said of his visual work, "I was just drawing whatever I felt like drawing, whenever I felt like doing it. The idea was always to do it without affectation or self-reference, to provide some kind of panoramic view of the world as I was seeing it at the time."

Shortly after his motorcycle accident, Dylan began taking art classes with Norman Raeben, a Russian-born painter and teacher. Raeben was not only a crucial influence in Dylan's visual art, but also inspired Dylan to write music again. 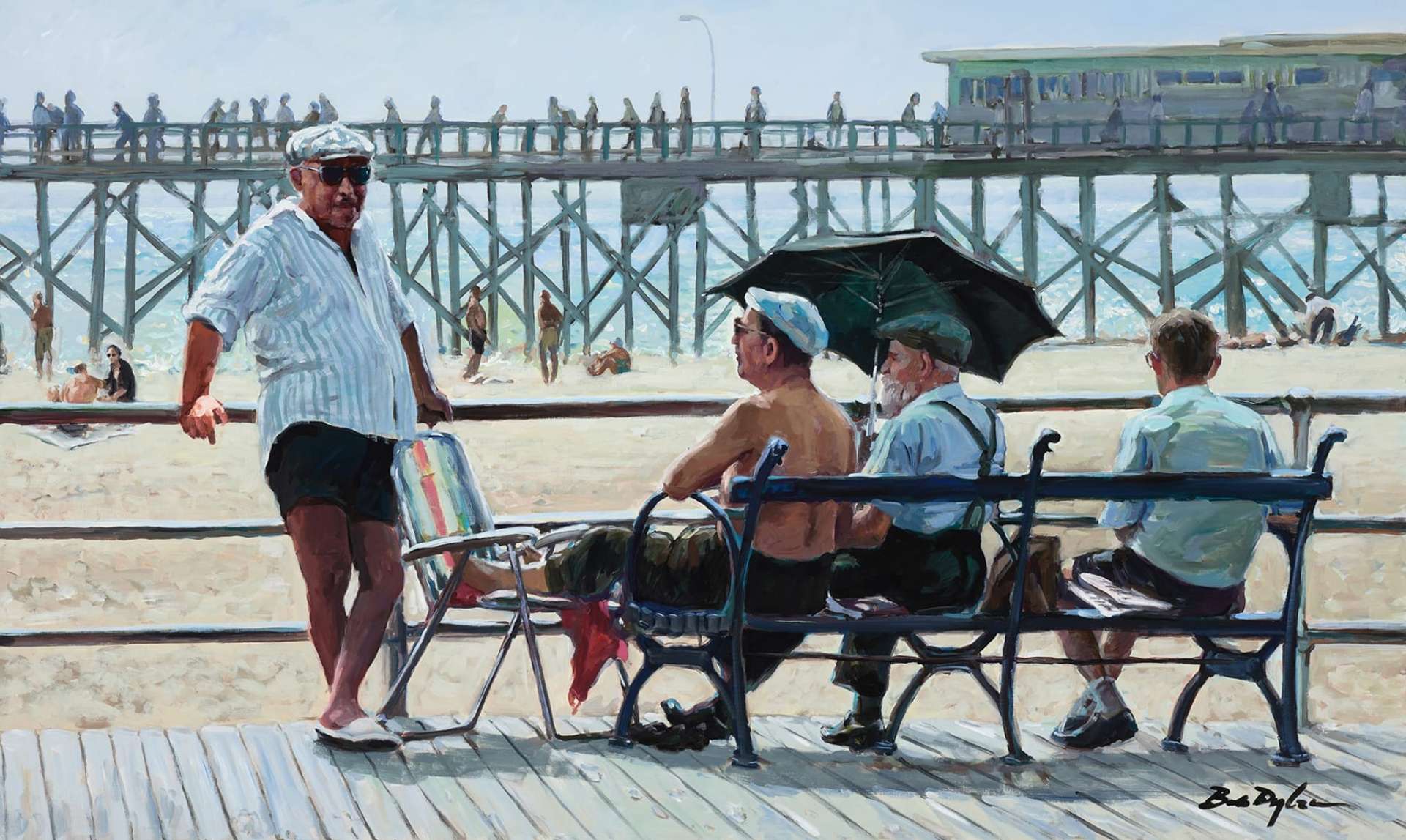 Dylan is inspired by cinema.

Whether he is representing bustling city streets or train tracks that lead into an empty distance, Dylan's work is loaded with a distinctly American optimism. Within all his cinematic painted works Dylan situates the viewer in his scenes, immersing them in his American Dream-inspired landscapes. 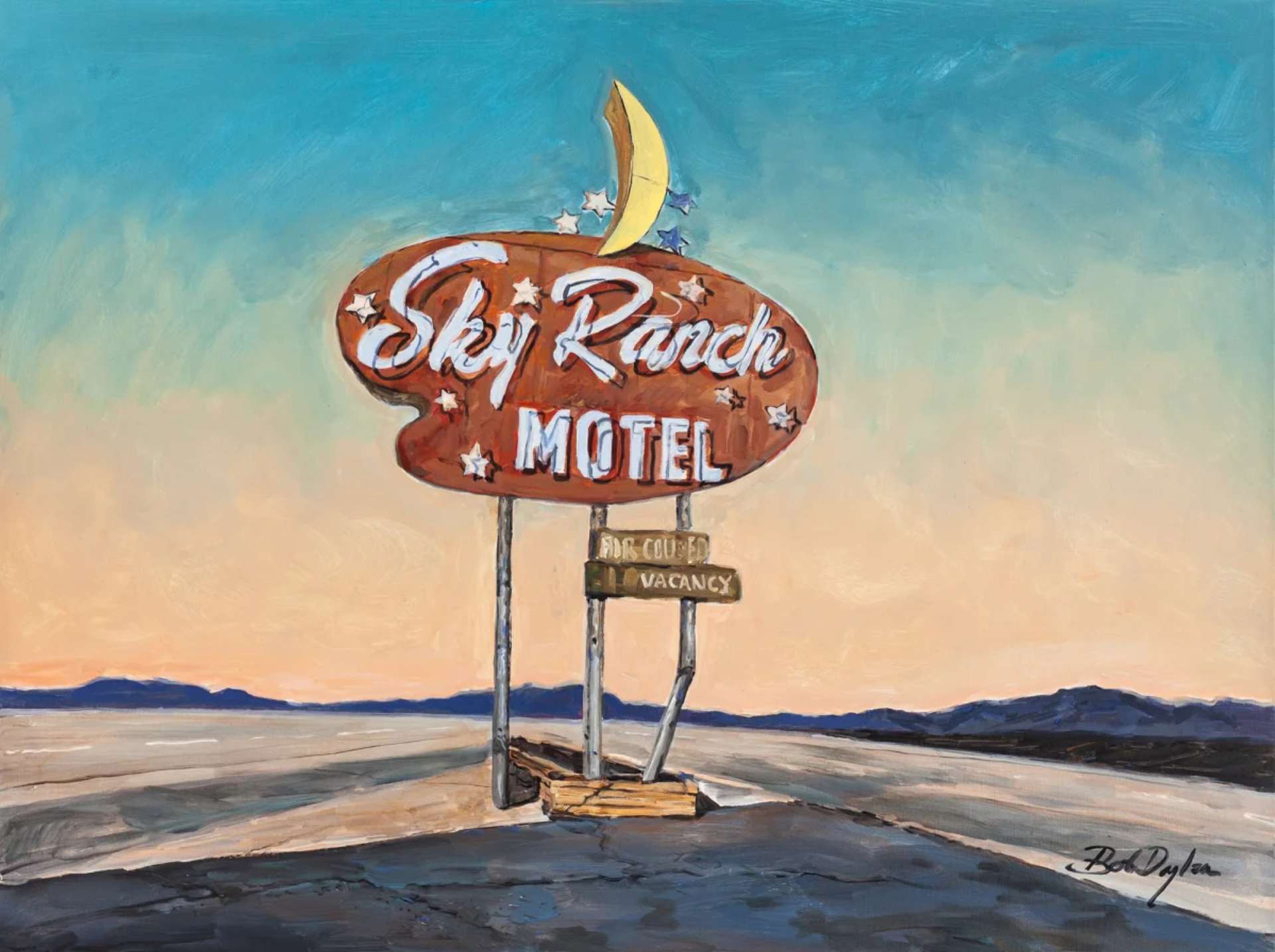 Dylan has turned his talents to film-making.

It is perhaps unsurprising that Dylan, a well-versed story-teller, should turn his attention to cinema. Dylan starred in Hearts of Fire, Pat Garrett and Billy the Kid and Masked & Anonymous. In 1978, he even directed and starred in a movie called Renaldo and Clara, testifying to his passion for cinema.

He hasn't always been known as "Bob Dylan".

Born Robert Allen Zimmerman, he started going by "Dylan" when he attended the University of Minnesota. When he began appearing on stage, he experimented with the names "Elston Gunn", "Robert Allyn", and different versions of "Bob Dillon" before landing on the now-iconic "Bob Dylan". 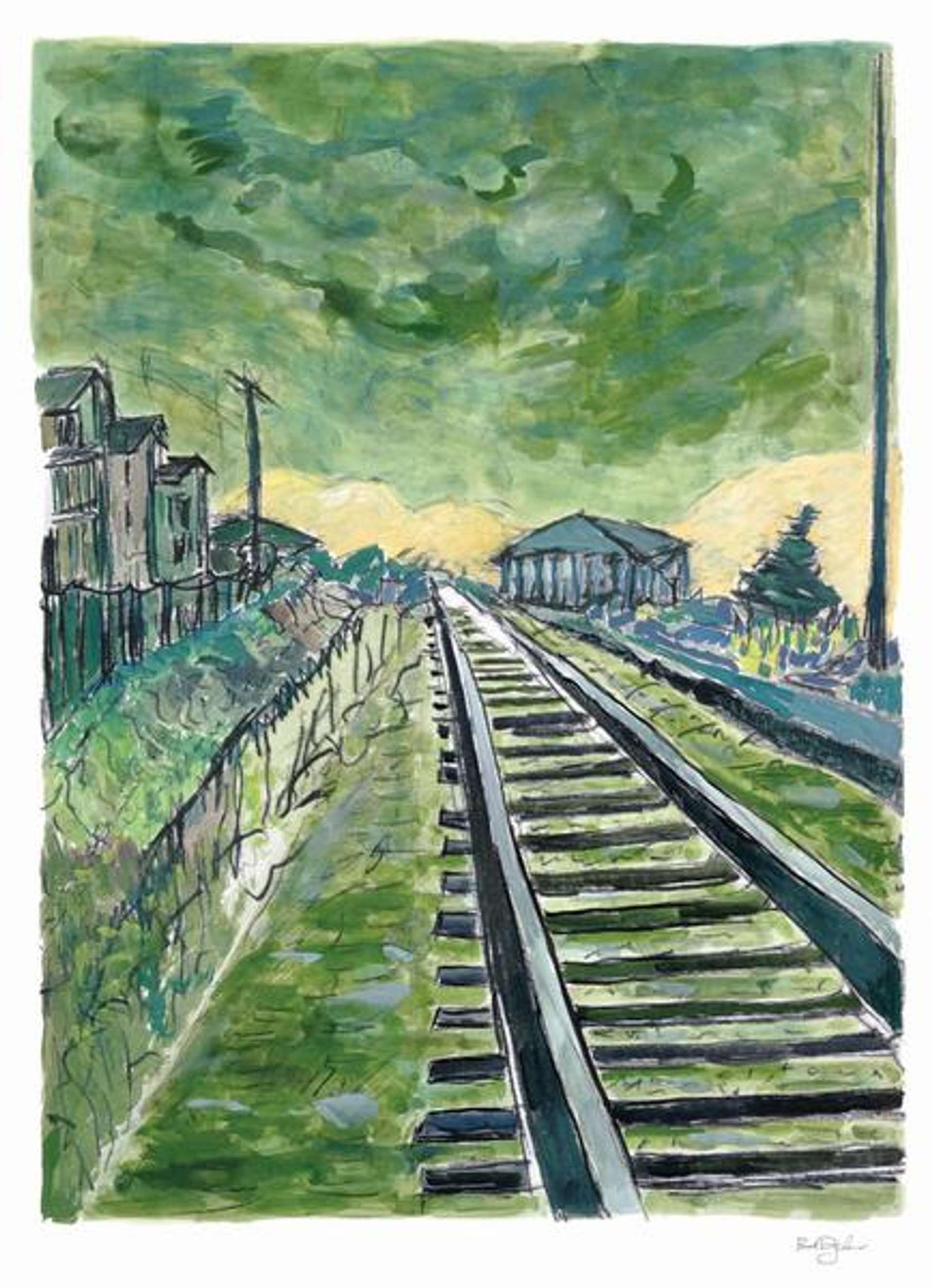 Bob Dylan may be best known for his gravelly voice and poetic lyrics, but the singer-songwriter has also been producing fine art throughout his life. Since his first gallery exhibition, The Drawn Blan... 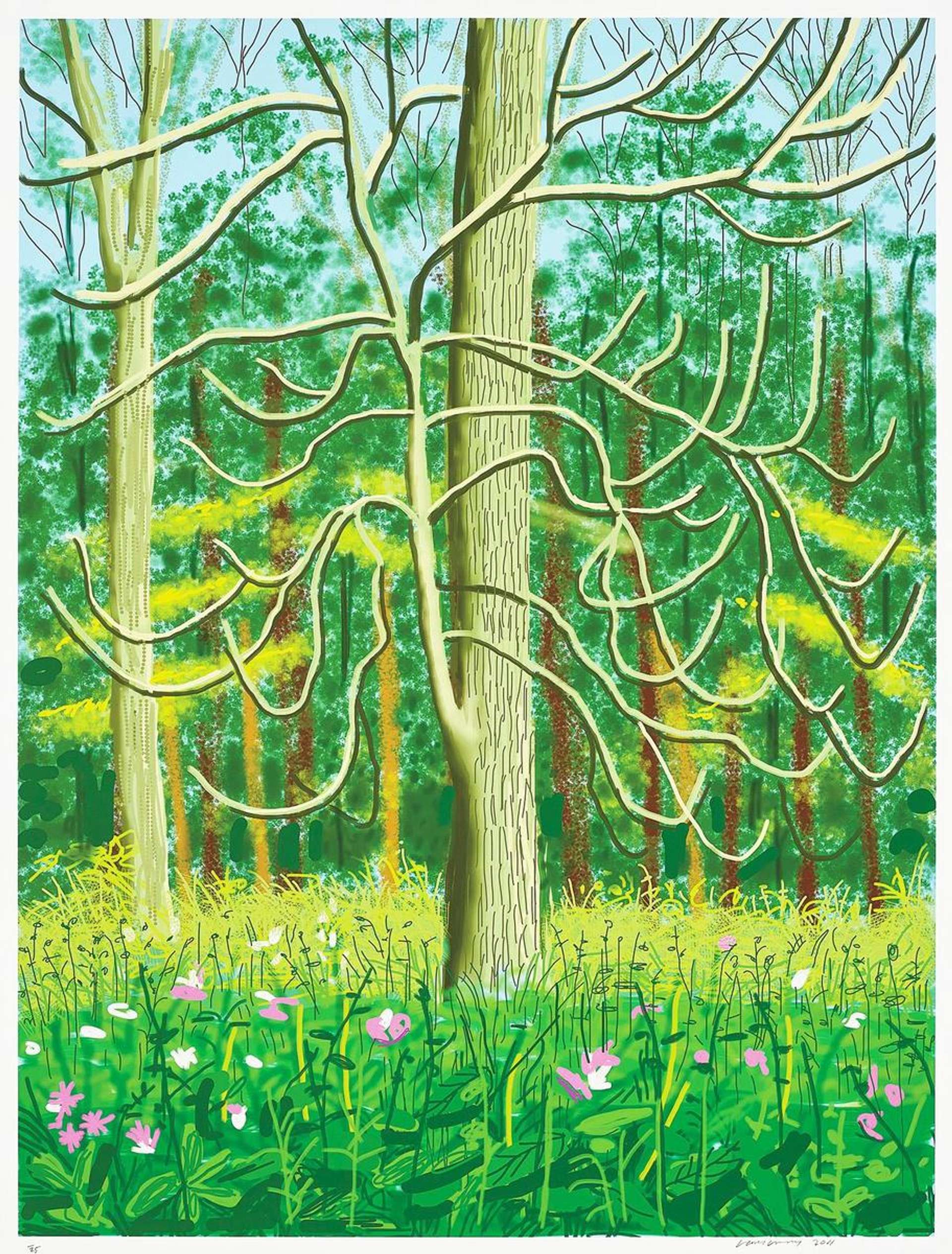 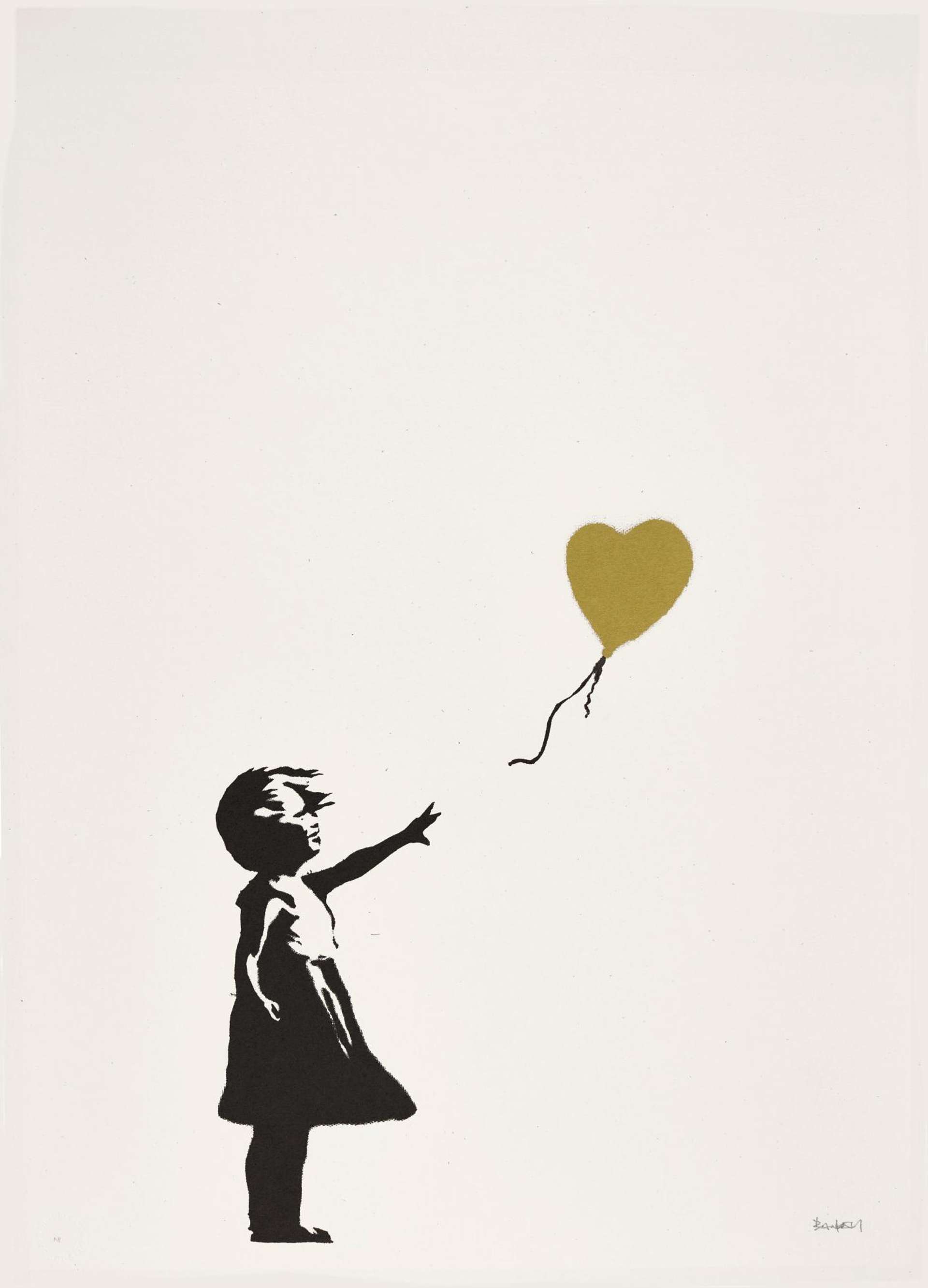 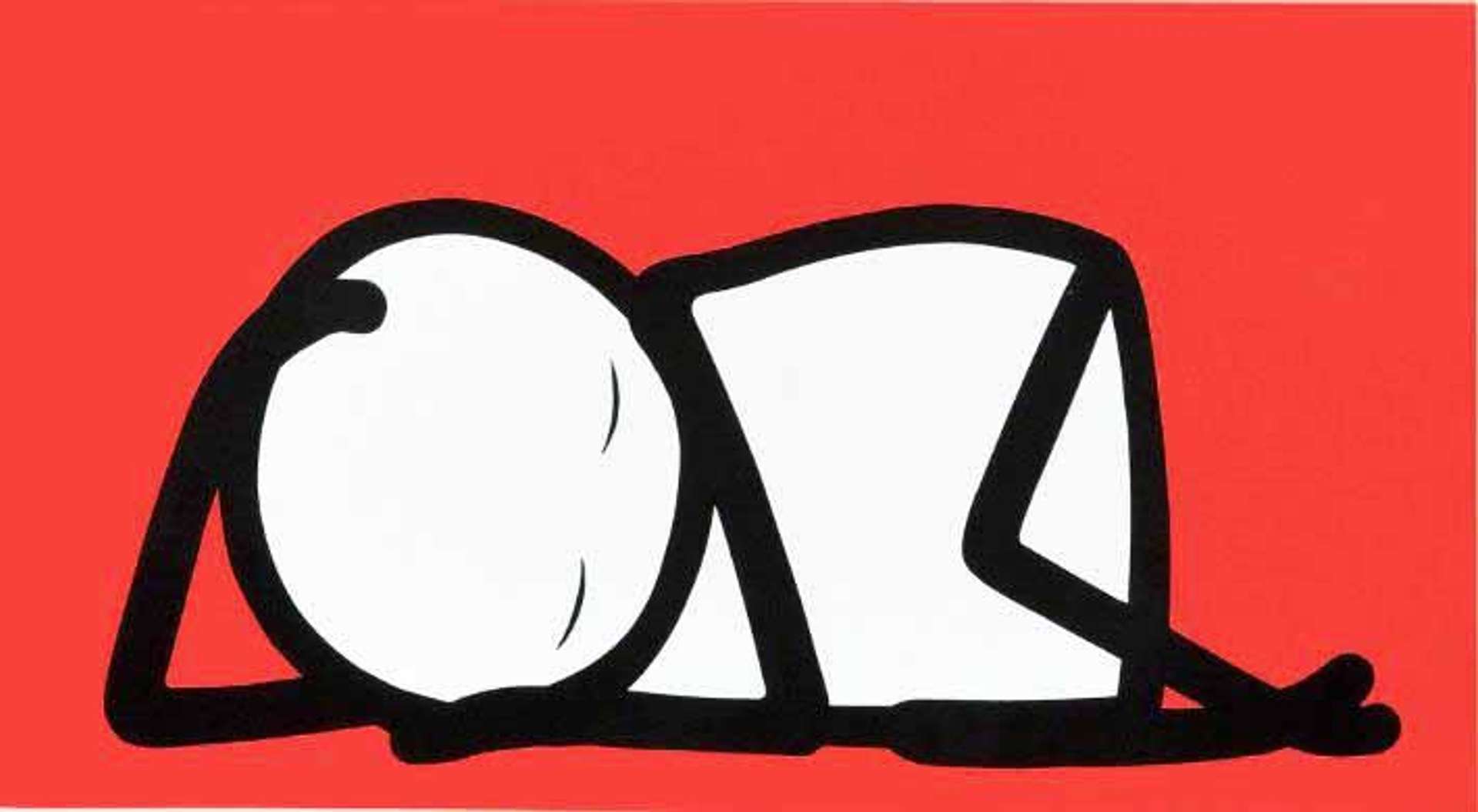 Artists To Watch: The Contemporary Print Market in 2022

In 2022, the likes of Banksy, David Hockney and Damien Hirst have continued to dominate the contemporary print market in terms of profit, price, and value increases.,Yet despite their unwavering hold...