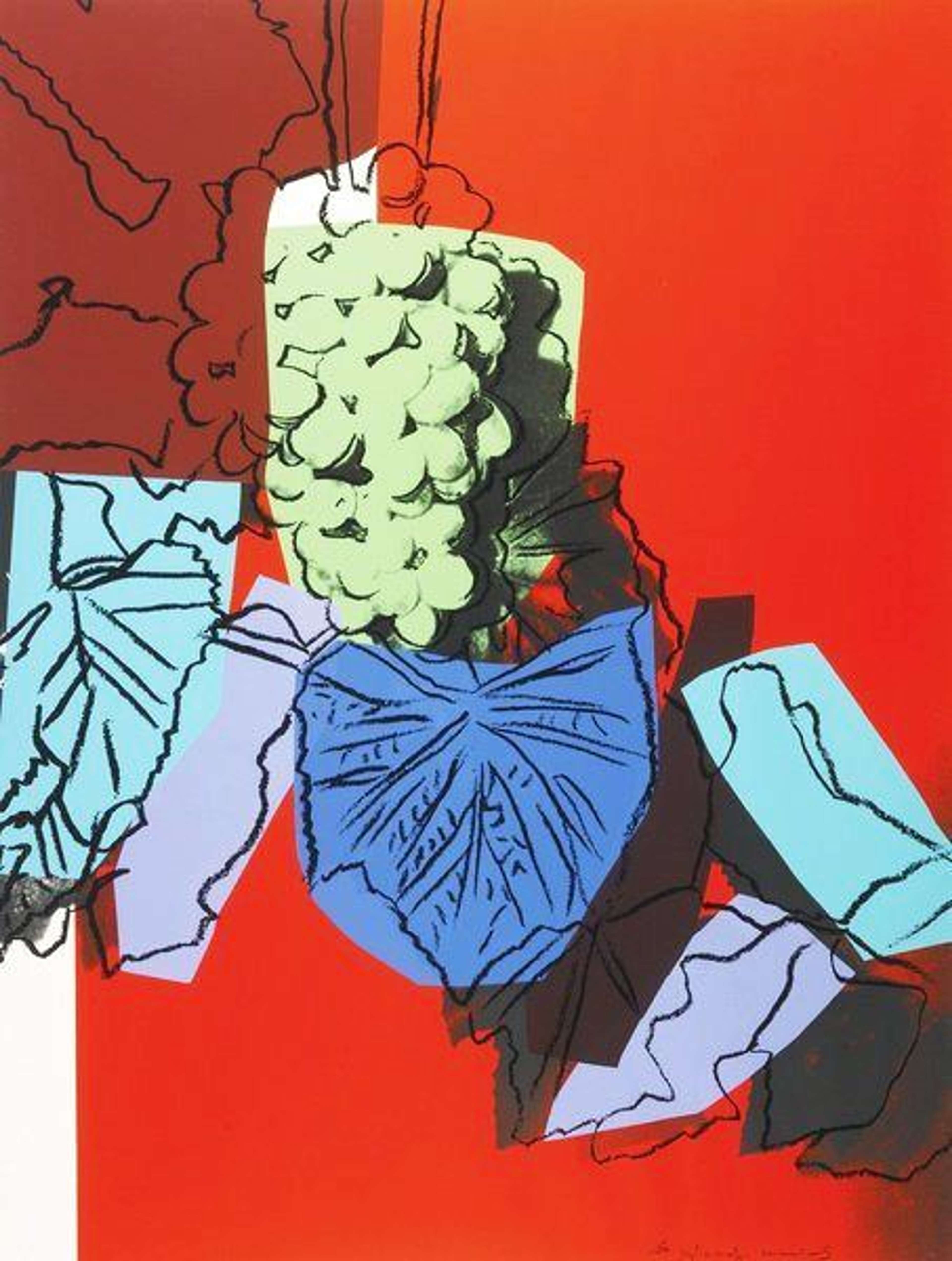 Printed in 1979, Grapes (F. & S. II.194) is a signed screen print in colour by Andy Warhol on Strathmore Bristol paper. The print depicts a bunch of grapes and their leaves in an unusual and abstract composition. The print is rendered in unexpected bold block colours against a bright red backdrop, making the image of grapes almost unrecognisable. Different shades of blue are used for the leaves which surround the pale green grapes. Black gestural lines delineate the details of the grapes and leaves, contrasting with the block of colour underneath which flattens the image.

Grapes (F. & S. II.194) is part of the Grapes series, a still life study of bunches of grapes, branches and leaves. Each of the six prints in the series represents a different grape variety, however, as opposed to traditional still life drawings which strive for realism, in this series Warhol experiments with blocks of colour and hand-drawn lines, eschewing classical realism in favour of a modern perspective. This series reflects Warhol’s still life turn, exemplified in other series such as Flowers and Gems.

The print was influenced by collage techniques, as evidenced in the layering of colours and additional hand-drawn detailing. Grapes (F. & S. II.194) demonstrates Warhol’s experimentation with and incorporation of hand-drawn lines into his compositions, a development that marked his later works. The lines bring a sketch-like quality to the prints which harks back to Warhol’s early career as a freelance commercial illustrator. The saturated colour blocks in this print, along with the sketched lines abstract the grapes, transforming the still life into an enigmatic work of Pop Art.