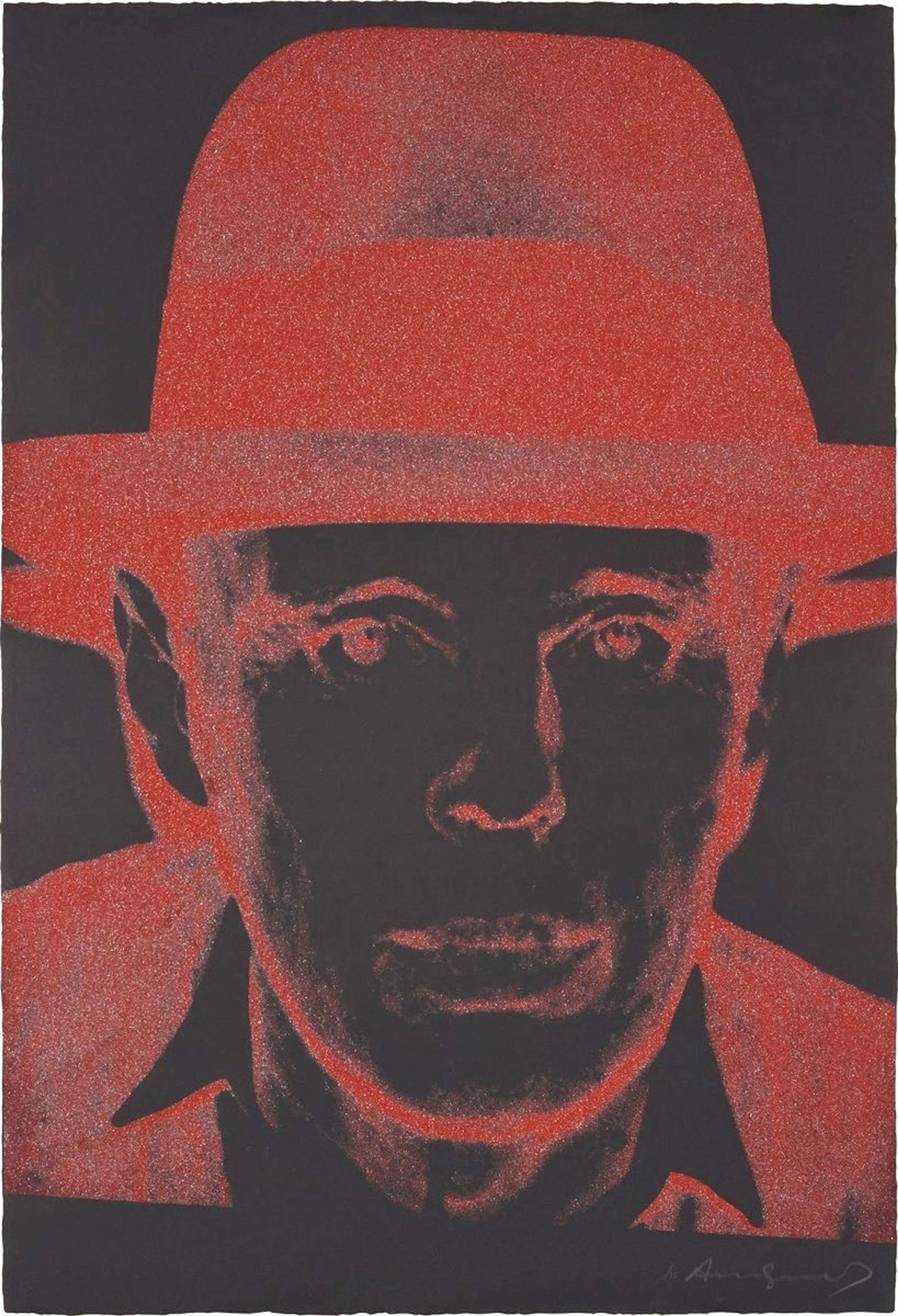 In Joseph Beuys (F. & S. II.247), Andy Warhol depicts the German theorist, activist, and artist Joseph Beuys in headshot. Warhol produced this signed screen print with diamond dust on black Arches paper between 1980 and 1983 in an edition of 90. Printed in red, Joseph Beuys stares out from under his brimmed hat towards the viewer. The inverted colour palette and sparkly diamond dust make this edition unique.

Joseph Beuys (F. & S. II.247) comes from the larger series Joseph Beuys, the entirety of which Warhol produced from a single polaroid taken at their first meeting in 1979. While Warhol was known for his depictions of celebrities and interest in fame and consumerism, Beuys was associated with shamanism and performance art. The two titans of post-war art only met a handful of times, but held great respect for each other. Warhol once remarked, “I like the politics of Beuys. He should come to the US and be politically active there.” This admiration of Warhol towards his German contemporary becomes clear in this extensive series, and in particular, in this diverging image of Beuys created with diamond dust.