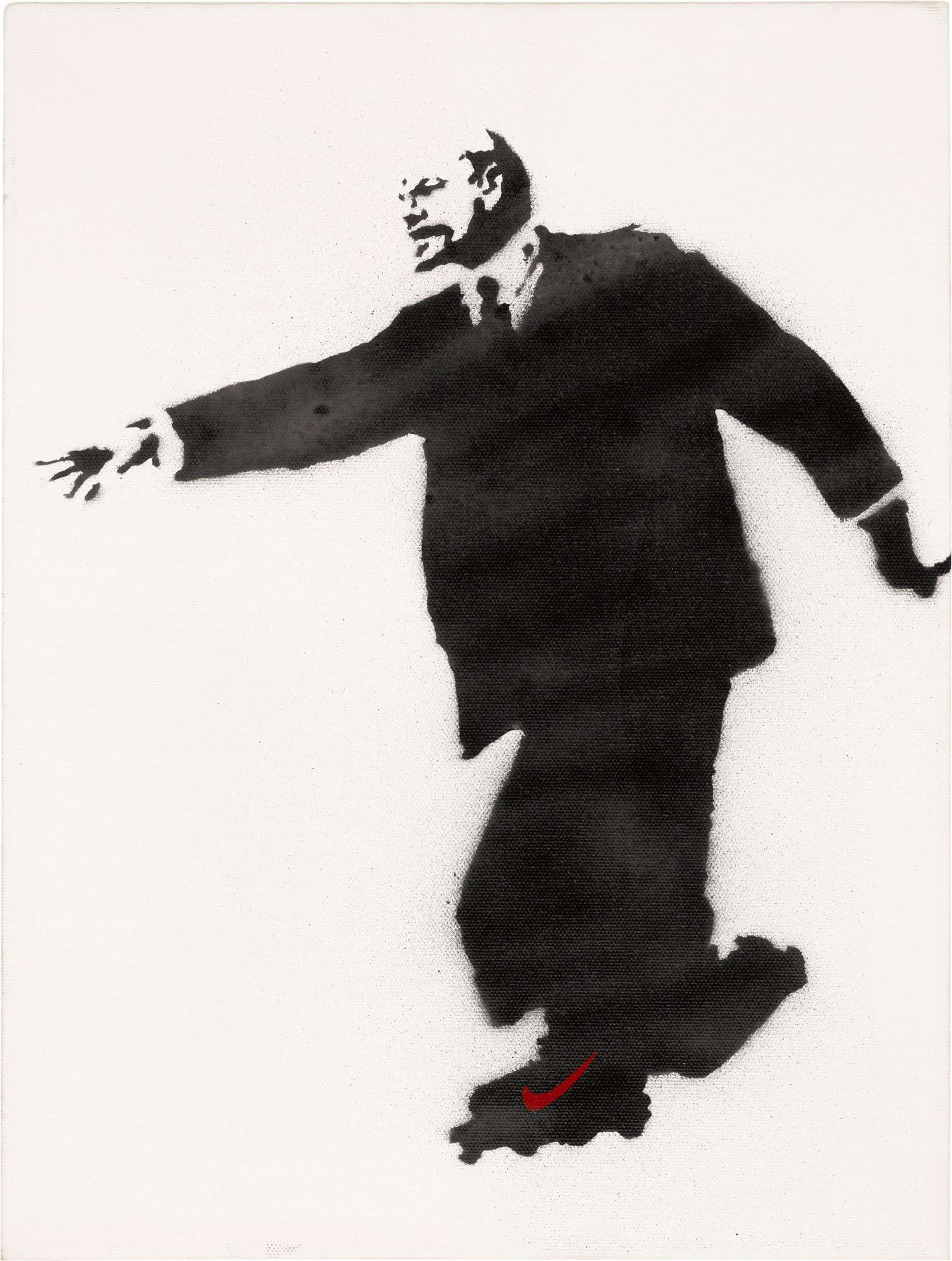 Lenin On Roller Skates (white) is a spray paint on canvas produced by the anonymous British street artist Banksy in 2003. The canvas comes in an edition size of 25 and shows Soviet Union leader Vladimir Lenin roller-skating across the composition. Lenin is rendered in black and white spray paint and his roller skates are branded with a red Nike tick. Within this canvas, Banksy juxtaposes the Soviet leader who serves as an icon of Communism with Nike branded roller-skates which are symbols of leisure, play and the hegemony of American Capitalism and consumerism.

In Soviet propaganda, Lenin’s image with one of his arms outstretched was frequently used as a symbol of Soviet power and strength. Banksy satirises this iconographic symbol of power by re-contextualising Lenin’s stereotypical pose as the motion one does while rollerblading. Lenin On Roller Skates (white) captures the political satire that marks many of Banksy’s early works.

Banksy’s artworks are visually simple and lack complex detail yet tend to carry strong social or political messages and often reflect the artist’s anti-establishment values.  Banksy often takes figures of power or authority and re-contextualises them to produce satirical images, as is done with Lenin On Roller Skates (white).