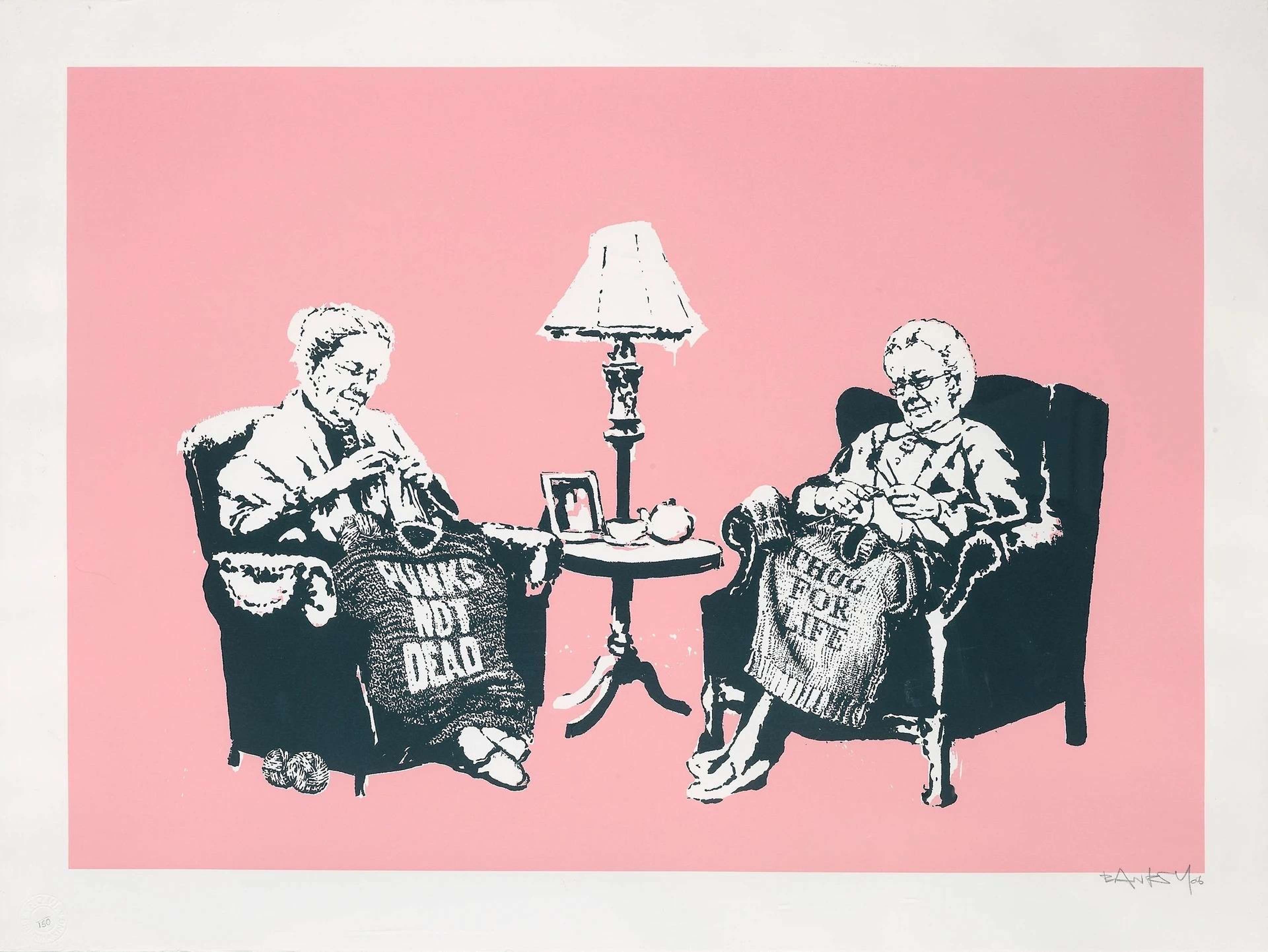 Grannies was released as a signed coloured screen print edition of 150 in 2006, as a part of Banksy’s major exhibition Barely Legal in California.

This sardonic, original, screen print by Banksy was released as part of the seminal exhibition Barely Legal which took place in California, Los Angeles in September 2006 and was the artists first major foray into the US. The unsigned print was released in an edition of 600, whilst 150 signed prints were also made available. Grannies features a blocked pink background, with two elderly ladies sitting on two aged armchairs knitting and drinking tea. Banksy creates a humorous juxtaposition in the image by depicting slogans on the knitted jumpers that read, ‘Punk's Not Dead’, and ‘Thug For Life’.

This piece is often considered to be one of the most humorous images of the Barely Legal exhibition. Both grannies appear pleased with themselves as they quietly resist cultural norms, but, there is an argument to suggest that this goes much deeper. It is possible interpretation that Grannies is a commentary on the way in which counter-culture is appropriated and white-washed into comfortable, mainstream living room material.