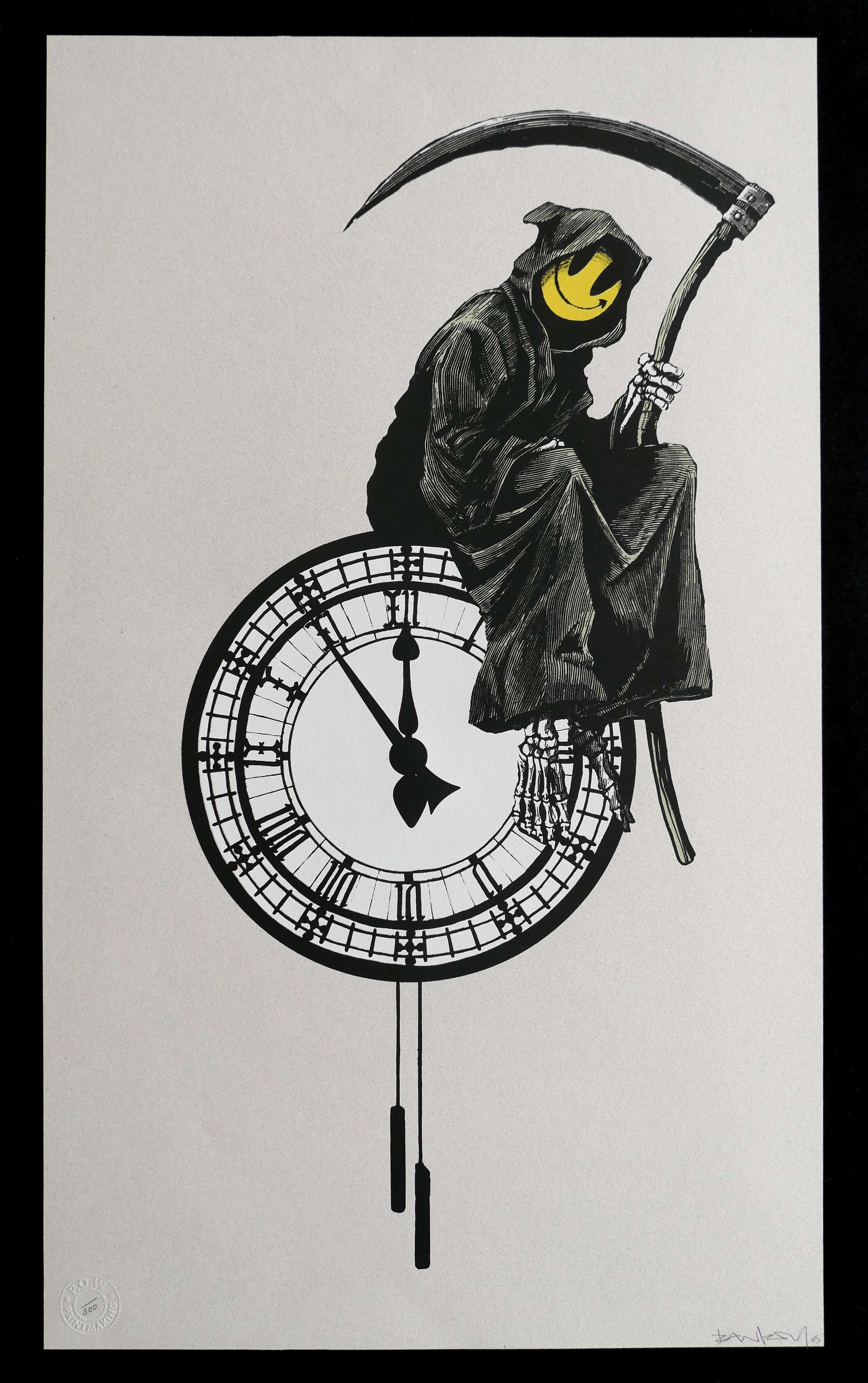 Grin Reaper is one of Banksy’s most iconic limited edition signed screen prints in colour on wove paper, released in 2005 in an edition of 300.

Banksy’s Grin Reaper is amongst the earliest known street art works from the artist. The graffiti appeared around the Old street and Shoreditch neighbourhood in the early 2000s. Most of these works along with the original Reaper were covered up in London’s 2007 anti-graffiti sweep, however, Banksy reproduced the figure in a series of 300 in 2005. In Banksy’s Grin Reaper, the face of the Reaper has been replaced with a bright yellow ‘smiley face’, associated with 90s rave culture and also used by Banksy in other pieces, such as Flying Copper. Perhaps his regular use of this motif reveals how he spent his time in the early 1990s!

This print is black and white, except for the bright yellow of the reaper’s smiling face. The Reaper sits hunched, atop a clock. In his hand, is the Grim Reaper's symbolic scythe and his bare, skeletal feet are swinging over the clock face. The clock reads five minutes to midnight, which leads to speculation that this clock is, in fact, the Doomsday Clock; a visual metaphor representing the likelihood of a human made global catastrophe. The closer the hands get to midnight, the closer we are to the end of civilisation. Although the clock and Reaper are printed only in black and white on a grey background, the black cloak of the reaper is much more painterly than we tend to see with Banksy, giving it a depth of movement and realism often unseen in usual stencilled artworks.