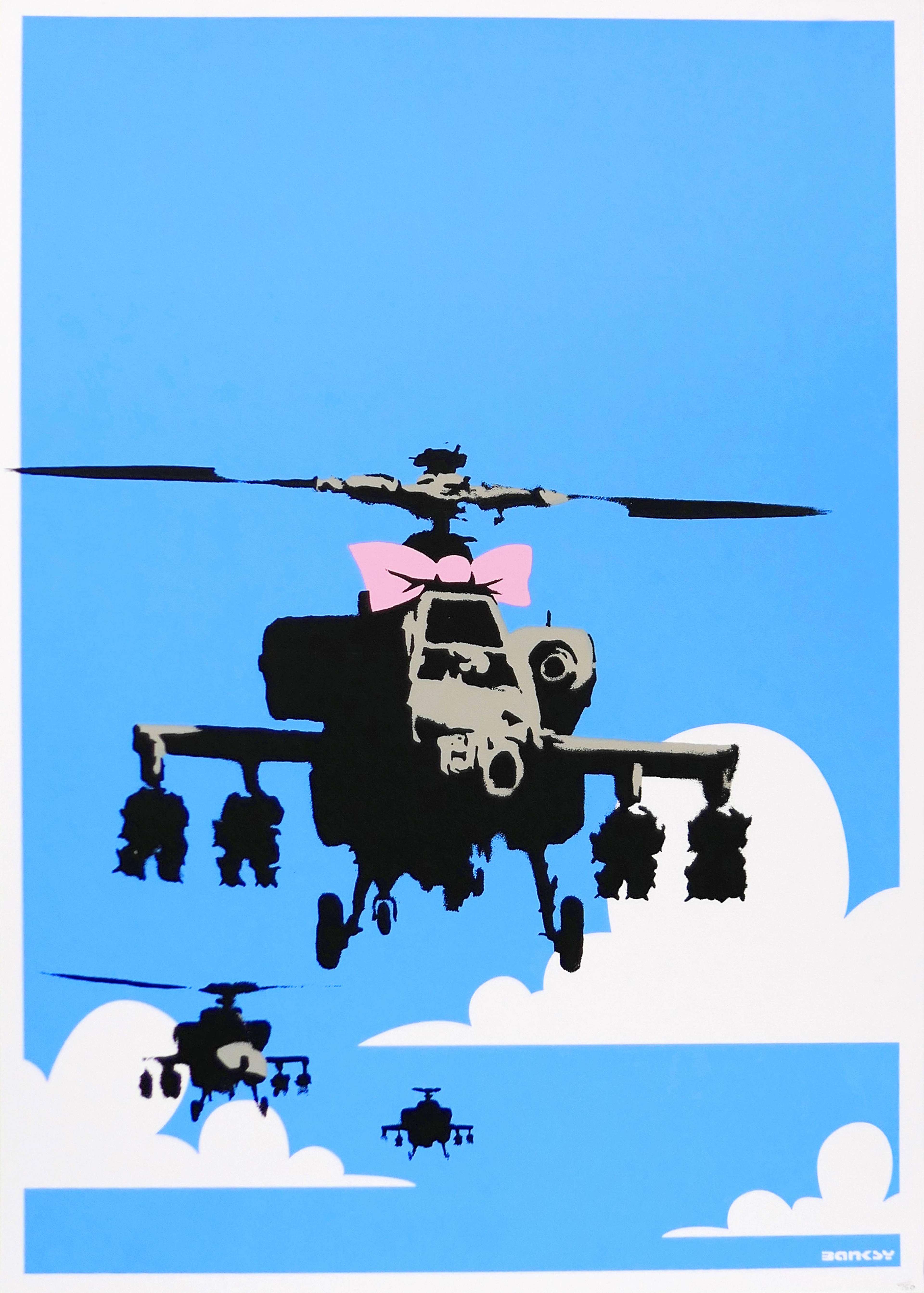 Happy Choppers is an early, witty Banksy screen print, released as an unsigned limited edition of 600 in 2003.

The overt and sarcastic criticism of warfare and military activity is something we have come to expect from Banksy artwork, such as powerful works like Love is in the Air (Flower Thrower) This artwork depicts a hailstorm of gunships, possibly Apaches, approaching over the horizon. A bright blue sky behind them, and fluffy cartoonish clouds belies the oncoming danger. The helicopters are incredibly detailed, with particularly accurate recreation of the rotor blades and landing gear - which serves to accentuate the peril evoked by the artwork. One helicopter is wrapped in a cutesy baby pink ribbon, as though it were a gift, which could be interpreted as a tongue-in-cheek nudge at politicians’ rhetoric who preach that when they export their democracy, they consider it a gift to the citizens whose lives they are about to turn upside down through violent conflict. Some commentary framed Happy Choppers as making light of war, however it is unlike Banksy to be so blasé about the loss and destruction associated with military activity and intervention, which is an issue he has advocated against throughout his artistic oeuvre.