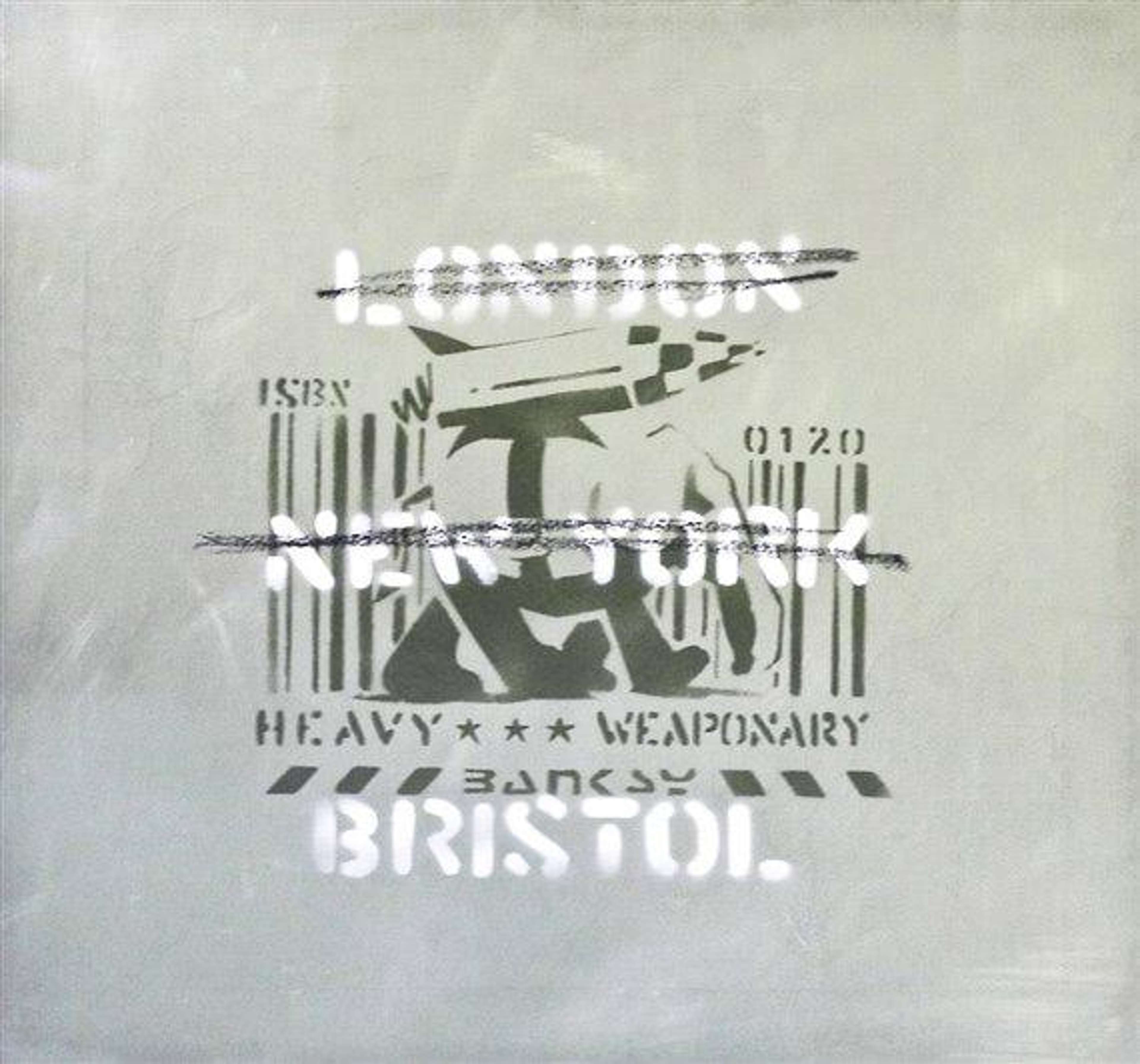 London, New York, Bristol (Heavy Weaponry)  is a spray paint and emulsion on canvas made by street artist Banksy in 2000. Coming in an edition size of 10, each work is a unique variation. The canvas shows an elephant walking across the composition, set against a dark grey backdrop. The elephant is rendered in green using a stencil in Banksy’s quintessential street art style. The elephant has a rocket strapped to its back and is captured walking past a barcode that says ‘heavy weaponry’ beneath it. Spray painted at the top and bottom of the composition in white are the names of the cities in which Banksy has painted the majority of his murals, London and Bristol.

The image can be interpreted in various ways and the anti-military message is arguably the most obvious interpretation. Many of Banksy’s images carry an anti-war sentiment, such as Kids On Guns and Bomb Love.

The oversized barcode behind the elephant is a visual motif that appears in many of Banksy’s other works, such as Barcode Leopard. The barcode acts as a symbol for Capitalism, consumerism and perhaps, viewed in this context, the money wasted on modern warfare or the commodification of war.