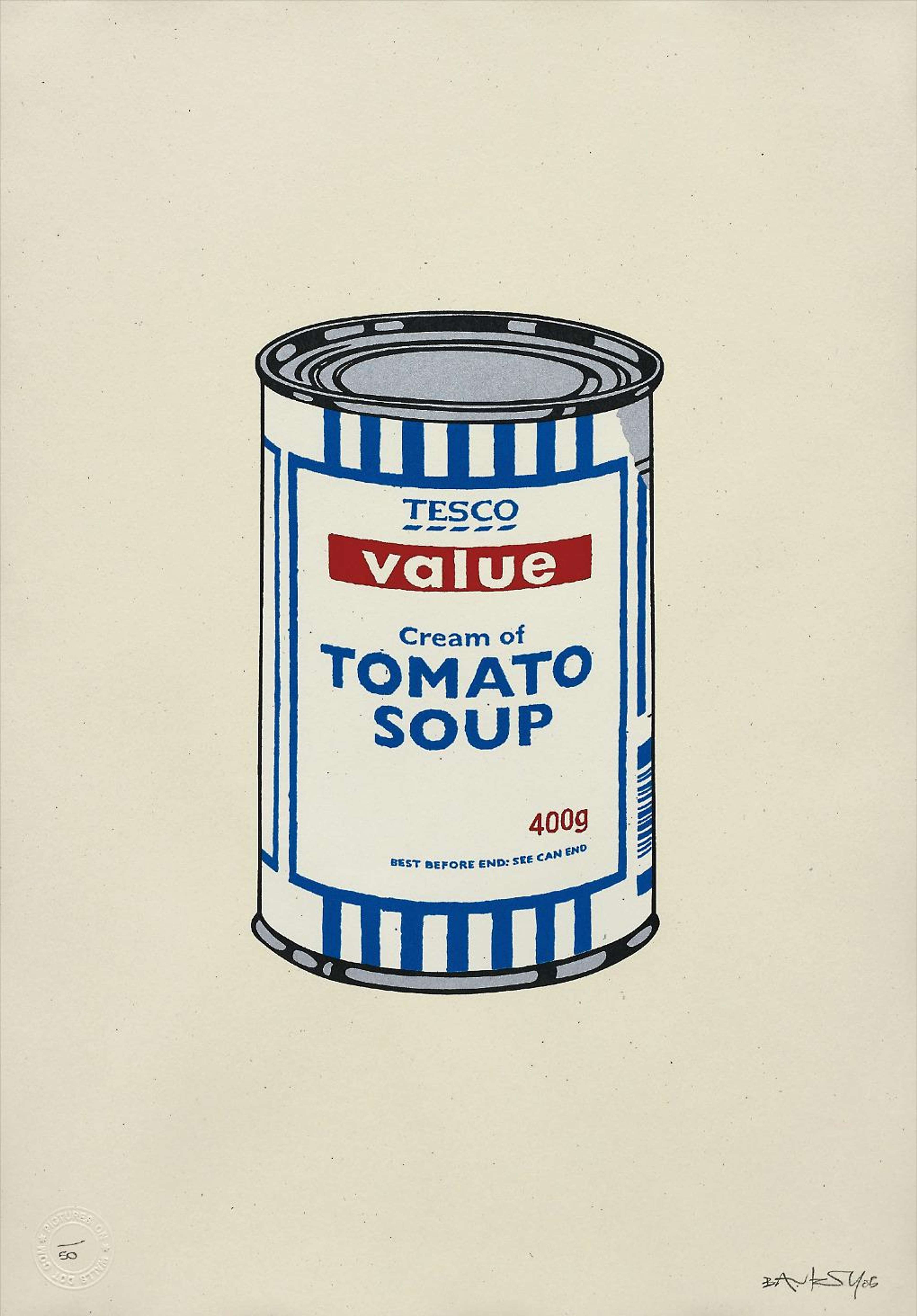 Soup Can is a highly coveted Banksy work inspired by Andy Warhol’s famous image, released as a signed screen print in colours as a rare edition of 50 in 2005.

Banksy’s original four-colour screen print, Soup Can, is a play on Andy Warhol's now-infamous Pop Art Campbell’s Soup Cans. As Pop Art with from the 1960s, Banksy has taken the image of the commercial product into the realm of art, but has transported it into a 21st century cultural context and ironic style using a Tesco tomato soup can - far less romantic than the nostalgia we now associate with Campbell’s.

The limited edition screen print is one of Banksy’s most iconic and came in four different variations (the number of cans featured on the print, and their colours vary). Originally released in 2005 the original was a single Soup Can. The edition was of 250 unsigned screen prints. This Soup Can features a single can and the original blue-red-white colour palette.