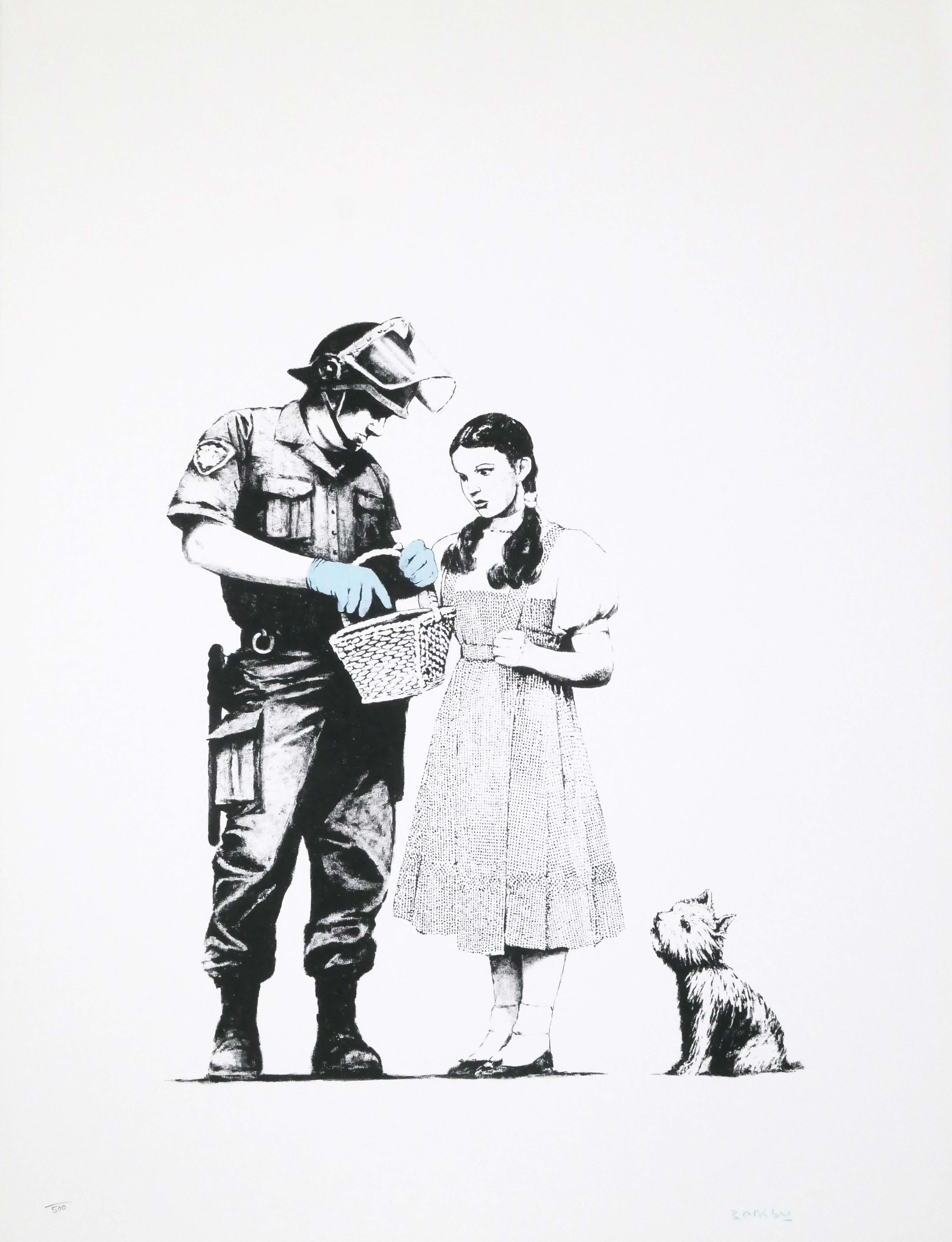 Stop And Search is a signed screen print released in 2007 as an edition of 500 as a quintessential example of his use of a monochrome palette with a single splash of colour.

Stop And Search is a monochrome print presenting a two-dimensional narrative with three central figures; fairly recognisable Dorothy (the central character of the Wizard of Oz), her dog, Toto, and a police officer wearing blue latex gloves, which is the only coloured element in Stop and Search. The visual tool of foregrounding an artwork’s punchlines and central symbols through rendering them in a splash of colour against a largely monochrome piece is one of Banksy’s favourite techniques. In this emotive piece, we watch the police officer searching through Dorothy’s basket.

The artwork can be interpreted through the plot of The Wizard of Oz, suggesting that Dorothy and Toto are being prevented from getting home. The purity and naivety associated with the protagonist in the film is embedded within the piece and only accentuate the absurdity of the search act. Dorothy is unanimously seen as a character representing innocence and freedom, and yet even she is not free from the menacing influence of the state. Banksy often formulates critical commentary towards the state, surveillance and the police juxtaposed with symbols of childlike innocence, such as in Jack & Jill showing two small children playing wearing police body armour.