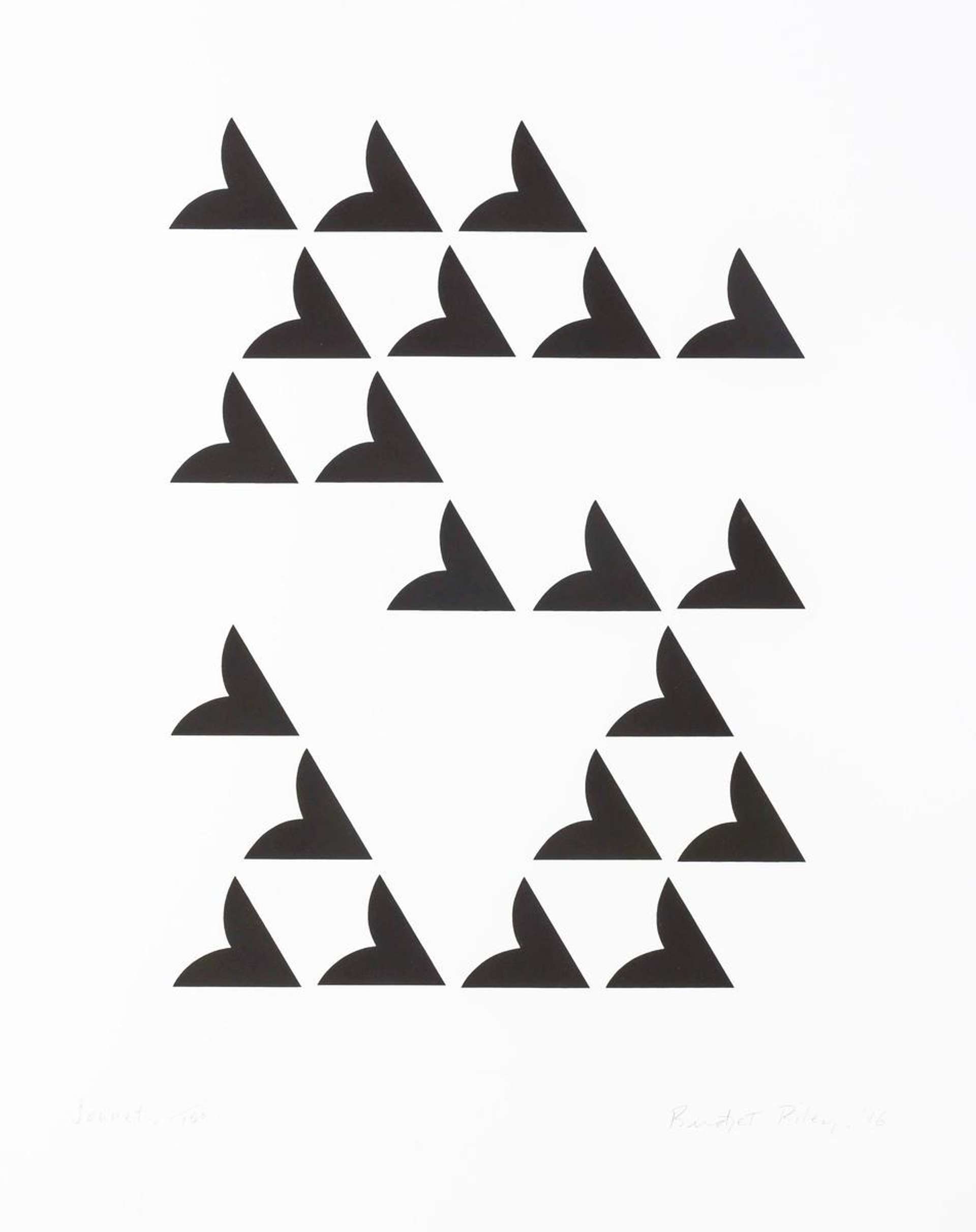 Executed in 2016 and released in an edition of 150, Sonnet adopts the style of Bridget Riley's early works from the 1960s which were executed exclusively in black and white, before the artist went on to incorporate colour in the 1970s.

Arranged in a horizontal, vertical or diagonal configuration, depending on one’s perception, the triangular shapes forming Sonnet have a winged left-hand edge. Sonnet compliments Dance, a site specific work Riley executed for the Gemeentemuseum in the Hague. Dance, which took three years to complete and is now a permanent feature of the Museum’s reception, is a larger scaled version of the work on paper Sonnet.

Riley has always worked within limits: limiting her work to just black and white, or a limited selection of three or four colours, as well as limiting the geometric forms that constitute her compositions. On this Riley professes: “I realised that the most exciting way of setting about work was to establish limits, in terms of each particular piece, which would sometimes push me and the work as we evolved together into such tight corners that yielded surprising riches”. Riley goes on to claim that it was only through limiting herself that she could discover things she would have never dreamt of within her practice. In other words, Riley believes that the controlled, formal logic of her works allows for a more intense synaesthetic freedom.