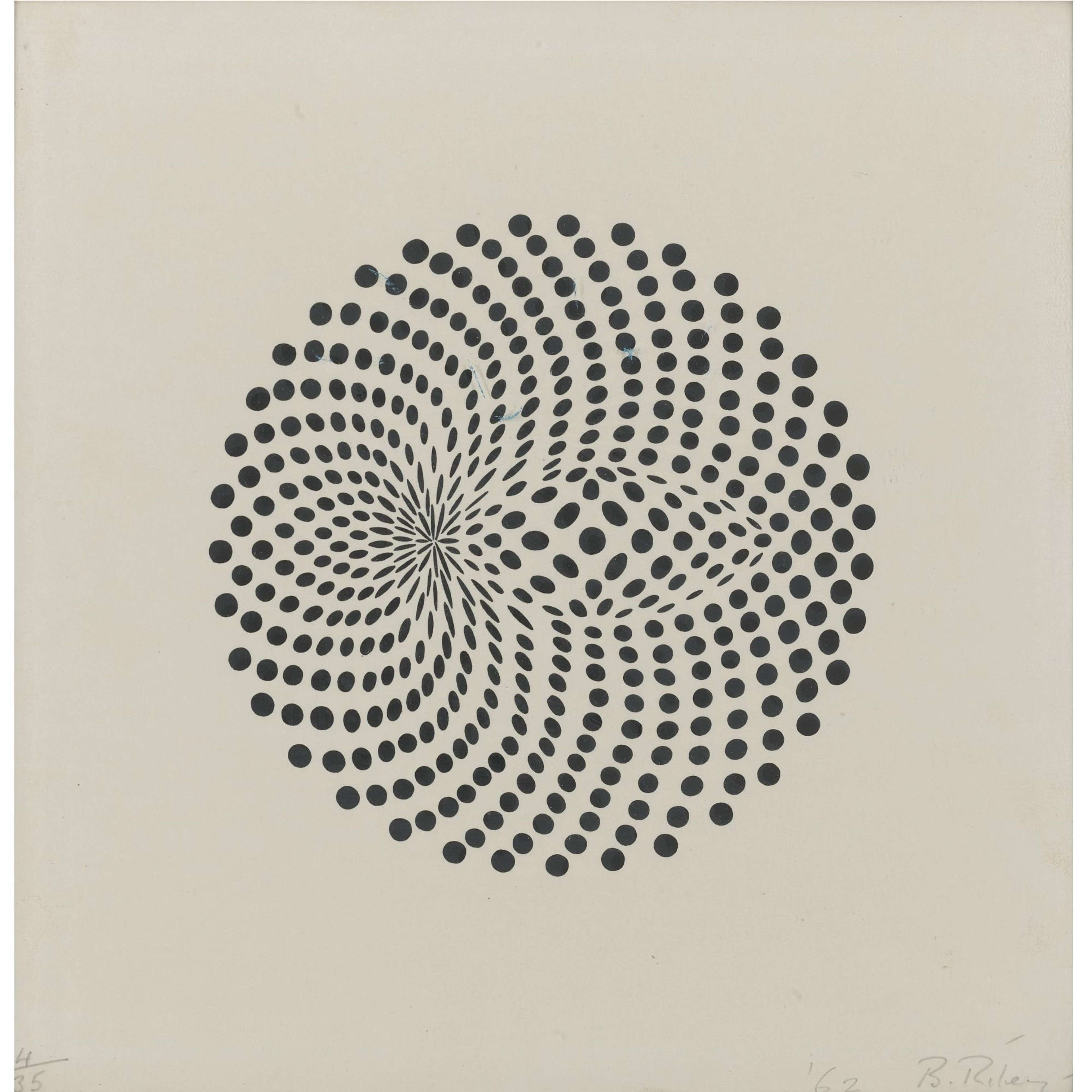 Untitled, Circular Movement is a signed screen print produced by Bridget Riley in 1962. This print is one of the artist’s earliest works and marks the beginning of Riley’s successful artistic career. The print depicts a mesmerising pattern composed of black spots. The spots are arranged in a circular shape, however some appear to have been squashed into oval shapes which prompts the viewer to look closely at the spots that make up the composition. The print captures Riley’s philosophy that complexity lurks beneath the surface of simplicity.

This print was made near the beginning of Riley’s artistic career and was created before the artist had achieved international acclaim. Riley’s early works are characterised by the use of black and white and geometric shapes which are arranged to produce visually stimulating patterns.

Riley has been categorised as an Op artist due to the way in which she explored the interplay of shape, line and light in her works. Op art, short for ‘optical art’, refers to the way in which artists use shapes, colours and patterns to produce images that seem to be moving. Riley was intrigued by the way in which certain arrangements of shapes and colours could evoke a sense of movement, and this fascination marks many of the artist’s works.