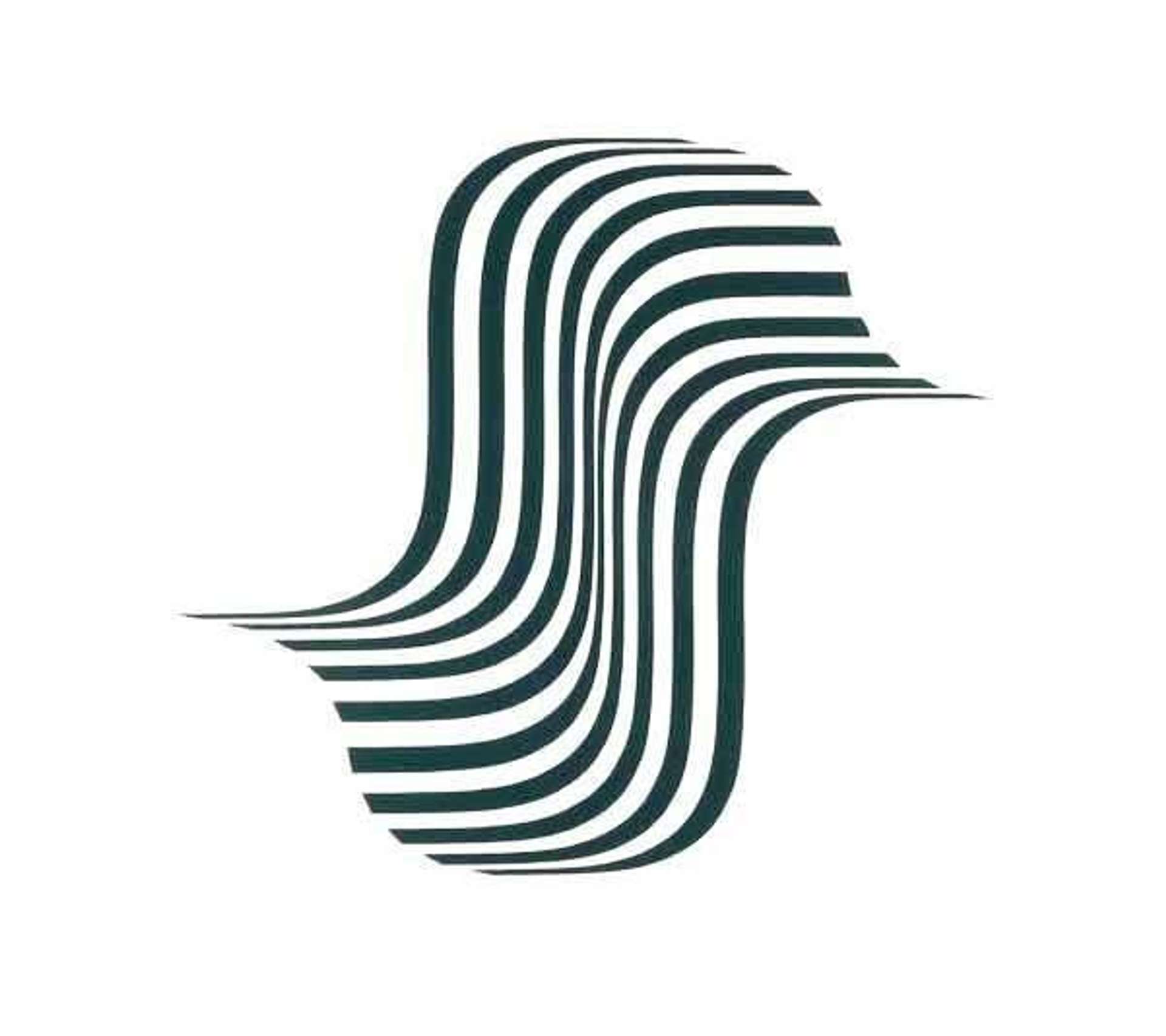 This signed screen print by Bridget Riley was released in 1966 in an edition of 85.

Winged Curve is geometric in form and composition. Featuring black lines that curve up and down once each as they move down the page. Such simple forms give a three-dimensional appearance to a two-dimensional surface. This impression, combined with the evocation of movement within the lines, creates mesmerising effects, from which the label Op Art takes its name. Such optical illusions are typical of Riley’s work from the 1960s and are what propelled the artist to fame following their inclusion in the 1965 Museum of Modern Art exhibitions The Responsive Eye.

With a singular and instantly recognisable artistic style, Bridget Riley is renowned for her post-painterly approach to creating work. Employing a mathematical, precise technique, Riley capitalises strongly on optical illusion. Beginning her career painting subjects in a figurative, semi-impressionistic manner, Riley began to develop her signature style in the 1960s. Op Art - the style for which Riley would become well known, capitalises on optical illusions and geometric, visual phenomena.