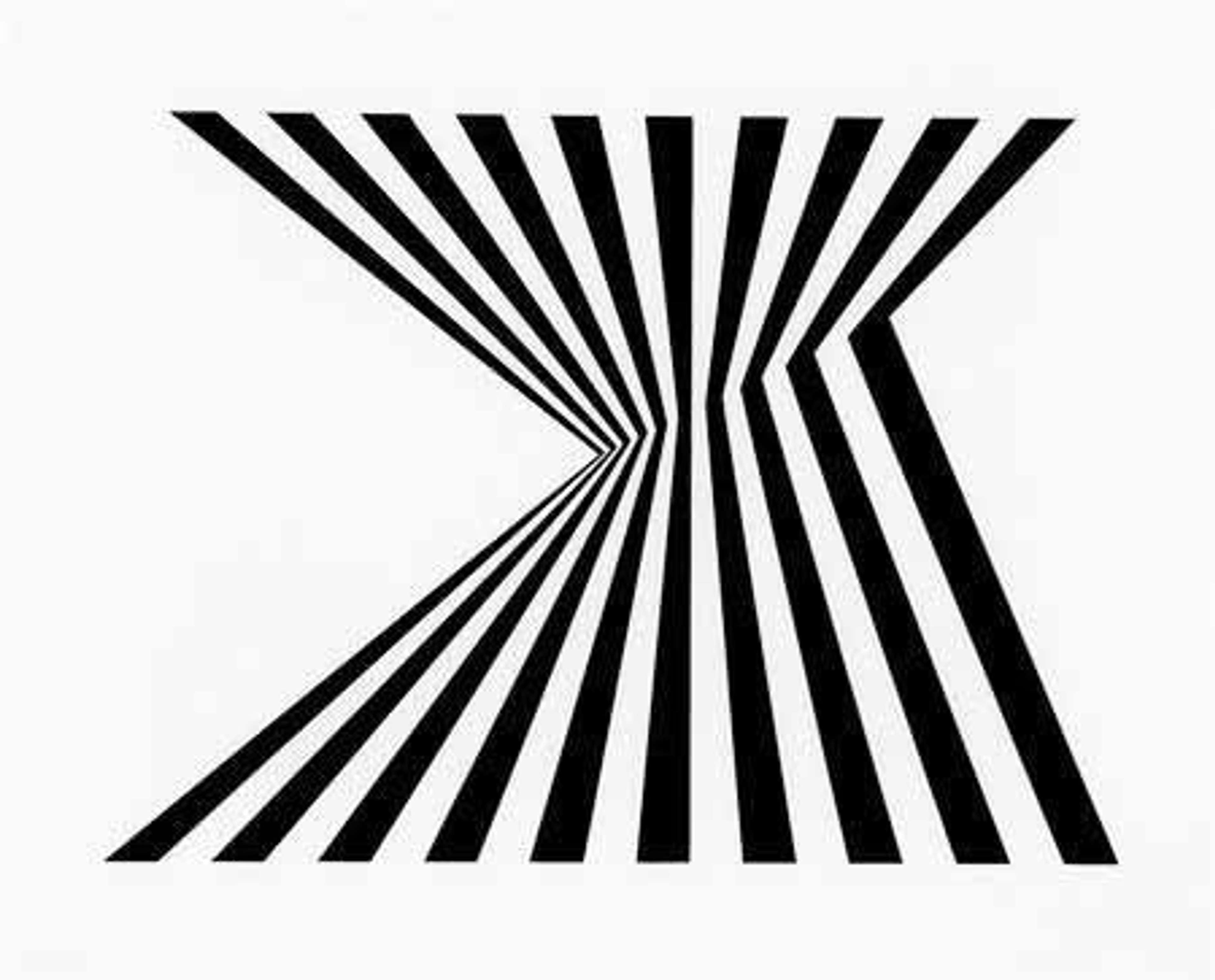 This signed screen print by Bridget Riley was released in an edition of 75 in 1965. Composed of horizontal lines bent at altering angles across the picture surface, Fragment 1 epitomises Op Art and is a fundamental work in Riley’s oeuvre. Short for optical art, the Op Art movement, and its proponents, created abstract works that frequently utilised optical illusions. Giving the viewer a sense of movement, or distortion, the patterns seem to vibrate, swell or warp.

The width of the black lines constituting Fragment 1 decrease as they reach the centre of the canvas, creating the illusion that they are bending away from or towards the viewer, dependent on which point the viewer’s eyes focus on. The strain of focusing one’s eyes on the black and white geometric patterns creates a sense of frustration for the viewer. Non-representational, Riley’s works are analogues of black and white, yet they seem to move without an apparent beginning or end. Overall, Riley’s works represent the height of simplicity, yet they are ingenious in their power to shift and oscillate before one’s eyes.

Leaving post-war austerity behind them in the 1960s, artists felt as if they were embarking upon a brave new world as a period of renewed energy and optimism dawned. Indeed, Fragmentis reminiscent of Aldous Huxley’s literary works, such as The Doors of Perception (1954), in which he chronicles his personal experiments with psychedelic drugs. Working as societal norms were being challenged as people strove from individuality and freedom of expression, Riley’s works reflect the sentiment of the age in which they were created.