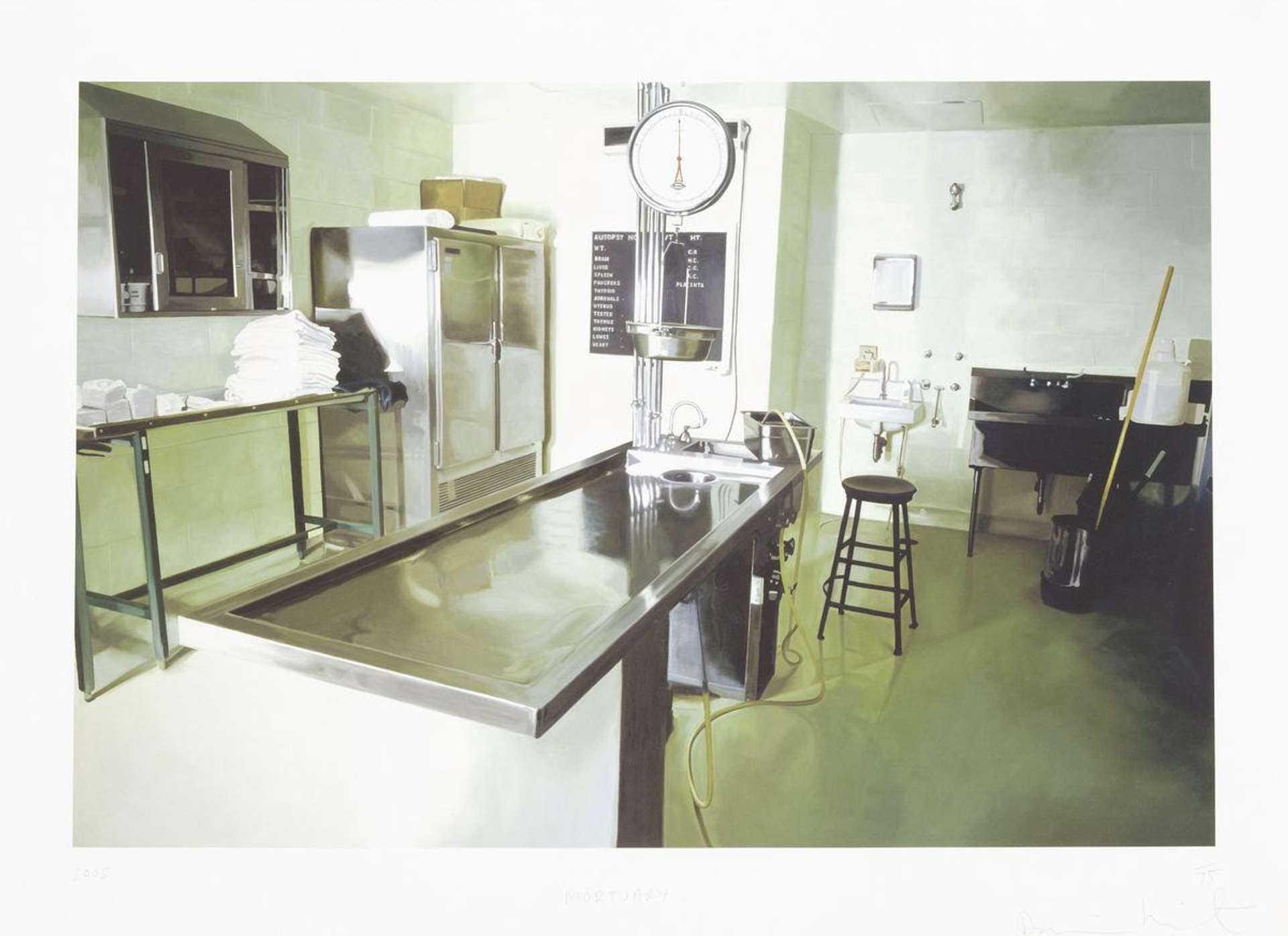 Mortuary is a digital print of a photographic image by Damien Hirst, released in 2005. It represents a mortuary, the place where dead people are kept. The stainless-steel counter occupies the centre of the image and there is a sink and storage cabinets in the back. The work was inspired by Hirst’s 2003 oil painting of the same name. The digital print is signed in the bottom right corner.

Hirst produced the digital print, Mortuary, to unsettle. The stillness of the image provokes an awkwardness in the viewer. They are gazing upon a mortuary that is eerily clean and empty. The absence of any figures, coupled with the viewer’s knowledge that there have been and will be figures placed on that counter, makes the work particularly unsettling. There is a sense that the picture represents a functioning mortuary which is in use. This makes the tension caused by the absence of any figures more heightened.

This work, which explores the presence of death was related to his 2003 oil painting of the same name. The painting, which belonged to the Fact series evoked the sense that it was a photograph. Consequently, Hirst could produce digital prints of similar topics that were very close in visual effect to the oil painting. Between April and May 2021 Gagosian, London, exhibited sculptures and paintings from the Fact series. The exhibition illustrated, amongst other things, Hirst’s fascination with death. The presence of a cow’s head, the French Nuclear Test painting, and many other works evoke a sense of disaster, destruction and death.