Skull With Ashtray And Lemon 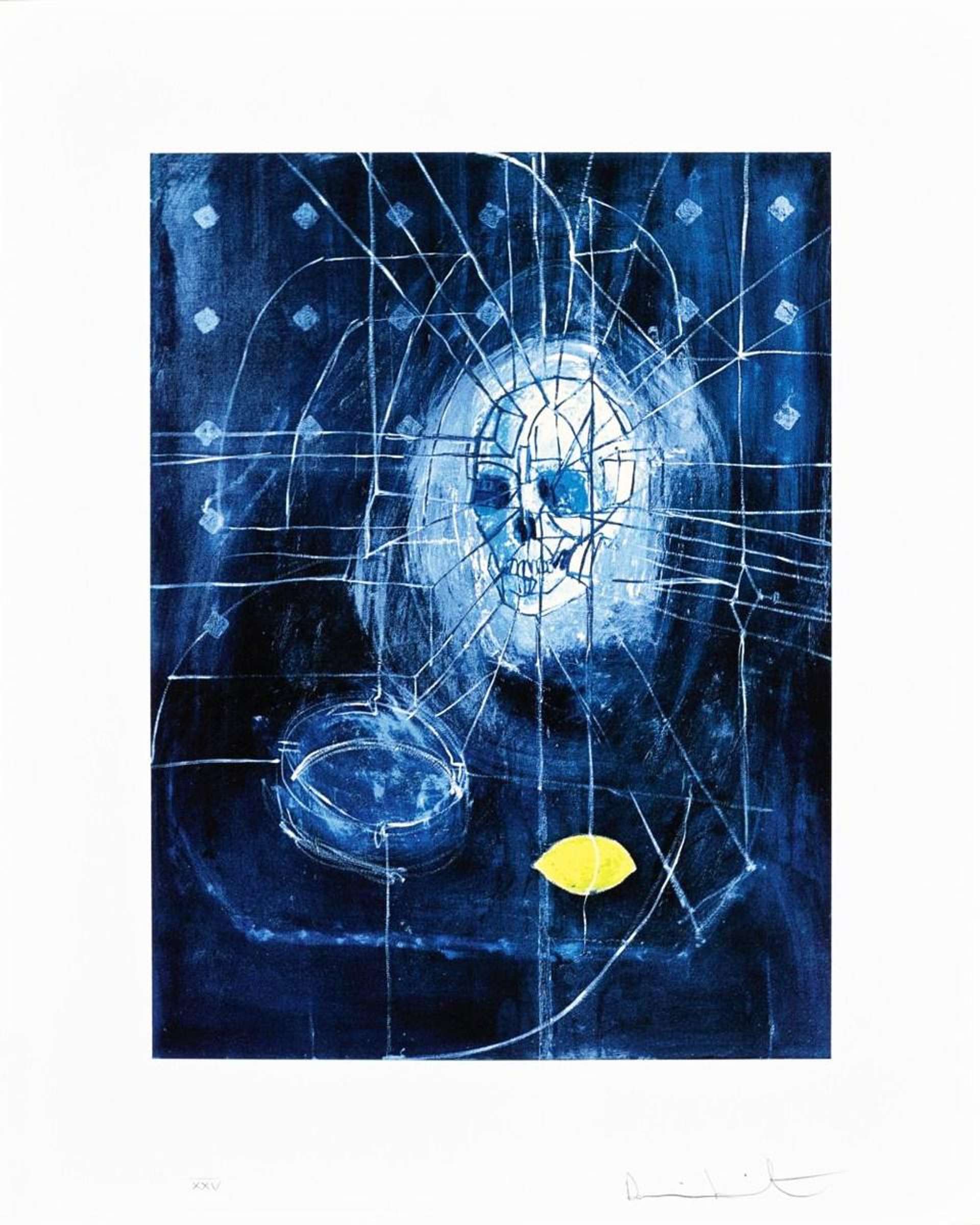 Skull With Ashtray And Lemon is a signed screen print by British artist, Damien Hirst, released in 2009 in an edition of 100. Published by Other Criteria, this work depicts a drawing of a skull, ashtray, and lemon on a deep blue background. In a distinct way it depicts a skull, a theme that Hirst has explored elsewhere.

Skull With Ashtray And Lemon is a unique print in Hirst’s oeuvre. It is indicative of his persistent interest in skulls, but uses the memento mori in a novel way: one need only to look to Hirst’s For The Love Of God sculpture, produced in 2007, to see that he had continually explored the theme of the skull. In this print it seems a bit more sinister. The skull, a symbol of death, is pared with an ashtray – again a symbol of illness and decay. The lemon provides ambiguity. Whilst it is a bitter fruit, its colour here contrasts with the rest of the print.

This is a print of a painting of the same name that Hirst produced in 2007. The painting, he suggests, expresses his sense of mortality. In an interview with Time Out in October 2009, Hirst stated that he could “quitetly express those things in paintings, but there was no way I could express that in a spin or a spot and it was stratting to gnaw away at me”. In response, the artist produced these types of works. As Hirst stated, this painting and art more generally “is a great way to look at the darkness without having to look at it directly”.