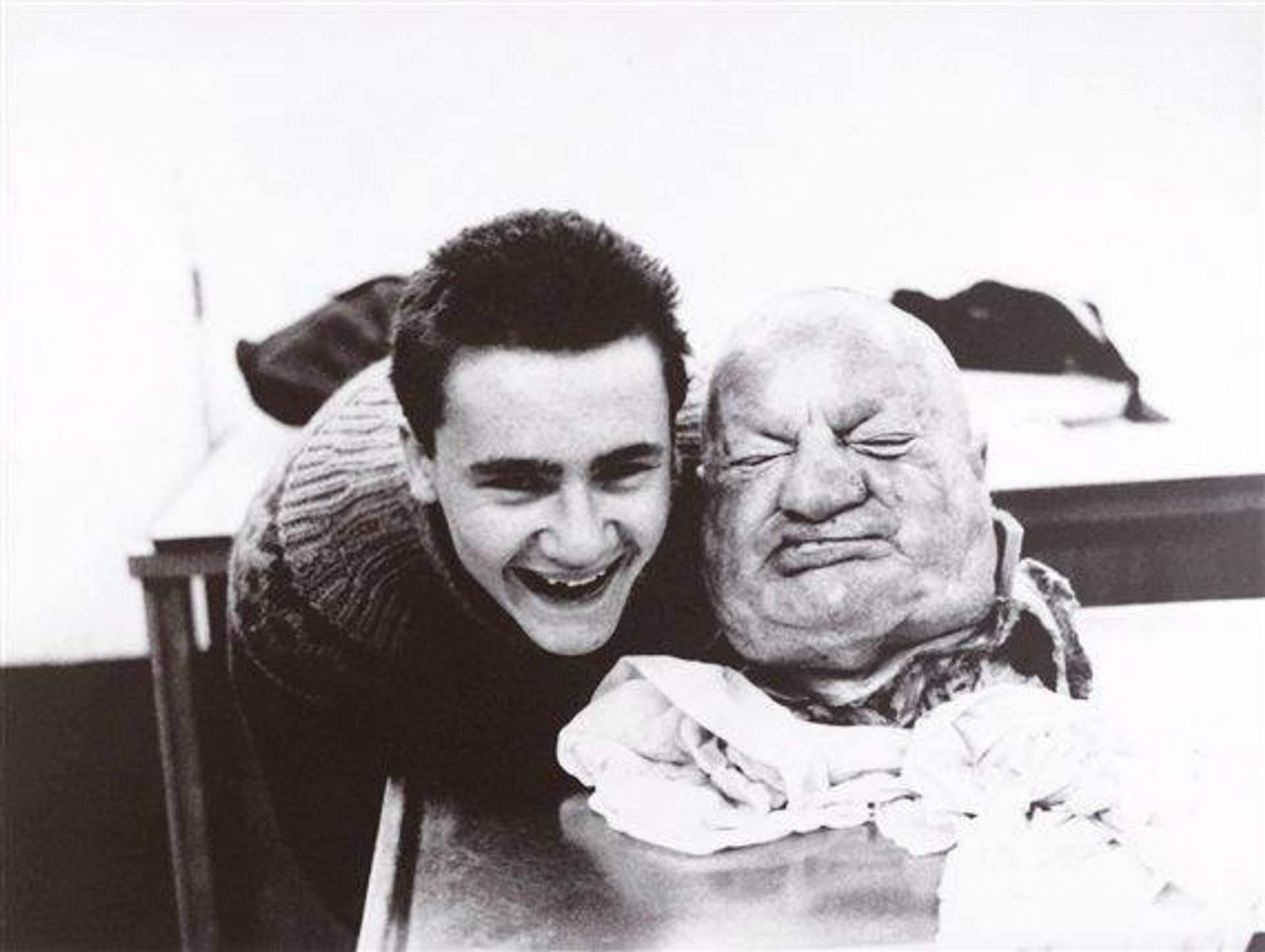 With Dead Head is a signed photographic print produced by renowned contemporary artist, Damien Hirst. The print, made in 1991, is a black and white photograph of the artist himself as a teenager, posing with the head of a corpse. Hirst is seen griming excitedly next to the head, his joy and excitement is perplexing, given his proximity to the corpse, which most would find gruesome or upsetting.

The print is emblematic of the artist’s fascination with questions of life and death which he frequently explores in his artworks. Hirst has long been interested in death, as demonstrated in this photo, which was taken when the artist was sixteen. Hirst would often visit the anatomy department of Leeds Medical School to produce life drawings of the bodies he found there. When discussing why he was so fascinated with the theme of death, Hirst explains “You can frighten people with death or an idea of their own mortality, or it can actually give them vigour.” With Dead Head captures how Hirst wants the viewer to accept and rejoice in the inevitability of death instead of fearing it.

The photograph was selected and enlarged by Hirst in 1991, to mark the year of his first two solo exhibitions in London which received critical acclaim. The image represents how questions of life and death would become central to the artist’s oeuvre.