For The Love Of God, Wonder 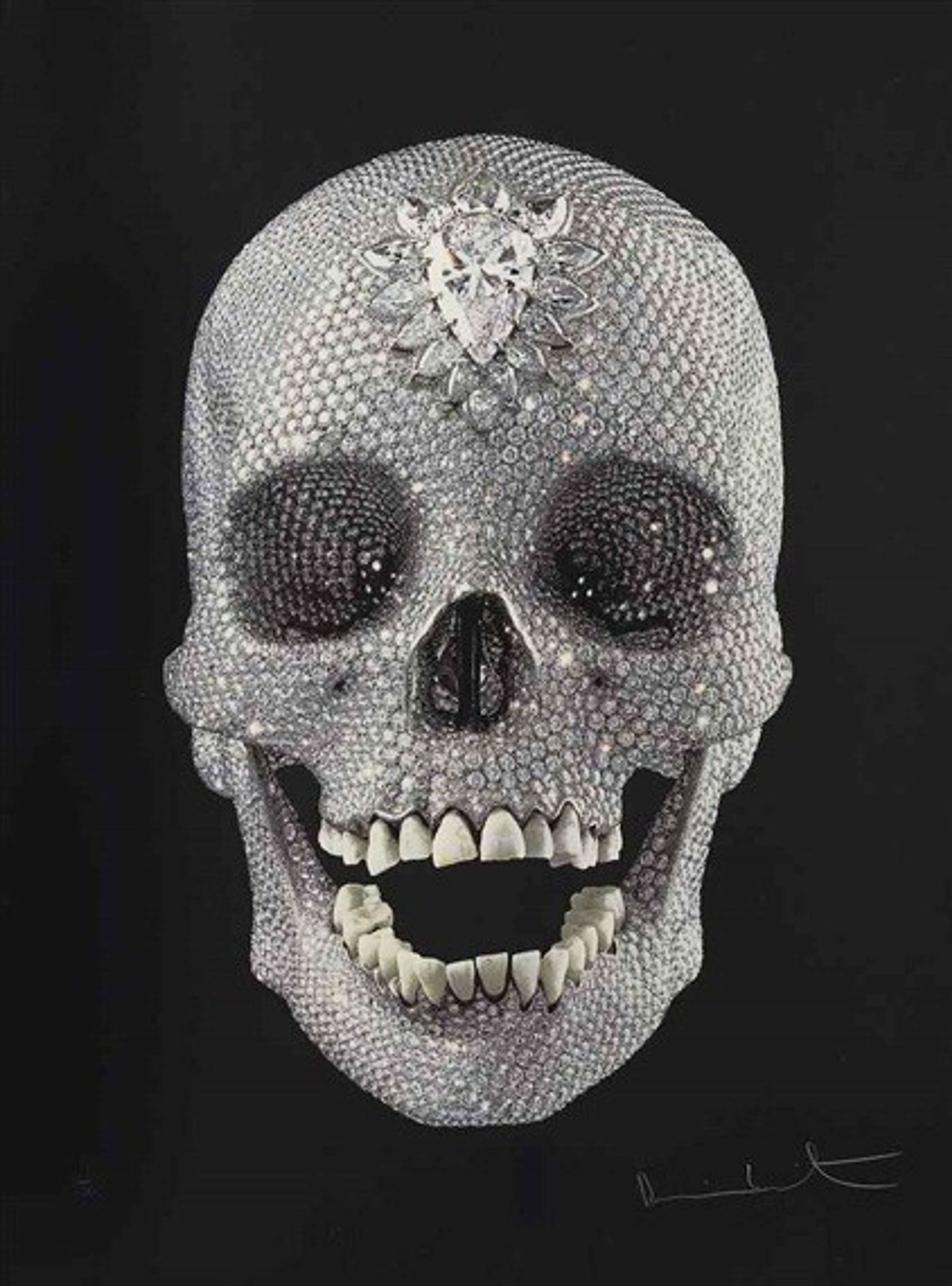 For The Love Of God, Wonder
Signed Print

For The Love Of God, Wonder is a signed screen print from 2009, taken from Damien Hirst’s For The Love Of God series. The print shows a photographic image of a diamond encrusted skull with its mouth open and positioned head-on to the viewer. The image of the skull is set against a stark black backdrop, creating a dramatic composition.

Every print in this series is based on an image of one of Hirst’s most celebrated works, For The Love Of God from 2007. This work was a sculpture of a diamond-encrusted skull, cast from a real human skull and set with its original teeth. The image of the human skull in art history symbolises mortality and by covering this symbol in diamonds, Hirst’s intention is to shock the viewer with a set of visual juxtapositions.

For The Love Of God, Wonder shows the image of the sculpture with a large stone set in the centre of the skull forehead. This central stone was inspired by Hirst’s childhood memories of the comic 2000 AD. Hirst explains that the comic “used to have a character in it called Tharg the Mighty who had a circle on his forehead. He was like a kind of powerful God-like figure who controlled the universe…It kind of just looked like it needed something. A third eye; a connection to Jesus and his dad.”