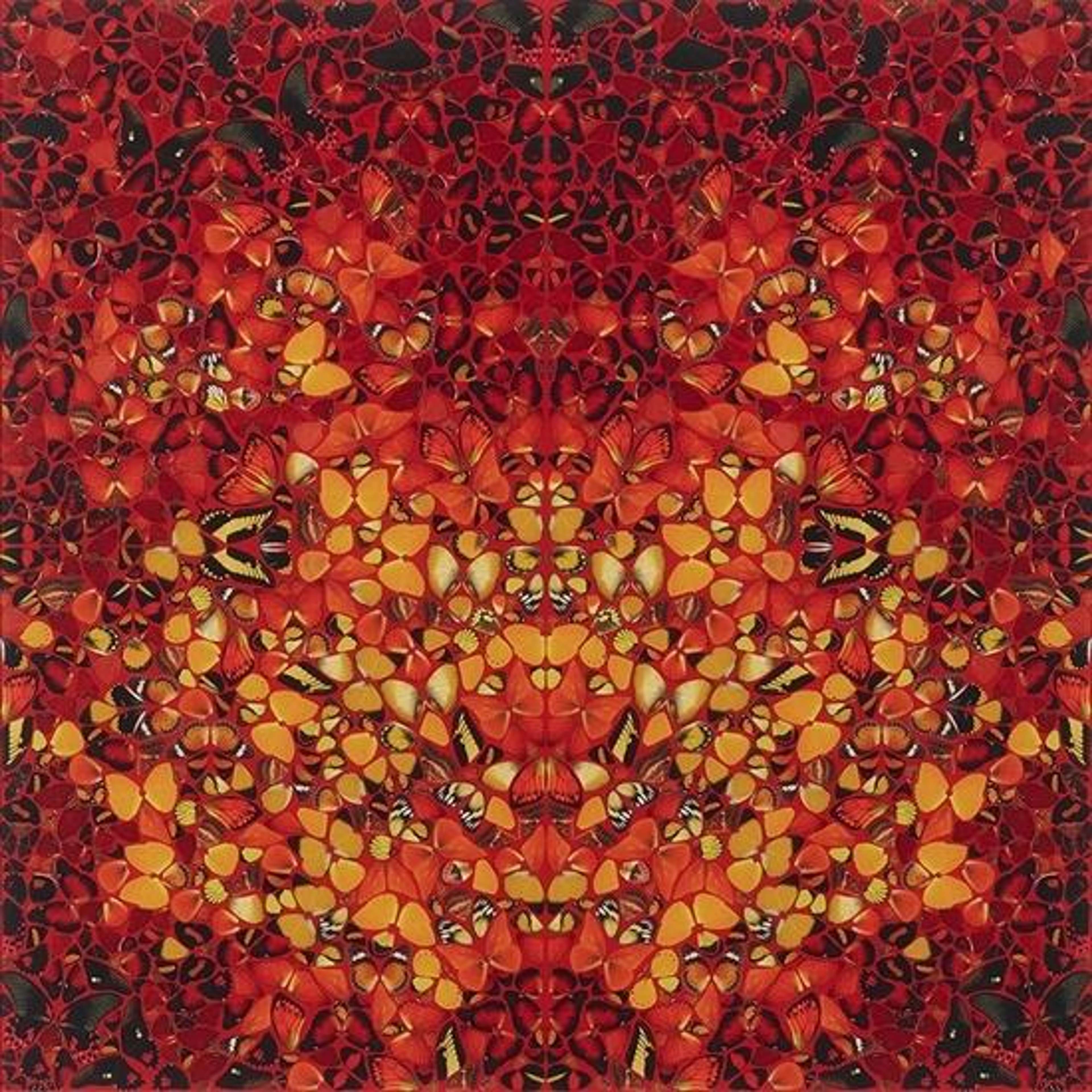 H6-8 Fire is a Diasec-mounted giclée print on aluminium composite panel by Damien Hirst, produced in 2020. The print depicts an intriguing arrangement of butterflies which form an intricate geometric pattern. Resonating with the name of the print, bold and vibrant reds, ambers, oranges and yellows dominate the composition.

Fire is one of four prints in The Elements series. The series was inspired by the four elements, Earth, Air, Fire and Water. Hirst was intrigued by the important role these elements assumed thousands of years ago. Greek philosophers argued that the Universe was composed of these four elements and the balance of these elements controlled and influenced all living matter.

Fire resembles the paintings in Hirst’s Kaleidoscope series. The first Kaleidoscope painting was produced in 2001 and was made by placing thousands of different coloured butterfly wings in delicate geometric patterns into paint. Butterflies are one of Hirst’s most iconic motifs. The insects carry significant spiritual symbolism as the Greeks used them to depict the Psyche and soul. In Christian imagery, butterflies have been used to signify the resurrection. The butterfly’s symbolic heritage is significant as Hirst has always been fascinated with themes of life and death, subjects he often explores in his works, for example, with his Skull sculptures.