A Map of Days (blue) 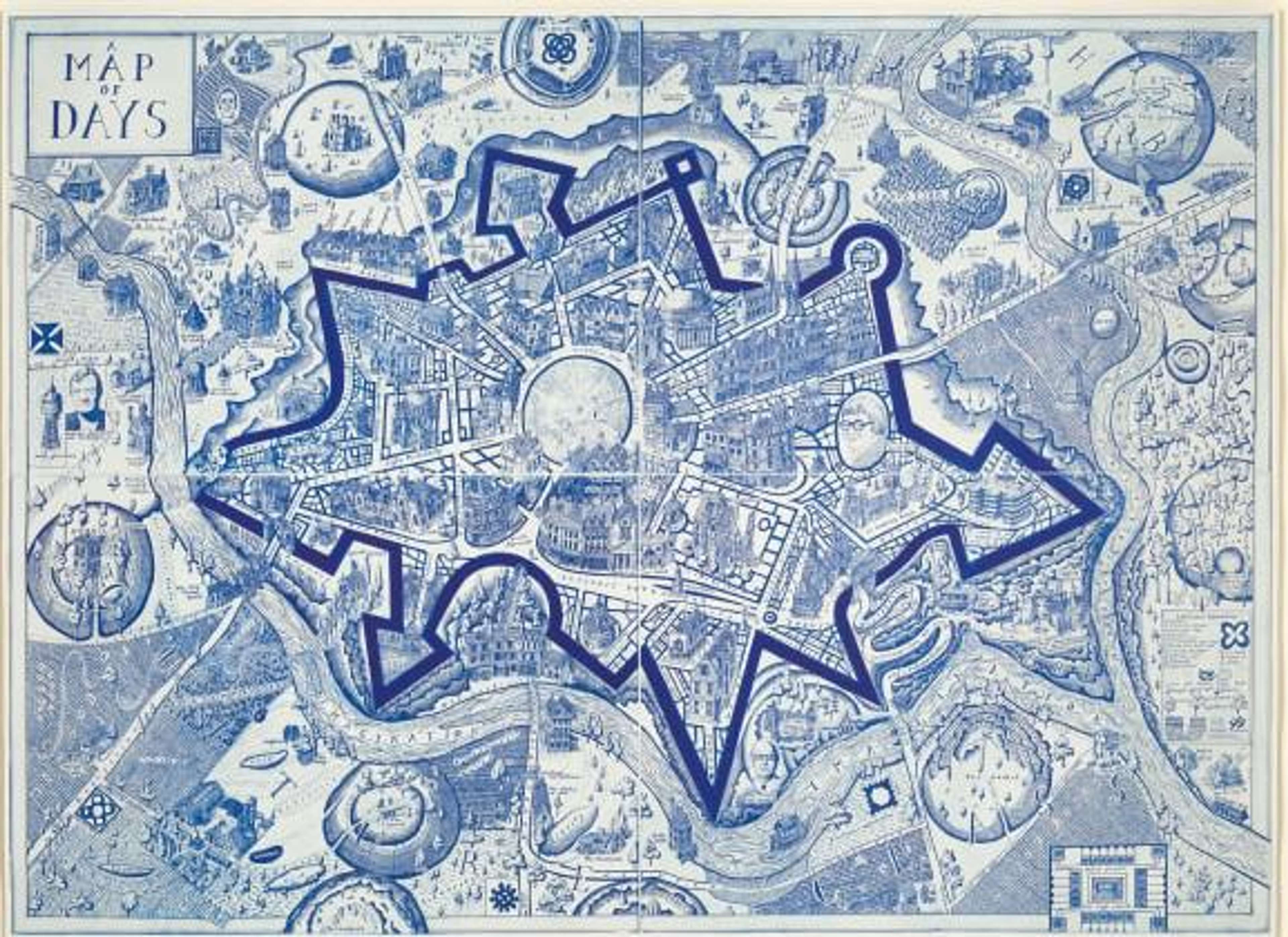 This signed etching from 2013 is a limited edition of 20 from Grayson Perry’s Maps collection. The print presents a map overlooking a walled city and its surroundings. The city’s walls are well demarcated through Perry’s use of a bold thick line, whereas, around the city, the surrounding landscape shows castles, markets, cultivated fields and a system of interconnecting roads, each carefully labelled by the artist.

The print was created for an exhibition at the National Portrait Gallery and in conjunction with Perry’s show on Channel 4 Who Are You, and was loosely inspired by a map present in John Bunyan’s 1678 The Pilgrim’s Progress. The city, in Perry’s words, is a metaphorical self-portrait aimed at charting the coordinates of his own identity. By removing a central core from the representation and delineating the city through walls, Perry meant to highlight the relational nature of the self, which lacks any definitive and stable essence and is instead thought of as always contingent and influenceable by the surrounding environment.

In a statement on his reflections on the question of identity as fluid, a theme the artist explores repeatedly in his art as well as in his life, Perry declared: “the "self" I think is not a single fixed thing but a lifelong shifting performance. In the centre is an open  space; there is no pearl, no central core; our "selves" are but shifting  layers of experience. My "sense of self" is a tiny man kicking a can down the road”.