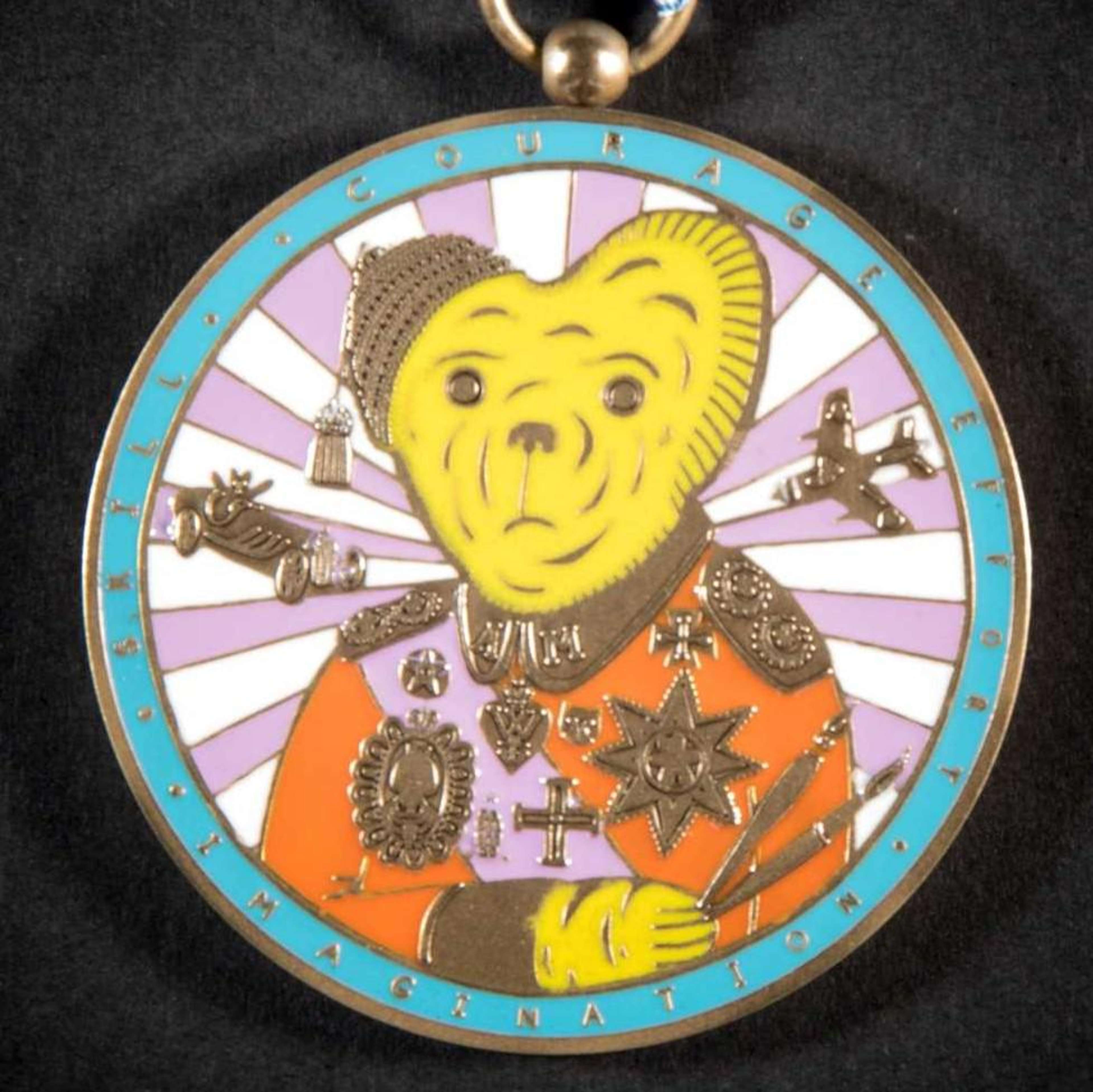 This enamel and bronze medal from 2018 is a limited edition of 300 from Grayson Perry’s Medal collection. The vividly colourful medal, also known as Teddy Bear Medal, portrays the artist’s own childhood teddy bear in the guise of an artist turned war hero, while a radiating pattern emanates from the toy and a plane and car reference wartime.

One of Perry’s most unexpected works, this medal was produced on the occasion of the artist’s first solo exhibitions in France, entitled Vanité, Identité, Sexualité and held at the Monnaie de Paris. While the representation of Alan Measels, Perry’s toy, is not at all uncommon in his production and is on the contrary a recurring character in the artist’s universe, its war guise is a first in Perry’s production. Overall, the medal is evocative of commemorative war medals, given to soldiers after the end of conflicts or to the soldiers’ families. While this reference to wartime is mostly absent in Perry’s production, its presence is soon explained with reference to the artwork’s commission. Indeed, the Monnaie the Paris is famous for producing to this day Legions of Honours, and Perry decided to honour the museum and its history by means of this unique work.

Bringing together Perry’s world of bright colours and his Alan Measels together with the history of the Monnaie de Paris, this piece is as intriguing as it is rare, particularly given the rarity of metalwork produced by the artist - see Faith In Shopping for another example of Perry’s metalwork.