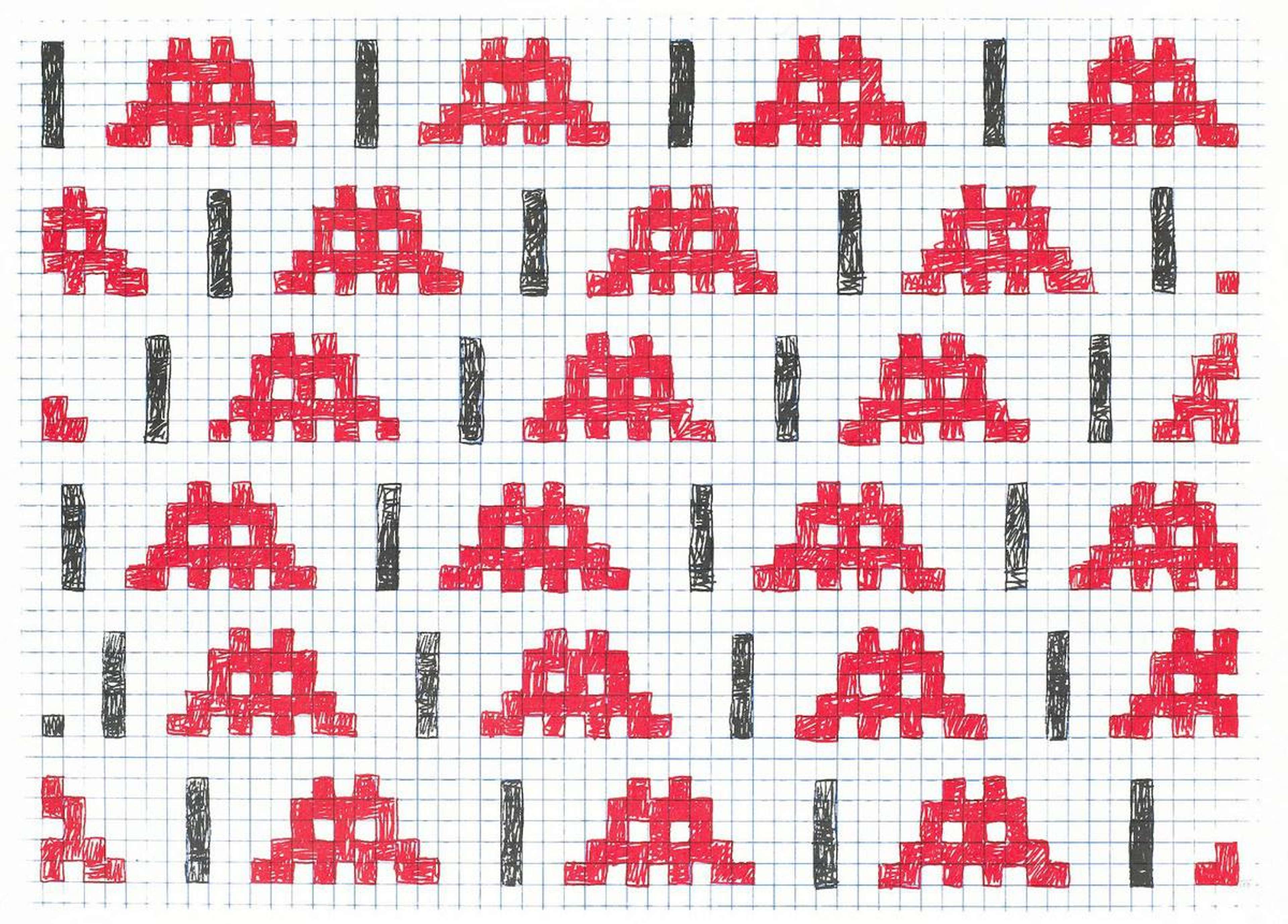 Homeworks is a limited edition signed screen print by the French street artist Invader, released in 2006 in an edition of 100. The print is executed on graph paper, the type one would complete maths homework on in school. Invader’s iconic Space Invader characters ‘invade’ the page, forming an army that is divided by black solid lines, five squares long.

Homeworks depicts the street artist Invader’s recognisable space invader characters doodled onto the page of a maths book. These red, pixelated characters are in a horizontal formation across the page, separated by black lines in between each character. These characters are taken directly from the video game Space Invaders, which the artist grew up playing in the 70s and 80s, and also forms the artist’s pseudonym concealing his identity.

The artist typically ‘invades’ populated, urban areas with his graffiti art. Invader often executes his work in a quick and discrete manner, and the same haste of completion is visible here: the image scribbled on like one would a doodle in class, under the watchful eye of the teacher. Invader’s video-game characters have become iconic, somewhat of a trademark for the artist.