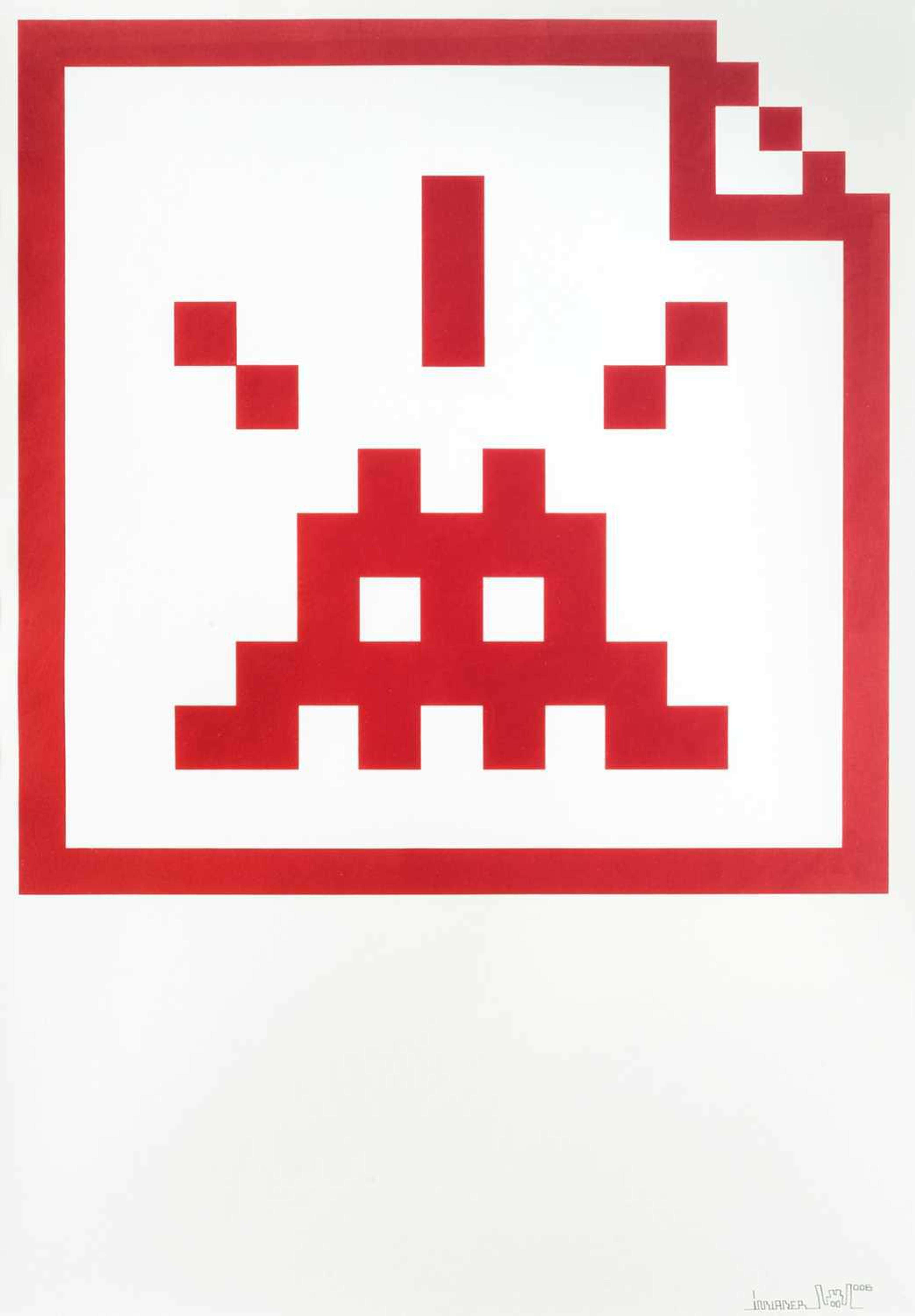 Space File (red) is a signed screen print made by the renowned French street artist Invader in 2007. The print comes in an edition of 30 and depicts a pixelated icon denoting a computer file. The image is rendered in red and Invader adds a red alien in the centre of the file icon. The alien has energy lines emanating from it’s head which gives the impression it is communicating with other extra-terrestrial creatures.

The alien depicted in this print is a repeated motif that runs throughout Invader’s work. The character is inspired by the popular arcade game, Space Invaders, created by Japanese game manufacturer Taito in 1978. The arcade game had a profound impact on the development of Invader’s artistic style and the artist’s use of pixels resonates strongly with the 8-bit visual register of arcade games.

As well as producing alien prints, Invader is known for his mosaics made using square, ceramic tiles. The artist has installed mosaics of aliens all over the world, in locations ranging from metropolitan cities to the ISS (the International Space Station). Invader has even installed a mosaic below sea level in the Cancun Bay in Mexico. The vast range of locations captures Invader’s desire to liberate art from the confines of institutions and galleries, making it more accessible to ordinary people.