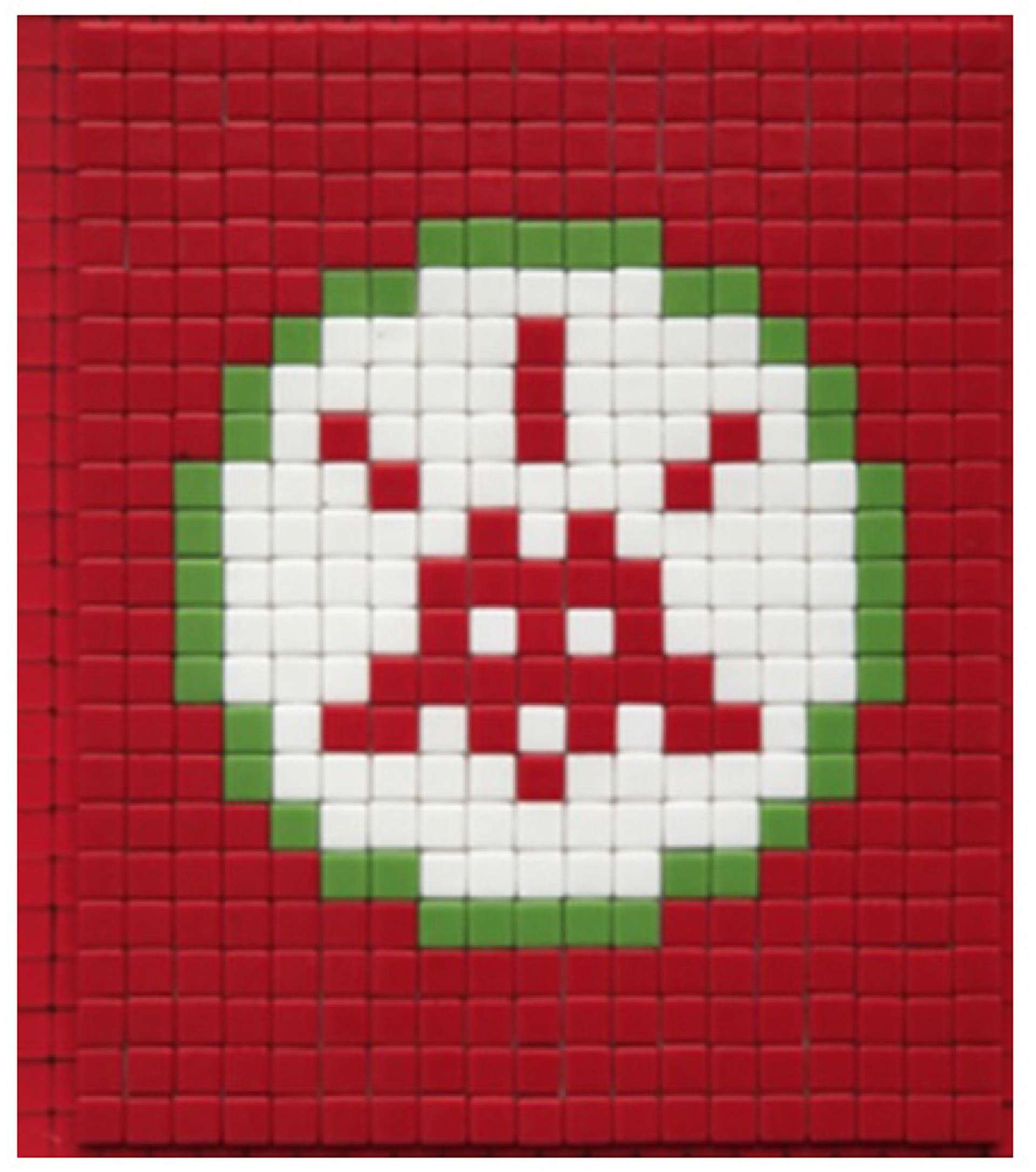 This signed micro mosaic from 2010 was released in a limited edition of 60. Against a bright red backdrop, the mosaic shows a red Space Invader, through which the artist has reached world recognisability, on a white background, inscribed within a green circle.

What at first might look like a typical Invader mosaic, upon closer inspection reveals itself to be a book cover. The book is Invader’s Invaderoma, the artist’s fourth Invasion Guide that records the artist’s 2010 invasion of the Italian city. The Invasion Guide was released in a very limited edition on the occasion of Invader’s exhibition at Wunderkammern, Rome, where Invader held his first Italian solo exhibition. In conjunction with his public invasion of the city, which now records 75 Space Invaders, the exhibition paid tribute to Invader’s Rubikcubism series and offered the public the possibility of buying aliases of the newly-attached Space Invaders.

The Invasion guide pays homage to the Italian capital by adopting the three distinctive colours of the Italian flag, green, white and red. Together with Mission Miami this piece presents one of the rare micro mosaics executed on the book cover, an interesting alternative for anyone who might want to engage with Invader’s art while also developing an understanding of the artist’s modus operandi. 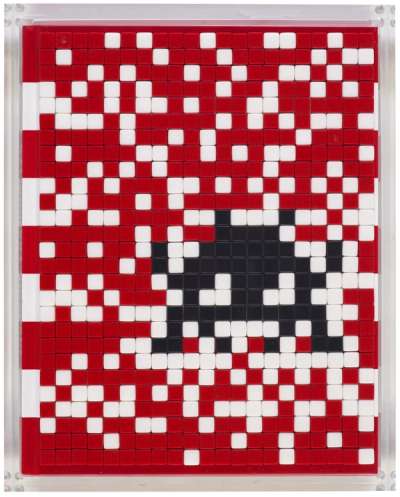 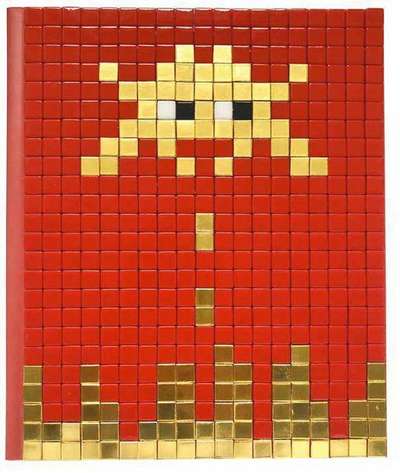 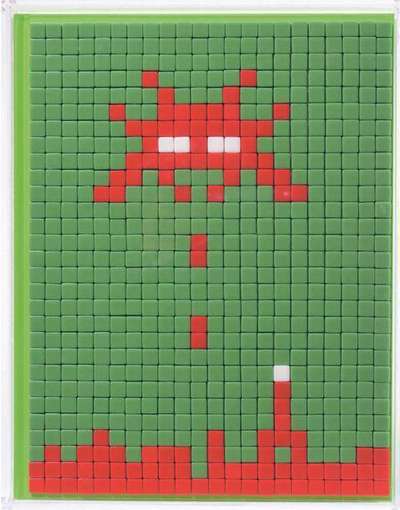 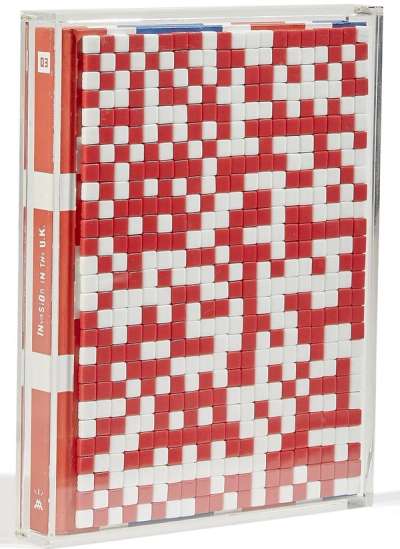 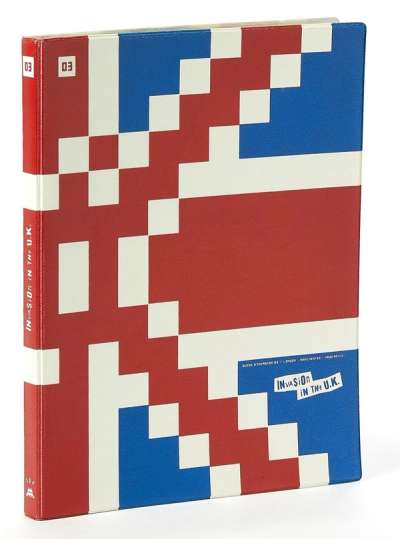 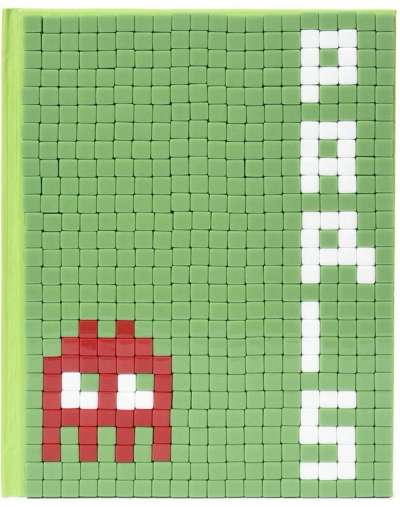 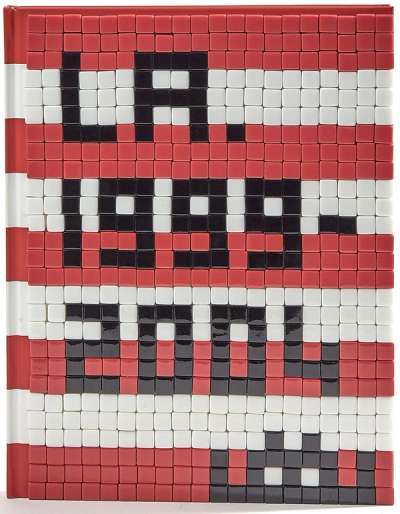 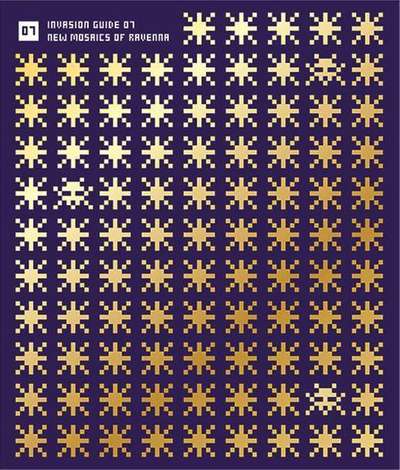