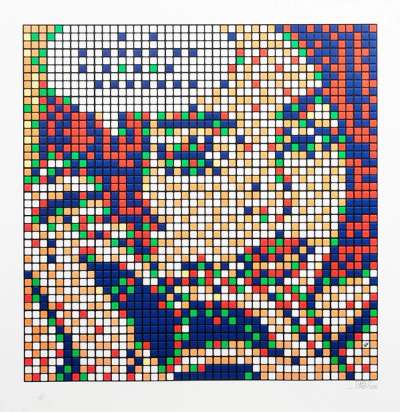 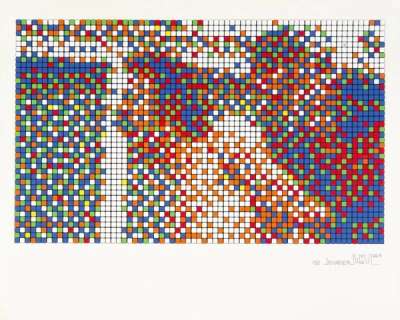 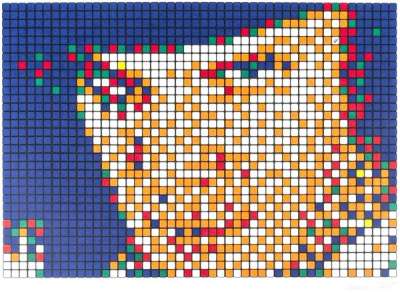 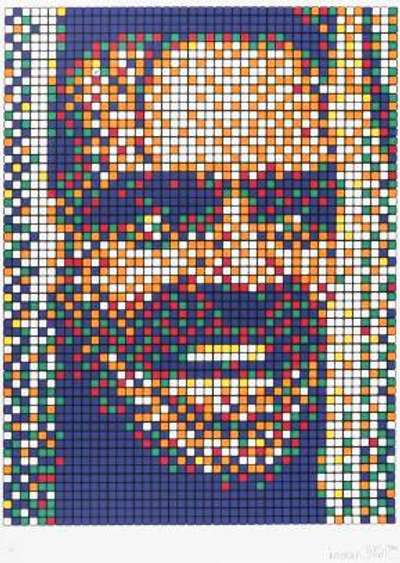 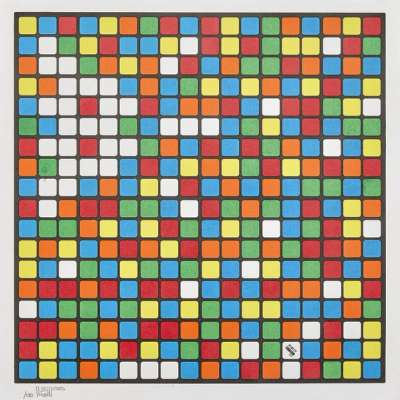 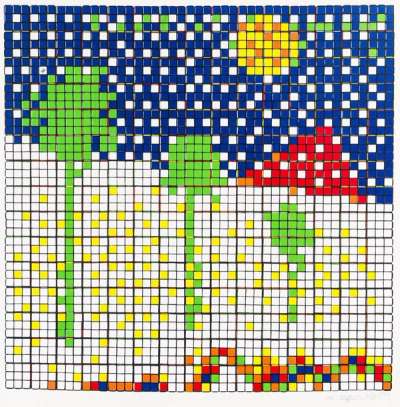 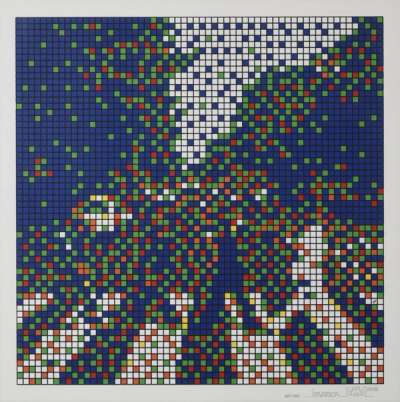 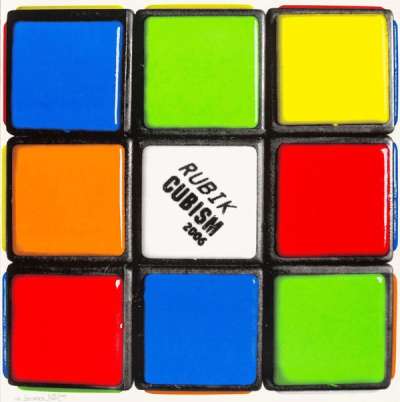 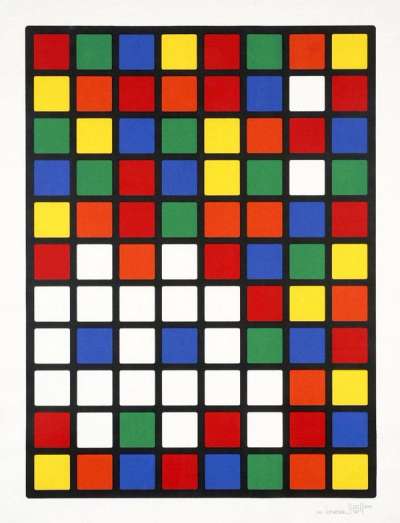 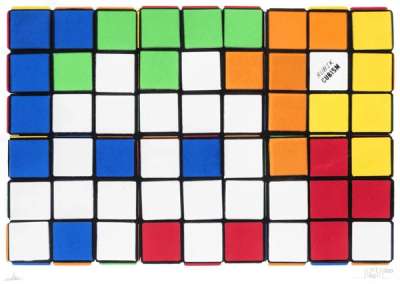 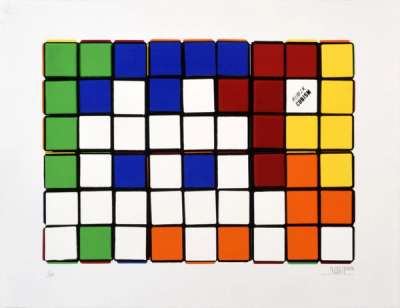 In keeping with the theme of games that defines Invader’s work, his series RubikCubism was painstakingly formed using Rubik Cubes as ‘tiles.’ The artist defines Rubikcubism as a “fine art school developed in Paris in the early 21st century and characterised by the use of Rubik Cubes as a medium.”

As this brief definition already suggests, the artworks belonging to this series, here meticulously reproduced through the medium of screen prints, are the result of the carefully-planned, lengthy and strategic manipulation of Rubik Cubes. In this context, each Cube constitutes a single mosaic-like tile, which is then conjoined and assembled with other Cubes-mosaics to give rise to the final picture. With a palette of only six colours per Cube, the artist skilfully twists dozens, at times hundreds, of Rubik Cubes to achieve increasingly detailed and nuanced representations.

Astonishingly, despite this level of complexity and the patience required to build the artworks, Invader does not constrain himself to simple and quasi-abstract representations, as might have been expectable. Rather, the artist achieves unheard-of levels of precision, creating incredibly minute and detailed portraits which oftentimes quote popular culture, famous album covers or movie characters of the caliber of Al Capone, Charles Manson, or, in this case, the infamous movie villains Jack Torrance, from Stanley Kubrick’s The Shining, or Alex DeLarge, from Kubrick’s Clockwork Orange.

Rubikcubism thus represents the culmination of Invader’s multifaceted artistic practice, coalescing together the artist’s fascination with games, popular culture and the deconstruction and reappropriation of images through the pixelated effect afforded by mosaics, or in this case Rubik Cubes. In this sense, it can be seen as the logical extension of the large-scale world invasion begun by the artist in the 1990s. At the same time, the level of mastery required to manipulate the Cubes, as well as the time-consuming handiwork necessitated by each portrait, place Rubikcubism within a more traditional and elevated tradition of fine art, remindful of the early Pointillist paintings of Georges Seurat or Paul Signac. For this reason, Rubikcubes have now been exhibited all around the globe, with the first exhibition held in Paris in 2005 at the Galerie Patricia Dorfmann, followed by Invader’s first-ever exhibition in North America at SixSpace in Los Angeles and by a third exhibition in 2009 at the Lazarides Rathbone Gallery in London, attesting to Invader’s growing global visibility within the commercial art scene.

The Rubik Cube was invented in 1974 by Erno Rubik, who patented it in 1977. Ever since, the Cubes have become part of popular culture, still inhabiting the imagination of children and adults alike. In 2007, commenting on his invention, Rubik stated: “I am glad that the cube is reaching new generations, who face it with fresh wonder, curiosity and enthusiasm.” Whilst it remains uncertain whether Erno Rubik is aware of Invader’s project, Invader’s artworks, and the screen prints here reproducing them, literally take up Rubik’s invitation and propose a new, playful and original way to look at the classic game, repurposing it to fit the gallery space and giving it a new life.

Hello My Game Is