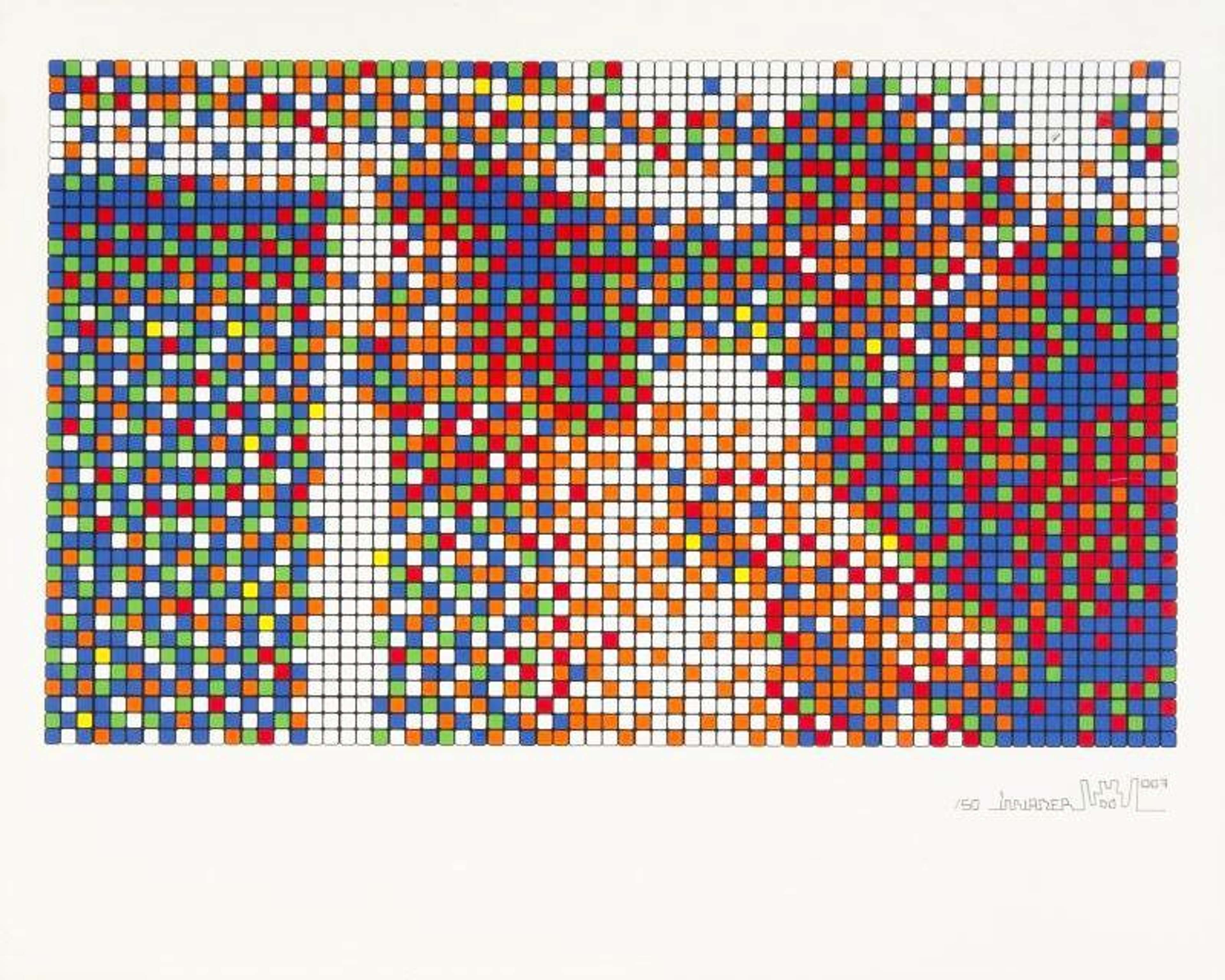 This signed screen print from 2007 is a limited edition of 50 from Invader’s Rubikcubism series. The subject of the print is ambiguous. It depicts a man caught in the act of screaming, as the title suggests, but it remains unclear whether, standing behind him, there is a policeman handcuffing him or possibly someone chasing him.

The print imitates the techniques used by the pointillist paintings of George Seurat or Paul Signac, both of whom sought to enhance the vibrancy of the colours used in their canvases by juxtaposing different primary colours rather than mixing the paint beforehand. Invader achieves this same effect by juxtaposing, instead of dots of paintings, the faces of thousands of Rubik cubes that he played with. By twisting the cubes, Invader achieves different colour combinations and uses the cubes’ facades as small mosaic tiles to create complexity and give nuance to the depictions.

In this case, the print is a clear homage to the splatter movie Scream II. It was presented for the first time as part of the Bad Men II show at Lazarides in London, where Invader held an exhibition in 2007. For Bad Men, Invader portrayed famous villains who occupy a place in popular culture and cinematic history. (See also: Clockwork Orange, The Shining).

A testament to Invader’s fantastic imagination, this print coalesces together his fascination with popular culture and his formal experimentation with media that allow him to create pixelated aesthetics for his artworks, a style that has become synonymous with his art.