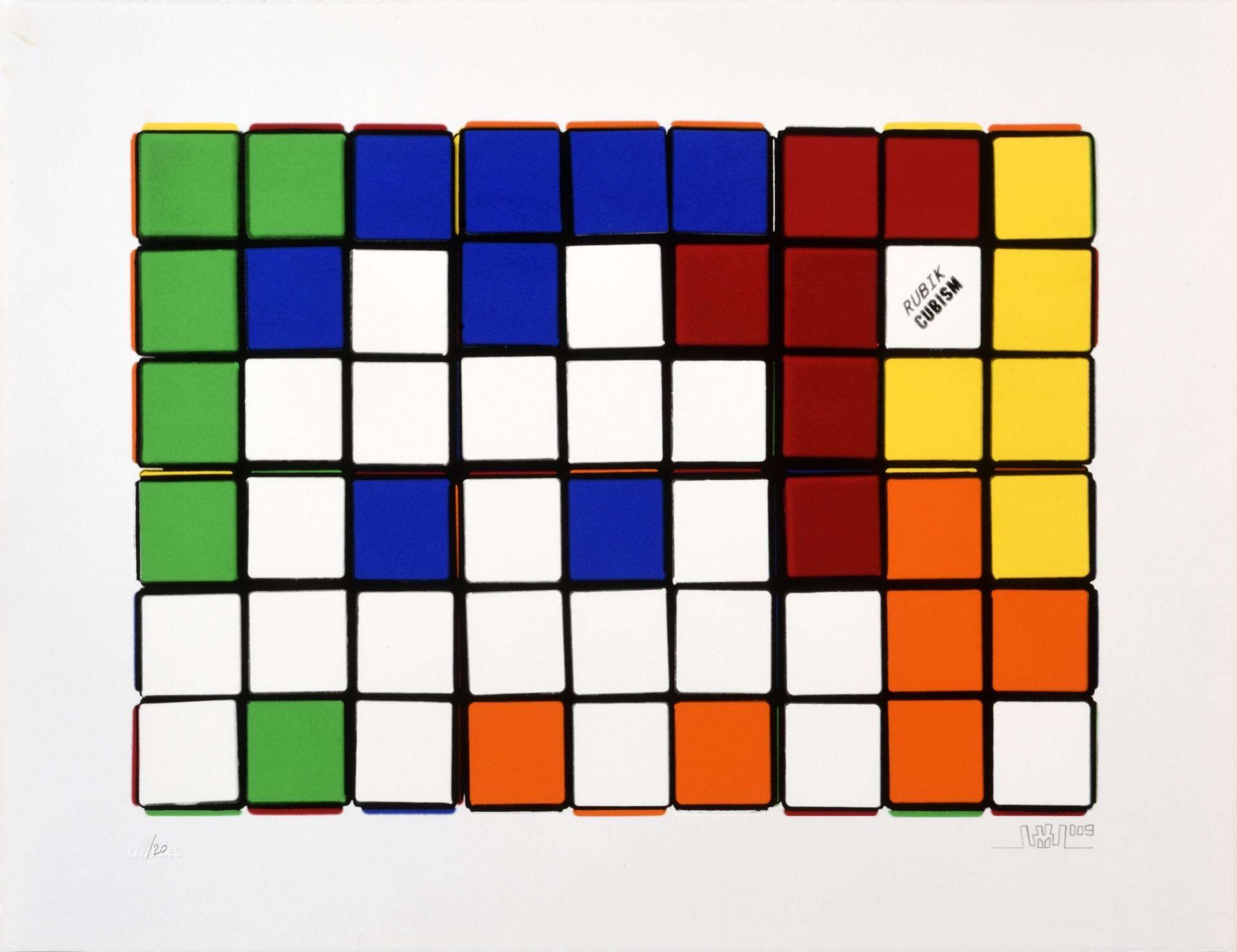 6 Cubes (blue and yellow)  is a signed screen print in colours on wove paper released in an edition size of 20. The work shows six Rubik’s cubes arranged in a 3x2 grid formation. The bright colours of the cubes animate the print which is dominated by white, red, blue, green, orange and yellow. Invader’s strategic manipulation of the Rubik’s Cubes reflects the artist’s ability to see the art in games.

6 Cubes can be seen alongside a variety of other artworks by Invader that are part of the Rubikcubism collection. The collection features a range of prints, all of which are inspired by the popular 3x3 combination puzzle, the Rubik’s Cube, which was invented by Hungarian sculptor and professor of architecture Ernő Rubik.

Rubikcubism captures Invader’s fascination with games and the way they inspire his artworks. The collection also reflects Invader’s obsession with pixelation and mosaics and the way he incorporates these shape patterns into his prints. Discussing Rubikcubism, Invader has described it as an artistic style which ‘developed in Paris in the early 21st century and is characterised by the use of Rubik’s Cubes as a medium.’